After a few delays kept the game off mobile stores, Cremative has released mobile versions of its epic arcade brawler Clan N into the wild.

Clan N is fast-paced, combining classic arcade gameplay with modern brawler action. You use a variety of attacks, combined with dodging and blocking, to slice through a wide range of enemies. 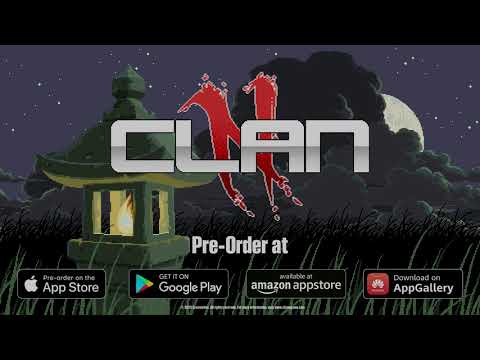 Set in an ancient Far East world, Clan N is about a samurai group sworn to protect the realm from those who seek to destroy it. The members of the group consist of the ninjato-wielding ninja Akira, the staff-striking Reina, the dual sword swinging Daiki, and the sickle slashing monk Tarou.

Each character in the clan uncovers their own special magical abilities which helps them battle the forces of evil. For example, Akira shoots pulse-filled lightning bolts while Reina controls vicious earthquake shocks. Daiki swirls up brutal tornado waves and Tarou can call for help from divine dragons.

Altogether there are seven different levels in Clan N, divided into more than 50 subsections and featuring a diverse range of enemies who accompany dangerous bosses and casual mini-games which are integrated into the main crux of the gameplay.

Clan N also has co-op too if you want to join up with three friends and take the brawling action online.
The game was originally slated to release at Christmas last year, but the date was pushed forward to January. It then received another delay, further bringing to release this month. It looks like the game is finally available for mobile users to get their hands on.

You can download Clan N from the iOS App Store and the Google Play for Android store today, where it is a free to play title containing adverts and in-app purchases.