Our community cracks up

Chuchel is the latest adventure game from the masterminds behind games like Botanicula, Samorost 3, and Machinarium, and we reckon it's a very charming, silly title for everyone to enjoy.

Sound good? Then go join the App Army! And come right back to read the reviews of Chuchel! 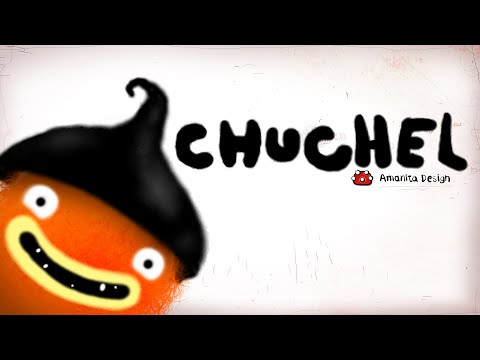 Chuchel is like a zany Saturday morning cartoon TV series from another planet. Made up of 30 episodes, the game doesn't have a real story, unlike the other Amanita Design offerings. What it has are tons of fun, heart-warming, funny moments that'll make you laugh out loud.

Gameplay-wise, it mixes adventure elements with arcade elements, but even the arcade sequences are still puzzles, because they borrow from gaming staples like Tetris, Pac Man, Helicopter Cave etc., changing them in new and head-scratching ways.

I liked the animations and the humor, but I wasn’t sold on some control choices (they make the arcade sequences harder than they should be). All in all, a fun game that I'll probably complete by the end of the weekend (I went through the first ten levels in about 80 minutes, taking my time to discover as many funny animations as possible).

I think it's a good game to introduce kids to adventure gaming, perfectly suited to be played by the kid while the parent looks, laughs, and eventually helps with the harder puzzles.

Chuchel (pronounced “who-hell”) is an odd game. If you’re a fan of Amanita Design's other offerings, like Machinarium, Bontinicula, or the Samorost series, then know that Chuchel is not like those. Where the aforementioned games offered richly-drawn backgrounds full of stuff going on and amazing details, Chuchel takes a minimalist approach.

The other games are story-driven, point-and-click adventure games with interactive stories that encourage exploration and puzzles that propel the action forward. Chuchel is more like what you'd get in a game if Toca Boca decided to produce more adult-oriented content. Chuchel is more of an activity surrounded by a story, all held together by animated bits.

The game is presented across 30 levels. In order to progress, you need to solve puzzles. These are often very simple and intuitive, easily solved in seconds. Should you struggle for longer than that, the game often drops a great big hint flag right in the middle of the action, and even if it doesn't, the solution is always only a click away in the upper left corner.

The joy of playing the game comes not from solving the puzzles (although that can be fun), but from interacting with all of the items in the scene, be it a single thing like a tree trunk, or a room full of toys and furniture. All are presented against a plain off-white image, so it's very easy to see everything and not miss anything.

I would recommend this game as a pleasant time-wasting diversion, as reactions in the game will provide many chuckles, except every few short levels the game throws a wrench at you. I'm a little over half-way through and so far there’s no predictability to the change, and that’s a problem.

Twice now I've been winding down with a few quick levels only to find I’m suddenly thrown into the Chuchel version of "Flappy Bird", that goes on and on for several screens, up this way, down that way, backwards, sideways, upside down. Every so often Chuchel mixes it up completely and throws you in to the Chuchel version of an 80's handheld game, or a modern app hit, or a mini-console favorite. And there’s no pause! So you're either committed to the end or you quit, get that much-needed rest, and start over the next day.

I was more irritated by that development than pleased. None of the Chuchel arcade-style games are very difficult, but there's no predicting when they'll happen and in my opinion they go on for too long. They lack the sweet, relaxing interactivity of the normal levels, so can be jarring depending on your circumstances. The arcade levels also means that Chuchel can't necessarily be counted on to provide short, consistent entertainment while waiting for an appointment, for example.

There's a third type of level too: the non-level. These are just animations, but in order to move the scene forward you must interact with the animation even though there's no actual puzzles to solve. If you just sit and watch the action on screen, the game stalls out.

I'd recommend Chuchel to those who love what Toca Boca makes for your kids, but wish it was a bit more complex and involved so adults could get something out of it too. The game is sweet, delightfully silly, and playful. The few arcade sequences are not too difficult, but could be annoying for those who thought they were getting a sweet interactive cotton fluff of a game.

Chuchel isn't a very long game, but I can see myself coming back to play my favorite levels again, especially those with cute surprises, like a bathtub full of colorful partying creatures all playing crazy loud tunes. The sweetness sticks with you.

We, the mobile gamers, have grown accustomed to Amanita Design bringing out great titles each boasting this game studio's unique signature style. Chuchel is no exception here, despite a very simple premise of a weird-looking hairy character retrieving cherries from other creatures attempting to get hold of it.

This is by no means a puzzling adventure, but more like a beautifully-made interactive storybook with puzzling elements, where instead of logical approach you mostly have to try out everything possible to proceed. In this respect I think it's best suited for spending some quality time with your little ones, who will undoubtedly adore all those amusingly bizarre and immediately lovable "monsters".

Last couple of years, the industry of mobile gaming is making a giant leap forward in terms of high-quality titles being released on a regular basis and Chuchel is like a cherry on top of all that extravaganza.

This is a very strange game indeed. The creatures remind me of nothing I have seen before so add an interesting aspect to the game.

You play the role of a black fur-ball thing trying to get a cherry, but keep being out smarted by a weird mouse looking thing. The puzzles are somewhat challenging but I find that it is more of a process of trial and error, rather than logical thinking.

The animations are cute but do get a little confusing, especially when all you want to do it complete the puzzle. The lack of HUD does make the game look clean and crisp, and despite the animations being over the top, they do look good.

This is a polished game that is for any fan of a puzzle game, but not for someone looking for the speedy puzzle game (if that makes sense).

Chuchel is a frantic puzzler that channels the giddiness of a toddler for a memorable experience.

The puzzles themselves are on the easy side compared to some of the studio's previous offerings such as Machinarium, but the offbeat art style and mixture of gameplay is beautifully executed. It reminds me of old point-and-click games from the '90s, but probably won't please hardcore puzzle fans.

Chuchel is a great example of how good characters and narrative can offer as much quality as interesting mechanics can. 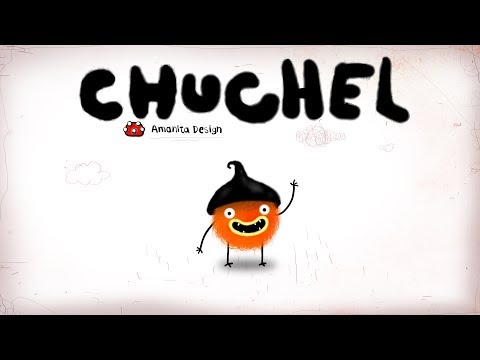 Chuchel, very loosely, is a point and click type game with a great art style. You are a, or the, Chuchel, a strange looking black fluff creature with arms, legs and an orange hat, and, along with your hairless equally strange looking pet who is just as much a hindrance as a help, you set about each screen or screens trying to retrieve your cherry.

Every screen has a number of items or creatures that either you, your pet, or Chuchel can interact with by tapping on them, or tapping on your pet then the item or a creature. All the animations make it feel like you are playing an interactive kids cartoon, and there are lots of animated sequences to be seen.

You can have a lot of fun going through the combinations and watching character reactions or events play out. Once you eventually solve the current puzzle and retrieve the cherry it is unceremoniously taken away from you and a new screen or screens are presented to you with a new puzzle to complete.

This game even manages to use the same characters to get you to play a version of Space Invaders, Pacman, and Tetris, but combined with the animated characters in the game, its art style, and humour.

Overall the animations are great and with virtually no interface you feel more like you are interacting in a world than playing the game. Sound, animation, music, and art style combined make this a really impressive package.

The way the characters interact and animations play out are pretty seamless and add to the overall feel that you are interacting with the game rather than playing it which gives it a different feeling to most games I have played.

It is really hard to put this game into words and convey the actual feeling of playing it, it's one you need to play yourself, the kid inside you will thank you for playing it. Recommended.

Very interesting game that’s initially hard to explain in terms of what it's all about.

Starts out like a weird point-and-click that had me touching every part of the screen trying to figure out how to move and control things, then it gradually moved to some arcade-style gameplay with some old classics included.

I’ll say this for whatever the developers wanted the game to be, it’s very entertaining and the characters are fun to watch.

It’s a fun game not overly challenging or too simplistic, there’s times you’ll breeze through a section and other times you’ll be lost completely for a moment but never are you bored and that says a lot.

Definitely worth checking out.

Cute, fun and somewhat frustrating. This game has entertaining characters and gameplay however it can be frustrating at times. The character you play as is a fuzzy creature with arms and legs.

The main goal throughout is to obtain a cherry by solving puzzles and completing mini games. Not much guidance is given so I found myself clicking my phone screen which lead to frustration at times. You are provided clues on how to solve the puzzles after the game realizes you've failed to figure them out in a certain a amount of tries.

I did find the game to be entertaining but wish more instruction was given to help clarify areas of confusion.

0/7
Next Up :
Definitive Apple Arcade games list - Every available title so far