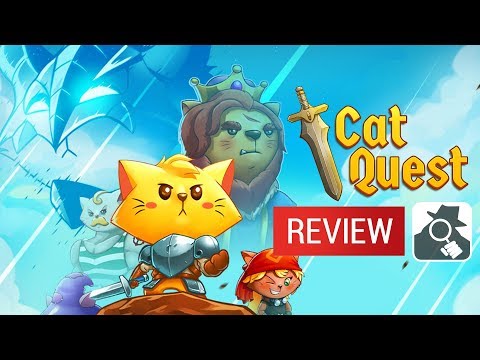 Subscribe to Pocket Gamer on
Let's get this out of the way first. Cat Quest is absolutely delightful.

It's presented in lovely cartoon hues, almost every third word is a cat pun, and the whole game is dripping with the sort of quality you'd expect from the very best devs on the App Store.

And the nice thing is, this is a game that has enough chops to back up its pretty pretty swagger. There are shades of some classic 16bit RPGs here, but everything is wrapped up in a system that works wonderfully on mobile.

It might not be the biggest game in the world, but I can guarantee that every moment you spend with it is going to be spent with a big ol' smile on your face.

The game is all about leading a chosen-cat on a journey to rescue his kidnapped sister. You've got a fairy friend who gives you tips, and a pretty massive world to go and explore.

Everything is controlled with swipes and taps. Tap on the screen and your feline friend will leg it in that direction. Tap on an enemy and he'll start a scrap with them. 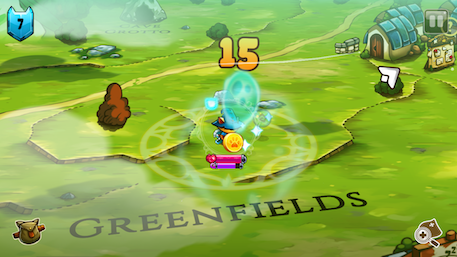 During these fights, red circles appear around your foes. These show the distance the bad guys can attack. When they've filled in, they'll take a swipe. If moggy is in the circle at that point, he'll take some damage.

So there's a good deal of running away to avoid damage. It's a neat system, and sometimes your fuzzy pal will take a hit. Other times he'll dodge out just in time.

You get new equipment you can wrap the cat up in. There are hats, vests, and weapons. On top of that you can unlock new magic spells. Tap on the circle that surrounds the hero mog and you'll be able to select one of your spells to use.

Save points are found around the game world. Adorably they take the form of cat naps, where your hero will just flop onto the ground and snooze for a bit. Try not to go awwwwww every time that happens, betcha can't. 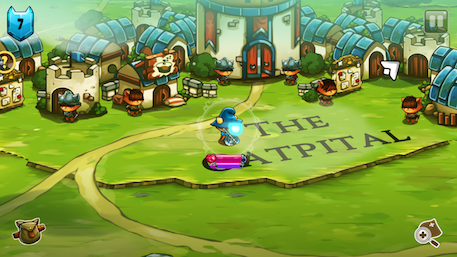 Some people will pass Cat Quest off as a Zelda clone, but that's really not that case. It plays like its own game, taking inspiration from Zelda for sure, but also from a whole swathe of other RPGs from the era.

It's nostalgic, but it's bright in all the right ways. And it looks forwards, rather than backwards, while still paying homage to the games that obviously made it what is it.

Cat Quest fizzes from the get go. It's not just lovely, it's lovingly put together. It's the sort of game you'll sit down and play, really play, and that's getting rarer on the App Store.

This is a thick and juicy experience that fits wonderfully into the palm of your hand. It's warm, welcoming, and most importantly an awful lot of fun.

A brilliant and warm-hearted RPG that deserves to be played by as many people as possible
Next Up :
DC Worlds Collide review - "DC fan service in an enjoyable gacha package"