And an update on Card Thief 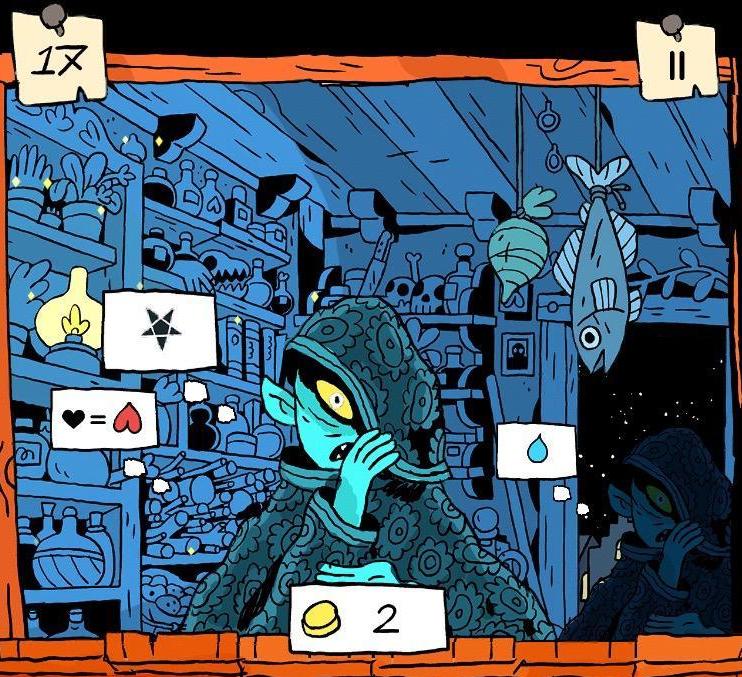 If you're a fan of Card Crawl, you're probably quite excited about Tiny Touch Tales' next card-based game, the medieval stealth/card hybrid Card Thief. But luckily for you, that's not the only card game the developer is working on. On Twitter, they revealed a new game in the works, with a vibrant aesthetic and interesting potion-brewing theme.

While the project doesn't have a title yet, the gameplay and core mechanics have been ironed out. You play as a potion vendor creating elixirs and brews for adventurers, using various ingredients to please your customers.

Combining or mixing ingredients will increase a potion's worth, but the difficulty and strategy lies in making a brew that meets a customer's desire. Special recipes will act like higher-scoring poker hands, and each playthrough will randomize card modifiers, making each game a unique challenge.

As for Card Thief, development is still going strong and is Tiny Touch Tales' main focus. With all the card art and animations done, the team is hoping to release the game by November or at least pre-Christmas.

The potion-brewing card game is expected by release in a few months. We'll keep you updated as more details and a title are revealed.