Card Crawl to get a woodlouse-lord, new cards, and much more in large update on June 11th

Tinytouchtales has announced that the Silver Award-winning Card Crawl is getting a content expansion on June 11th. There's a teaser below.
Included will be three new avatars. These are the archer, the assassin, and the woodlouse-lord. Yes, the woodlouse-lord. That's who I'll be playing as, obviously.

But these characters won't be available right away. You'll have to unlock them by completing quests. And that's another thing this update will bring: quests.

There will also be new card dealers to unlock so you don't have to look at the beer-swilling minotaur forever. These include the Undead and an Alchemist.

Moving on to the cards, some of the original cards and their art will be updated, and there will be 10 new special ability cards. 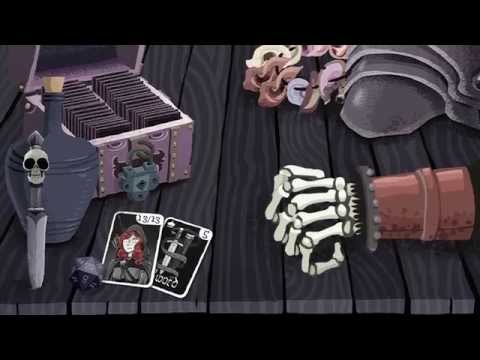 You can also expect two new play modes. The first is Streak Mode. It'll be available once you've unlocked all cards and rewards you for consecutive wins.

The second new mode is Daily Dungeons, which gives you a fixed deck to get as high a score as possible. These new modes will come with online leaderboards too.

Lastly, a new save mode is being introduced so you don't lose any games midway through them once the app is closed. And a new statistics screen will give you more info on wins and losses.

This large update makes me happy as I've just been on holiday and played Card Crawl while on the plane. It's a fantastic time waster but could do with more variety - this update brings that.