We take a peek behind Candy Crush Friends Saga's development

The exterior of King's Stockholm studio is so bland, you could quite easily walk past and not even register that it's there. The only reason you'd even notice is the giant sign with the company logo emblazoned on the side of a wall.

But take the elevator up, and it's a whole different story. Bright colours as far as the eye can see. Candy Crush characters adorning the walls. Meeting rooms named after certain games and characters. Twee? A little. But lovely all the same.

It's here that King took me and several other journalists from around the world, eager to show us around the studio, meet the developers, and teach us more about the development of the newly launched Candy Crush Friends Saga.

What lies ahead is a sneak peek behind the scenes of the studio's latest game, with a look at what goes into the art, sound, and level design, and a whistle-stop tour around the home of all the Candy Crush magic.

Apologies for forgetting everyone's name who I met at the studio. You were all lovely. One of the photos featured in this article was not taken by me! Can you guess which? Comment below when you find it! 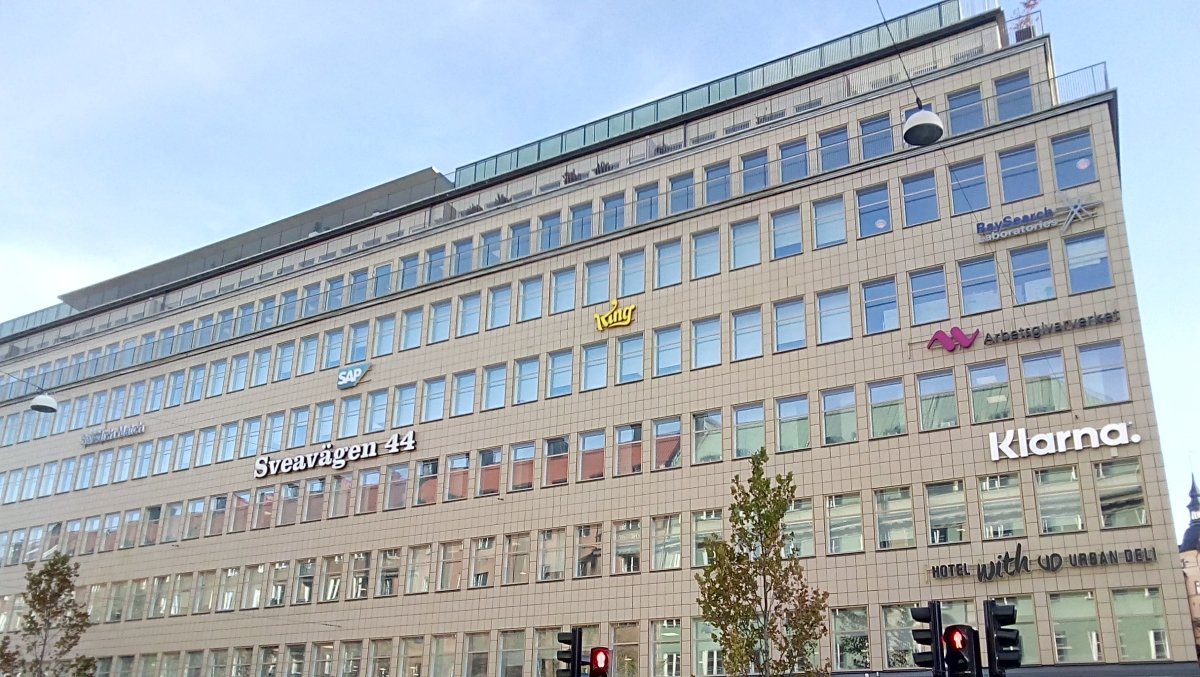 King Stockholm takes up around one and a half floors of office space. It's separated into different zones, each one with a different name and colour-coding system so you don't get lost.

Or, rather, "too" lost. The studio is a huge sprawl of desks and monitors, the king of labyrinth you'll only truly learn if you've been working there for months. Don't ask me how to get from the forest to the jungle. I'd probably just burst into tears.

Away from the real work is a number of rec rooms. The biggest one of these is a multitude of garden tables and a small kitchen space - staff come here for lunch breaks, or the odd meeting in one of the carousel pods to the side of the room. 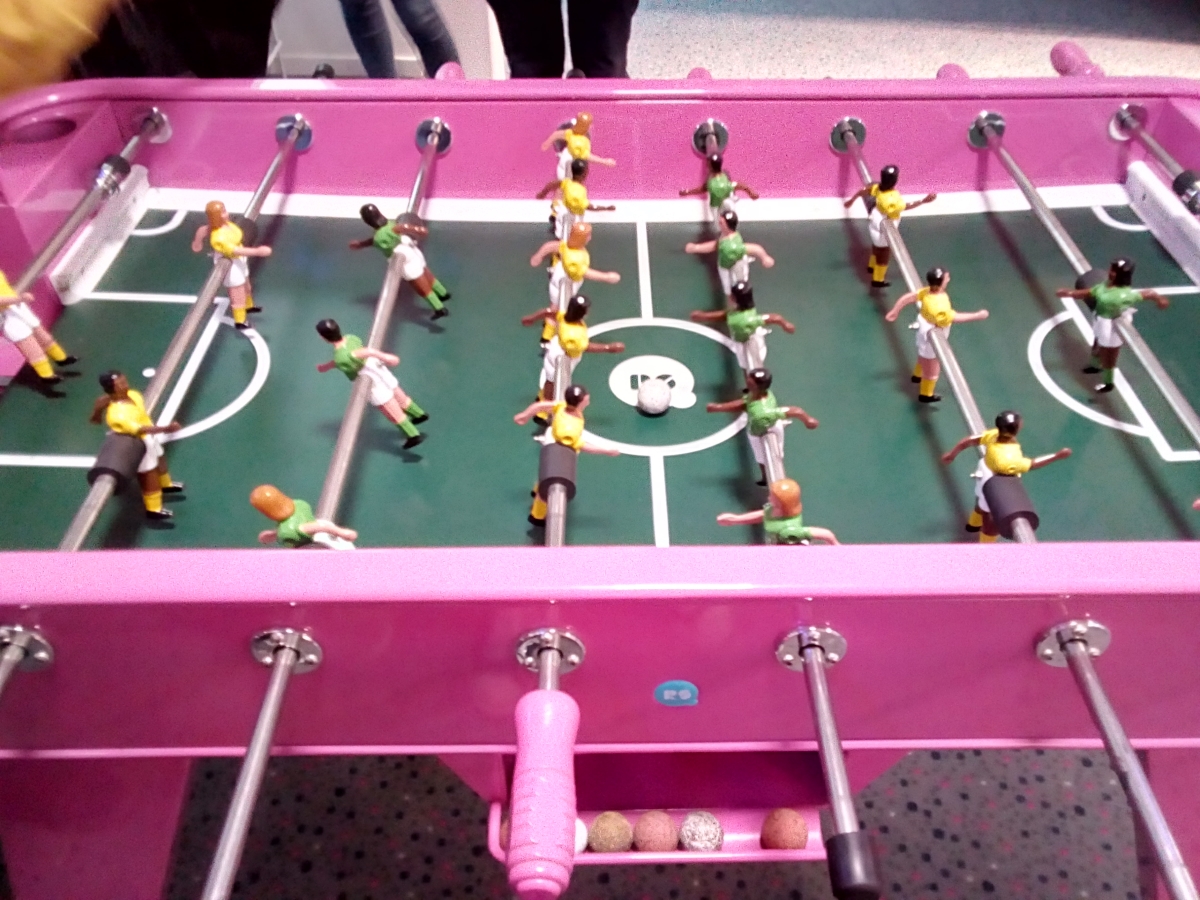 There's your usual "company culture" items you come to expect - table tennis, foosball, and trampolines (strictly for sitting on, no jumping allowed) greet you around the studio. There's even a room with pinball tables, and another, almost pitch-black room where lunchtime Mario Kart tournaments rage away on Wii Us along every wall.

But there are quieter areas too. There's a library of sorts, where the team can go and work in total silence, grabbing a book from the shelves for reference, or taking an old game from the "take one, leave one" shelf where people ditch their unwanted titles.

And there are steps to avoid it feeling too much like a tech-bro paradise. The aforementioned foosball table, for example, features players of all genders and ethnicities. It's a small touch, but a welcome one all the same.

Designing the next Candy Crush

One thing we never actually did at King's studio was play Candy Crush Friends Saga. Instead, we were tasked with designing our own levels for the game. Which, to be honest, makes for a much better phone call to your mum after.

Armed with nothing more than a laptop, a level design tool, a laptop-friendly version of the game, and a couple of Candy Crush Friend Saga's designers, we had to come up with a shiny new level that was actually fun to play.

If you weren't already aware, level design is hard.

King has a few specific rules it's stuck to with its levels for the new games. The top layers should be fairly easy to beat - the later stuff should be further down. And there's going to be a lot fewer separate blocks of candies to deal with - most of your adventure will be spent on large, singular boards. 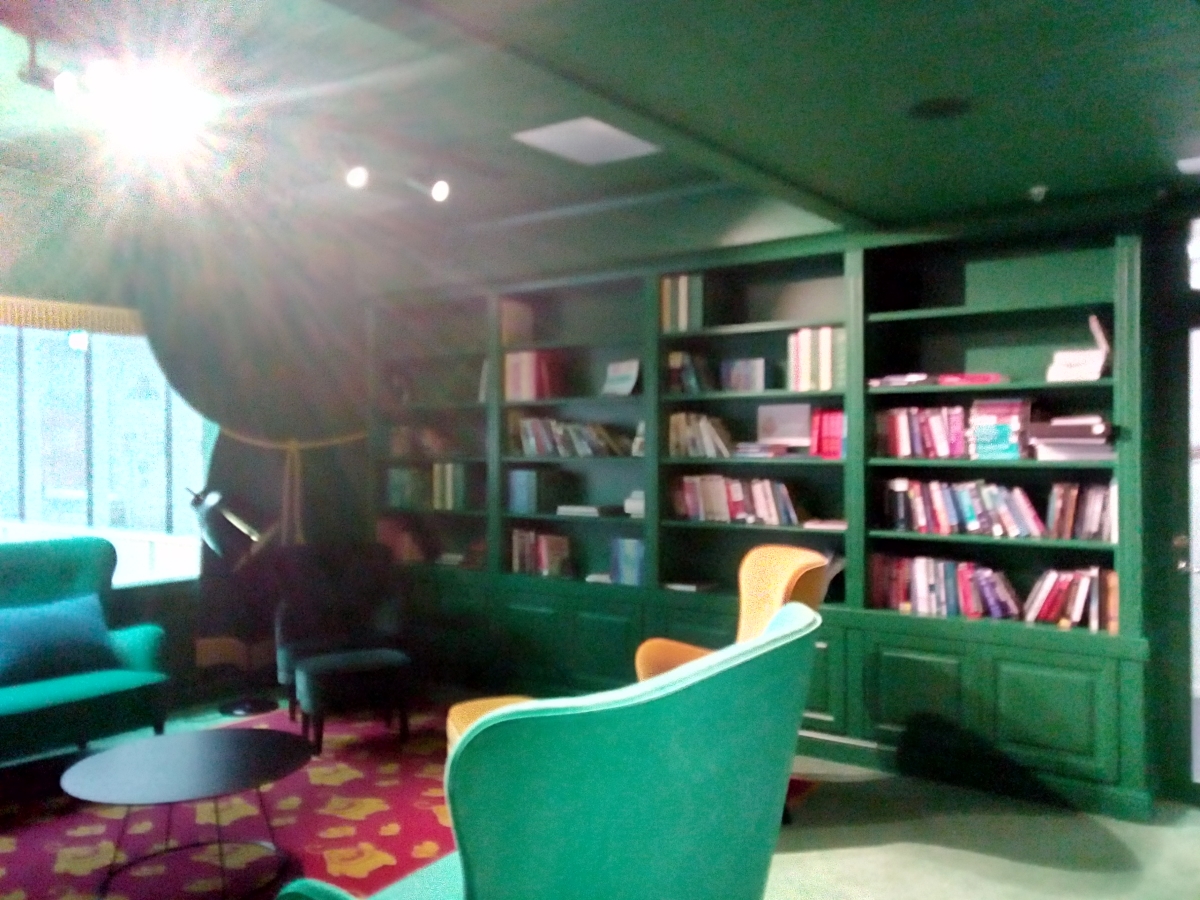 It also gave us a chance to get to grips with the new mechanics - things like the big candy wheels, which take up huge amounts of space on the board and cause glorious explosions when destroyed.

Most importantly, however, it gave a clear idea of how much effort goes into each level. These aren't just slapped together in a moments notice. Each one needs time, deliberation, and many playthroughs to get it working.

You need to balance how many kinds of candy will drop, and how each one is weighted against the other in terms of probability of dropping. You need to make sure the player actually has enough moves to complete the level. Most of all, you need to make it fun.

I'm very happy to say that my level - a jelly-spreading monstrosity with gummy blockers for days - was said to look like one that would actually go in the game. Maybe they were just being nice. My mum was dead proud though.

As if level design wasn't hard enough, our next stop was a chat with some of the art team, as well as the opportunity to try sketching some of Candy Crush's most popular character.

I will openly admit to being a terrible artist. When I told my parents I was considering studying art at GCSE, they laughed until they cried. I was not looking forward to this.

But I gave it a try. My version of Tiffi, Candy Crush's protagonist, bared only a passing resemblance to the studio's artwork - perhaps if you had been looking at my attempt through some melted glass it would have looked closer to the real thing.

So no, there are no photos of my dreadful art. Instead, I can only describe the wonder of seeing King's artists at work. 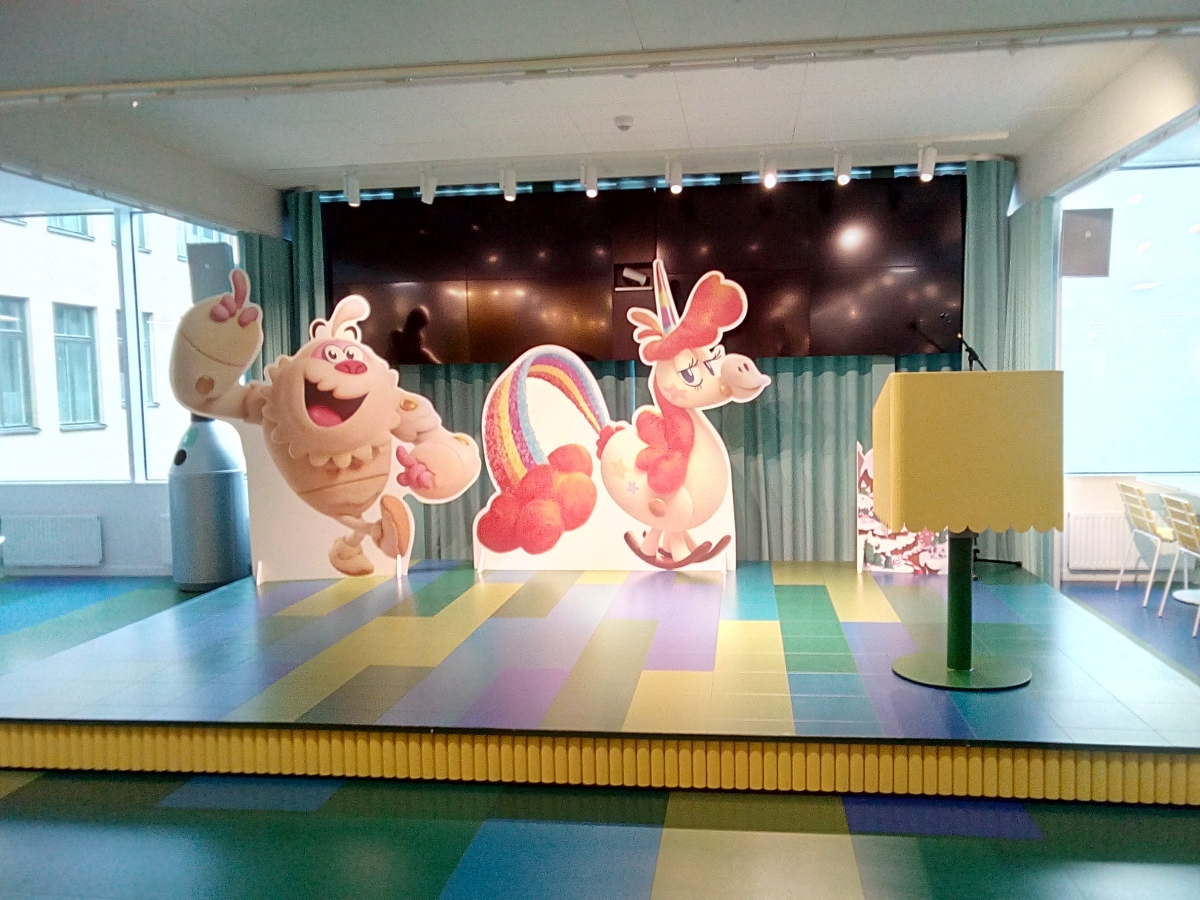 Each Candy Crush character starts with a basic shape - the idea is to make them readable enough that you could glance at one and recognise them straight away.

To demonstrate this, our new artist friend drew a slightly bent triangle. Moments later, it was an intricately designed witch. But that simple curved shape was still there, and everything else was simply built around it.

Creating these shapes is all well and good from a 2D point-of-view. But Candy Crush Friends Saga is a 3D game. That means the character designers had to significantly increase their output - each character needs every angle considered so that the 3D modellers can make sure it fits the idea they were shooting for on paper.

This has also led to a shift in the overall art style. Previously, characters were presented as papercraft figures, with pins holding their limbs together and allowing for basic movement. Now, however, they more closely resemble old toys - tin men, wooden dolls, and all the rest - though you can still see some of the pins where they were before.

Sadly, I was unable to replicate the work of the great artists at King. But I still had one last thing to try out...

A game isn't truly complete without its music, and so we were whisked away to a small recording studio on the second floor to see how it all comes together.

As it happens, it all comes together across three monitors and a copy of Cubase. The composer lays down various tracks of instruments in the software, works out what sounds right, and makes sure it all fits together.

This is then sent off to a composer, who works out what's actually feasible for an orchestra to play and reworks any parts that aren't quite right. Human fingers can't move as fast as a computer's code, after all.

Once the sheet music is ready, it's all transported to a studio in New York, where an actual orchestra records each separate part of the score. Those files are then sent back to King to put in the game, and the cycle is complete. 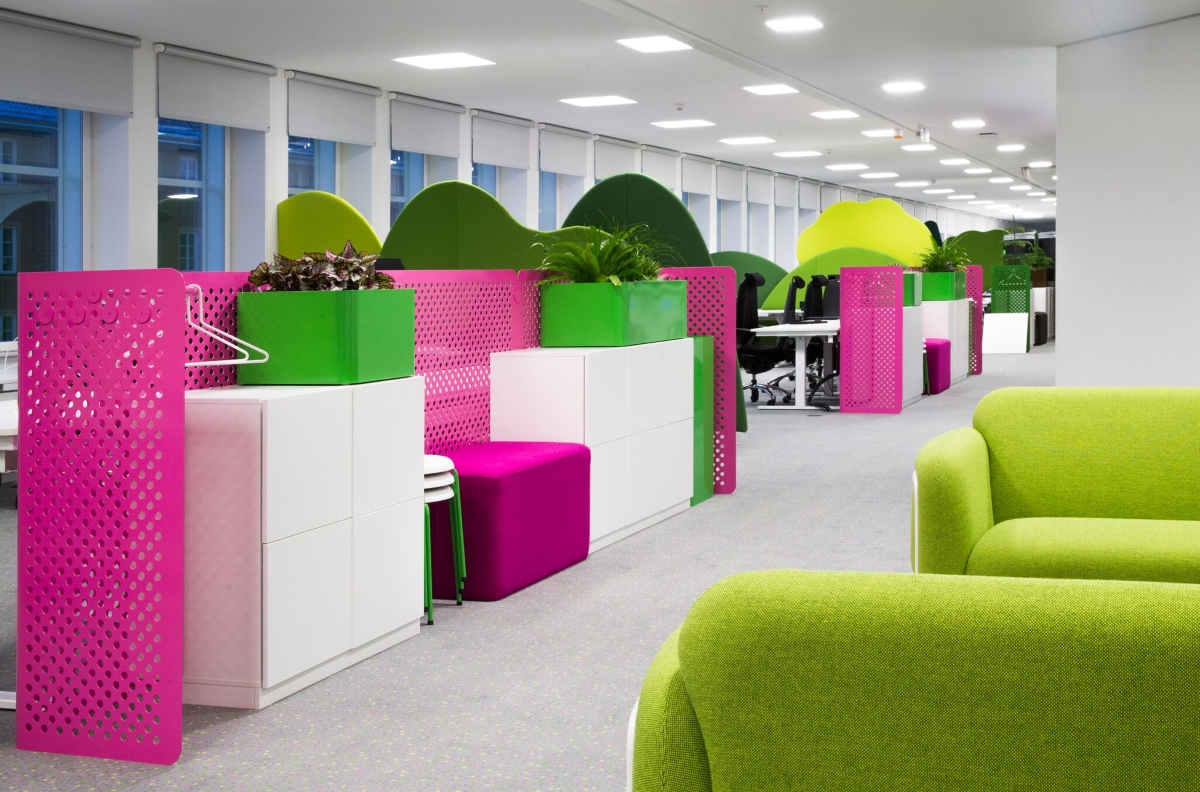 The orchestral score being recorded in different parts is new for Friends Saga - previously the orchestra simply recorded every song together. Recording it in parts means that the sound designers can repurpose some parts - a brass track here, some strings there - and create new musical moments for the game with fewer resources.

It's a smart, time-saving move that also helps keep the game's feel running through the whole thing. Also, if you can, you should listen to the soundtrack. It's lovely.

Of course, sound isn't just music - there's voices at play too. I was given the chance to audition for the role of Mr Toffee, though I don't think my spin of "depressed Northerner" was ultimately right for the character. The recordings were swiftly destroyed.

It is worryingly easy to dismiss Candy Crush Friends Saga as a silly casual game - something you play on the Tube on your commute and don't think twice about.

But what goes on behind the scenes is a lot of incredible work, dedication, and love. Candy Crush is an enormous franchise generating millions of dollars a day in revenues, but the team working on it are more focused on making sure the game is fantastic than they are on hitting a sales target.

Making any kind of game is hard. Making a game with the kind of expectations that are no doubt being felt around Friends Saga must be one of the hardest things in the industry. But King's team showed us that they care a great deal about their products.

You could throw out all the indoor trampolines and pinball tables and you'd still be left with a passionate group of people making the best game they can. And that was the really exciting thing to see at King's studio. 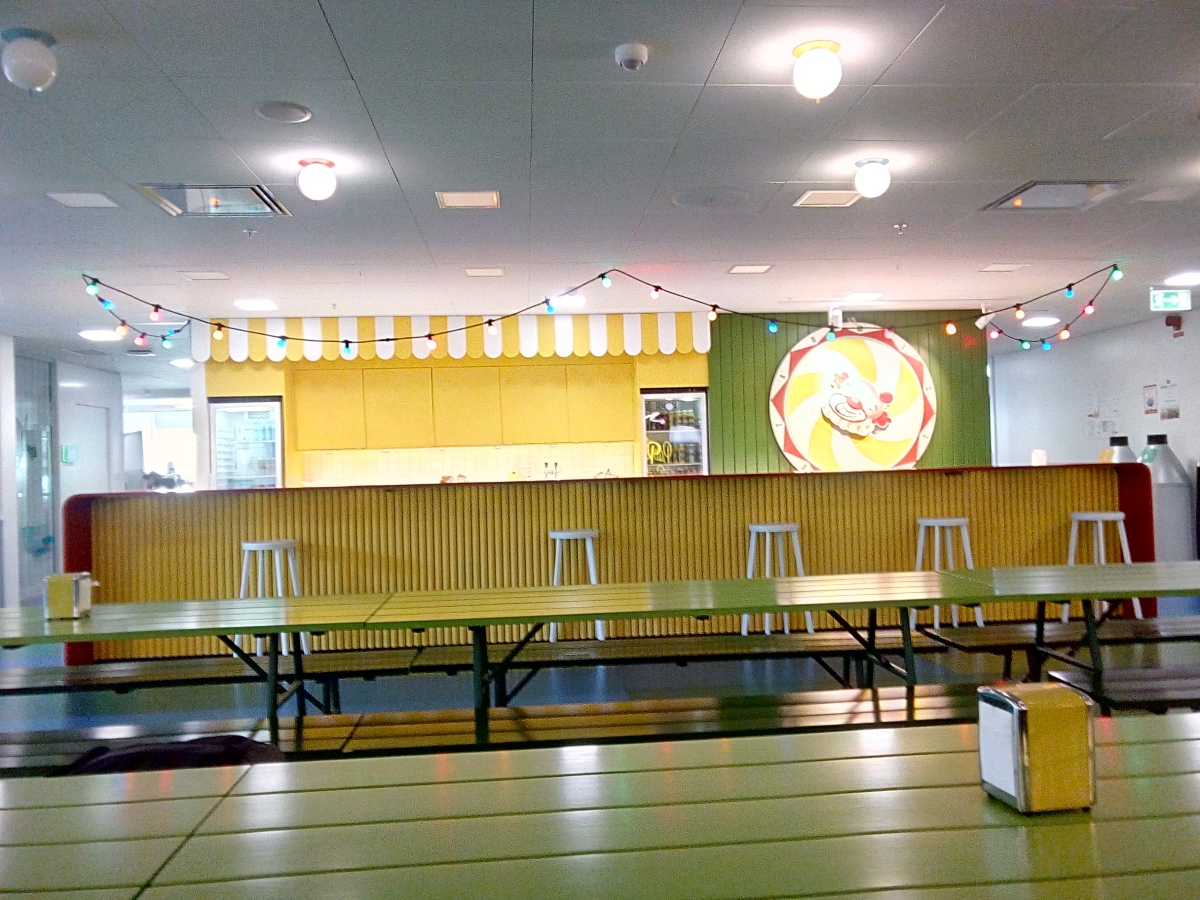 Candy Crush Friends Saga - 5 games to play when you're done