The new combat zone is called the "Atlas Mountains". To no great surprise, you shoot at some insurgents in some mountains. You unlock this combat zone upon reaching XP level 16.

You can play new game mode Time Attack in all four Strike Ops maps, including Atlas Mountains. You're rewarded with extra seconds on the clock for every kill. And the longer you last, the more tokens you earn. 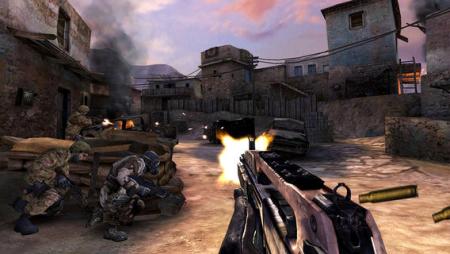 In the daily challenge mode, you can compete against friends on Game Center and Activate to earn bragging rights and extra rewards.

Furthermore, there are now rewards for daily play. Oh, and Call of Duty: Strike Team is now compatible with MFi controllers - you know, if you prefer buttons to screens.

The update to Call of Duty: Strike Team is live right this second on the App Store. We'll let you know when it goes live on the Google Play Store.

Call of Duty: Strike Team goes on sale to celebrate the 2015 Call of Duty Championship

Go on a terrorist manhunt in Call of Duty: Strike Team for Android

Survival Mode maps are now unlocked from the start for all players in Call of Duty: Strike Team