Switch
| Bulb Boy
Updated June 7th, 2:39 PM: Bulbware got back to us and explained the control system a little further. Apparently we'll be able to control Bulb Boy with just the Left Stick, getting rid of the cursor.

Equally, whereas the tablet version had to simplify its effects a little, the shadow effects in the Switch version will be the same as the PC version - so we're REALLY in for a treat.

Happy (and spooky) times await us as Bulb Boy is on its way to the Nintendo Switch later this month. 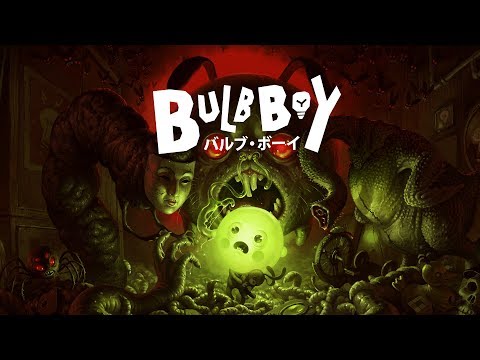 Subscribe to Pocket Gamer on
Whether you're a console, PC, or mobile gaming nerd you'll probably know what Bulb Boy is by now. This 2D point-and-click horror puzzler follows our brave but frightened Bulb Boy as he awakes one night to find his Grandpa-raffin and Mothdog gone and his house overrun with nightmares.

It's up to you to figure out the puzzles, defeat the monsters that lie waiting in the dark, and try really, really hard not to get killed in the many colourful ways available.

According to the developer Bulbware, this version will be coming with a re-worked interface. Lacking the ability to use the touch screen interface of tablet and the use of a mouse for PC, it'll be interesting to see how controls are tackled with the Joy-Cons. Unless it'll only be playable un-docked, which I hope isn't the case.

Its Switch eShop page has it releasing on June 20th for £7.19, so it's time to shine up that glowing, bulb head of yourself and prepare yourself for frights.