Bubble Witch Saga 3 is pretty much exactly what you’d expect from a game called that. It’s another Puzzle Bobble-riffing match stuff puzzler that’s dripping in all the polish we’ve come to expect from King.

And it’s a decent chunk of fun. There are some neat ideas here that’ll keep new players and series veterans interested, and everything works just the way you’d expect it to.

It’s unlikely to change your mind about Bubble Witch or any of King’s endeavours, but as highly shiny puzzlers go it’s definitely worth a look.

Once again you’re playing the titular witch. You’ve got a set number of bubbles, and you need to fire them up the screen, matching them with two or more bubbles of the same colour to clear them.

Each level you’re given a task you need to finish. There are levels where you’re freeing owls trapped in bubbles, ones where you’re clearing out all of the circles on a level, and others where you’re trying to lead a ghost to the top of the screen.

This variety keeps you on your toes, as well as allowing the game to shift the difficulty as and when it sees fit. This is a King game after all, so the amount of skill you’re using for a lot of it is sort of negligible. 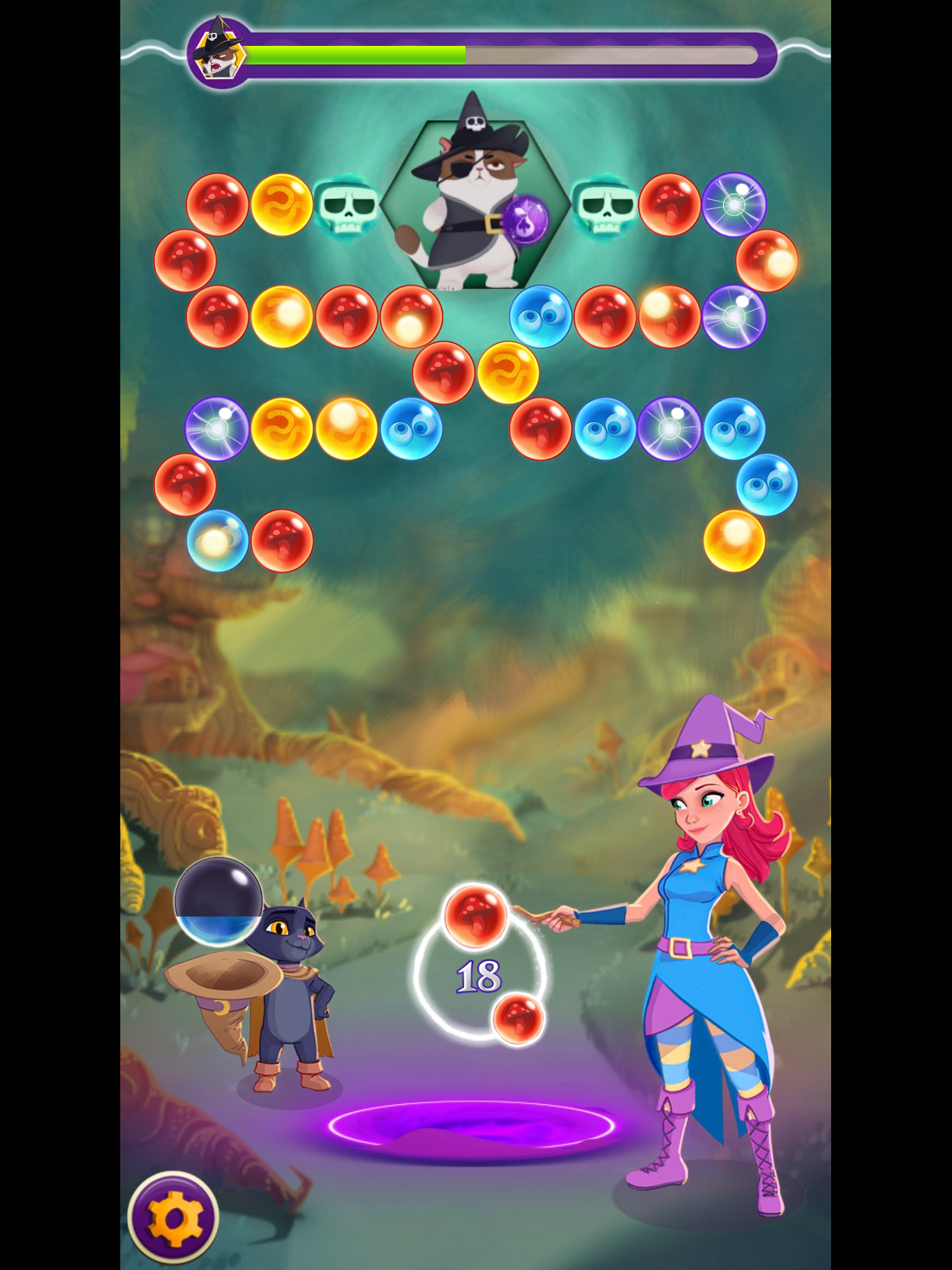 There’s more to do than in the likes of Candy Crush though, and bouncing the bubbles around the screen does take a tiny bit of practice to get the hang of.

But you’ll pin it down in no time, and soon be tossing bubbles left right and centre like it’s no one’s business. There are spells to unlock too, and these can give you a boost when it looks like you’re stuck.

You’ve also got a catty familiar who throws you a special ball when you’ve powered up his move. And the whole thing rolls along really rather nicely.

There’s a house building sub game as well that sees you spending the stars you earn to upgrade your dwelling. You can visit other people’s houses to earn more of the pixie dust you need as well.

Essentially this is a game designed to keep you coming back over and over again. And if you’re of the right persuasion then there’s a very real chance that you’re going to.

It might not appeal to the hardcore end of the gaming spectrum, but for the casual player this feels like it’s going to be another smash hit for King.

A playable and engaging bubble shooter with enough twists to keep you entertained
Next Up :
Hero Emblems II review - "Lovely visuals and music, but match-3 combat lacks strategic depth"