Spin me right round

Imagine a 3D version of Super Hexagon, set inside a particle collider, and instead of a triangle you play as a science professor at the machine's centre.

That's the idea behind Boson X, which its developer dubs a "rotational runner".

You instruct this professor to jump left, right, or forward, and landing on the right platforms contributes to generating high-energy collisions to discover strange new particles.

"At some point during development, Super Hexagon came out and I fell in love," Ian MacLarty of developer Mu & Heyo tells us. "This game broke all the "rules" for a successful iOS game." 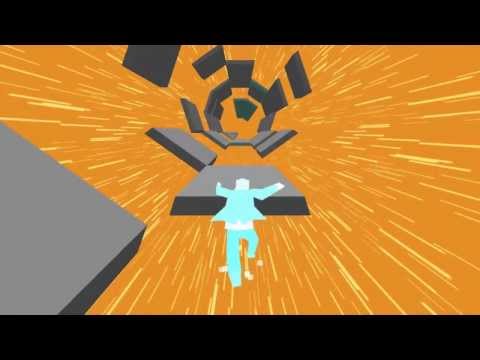 Following this new fascination, Mu And Heyo threw out Boson X's flat landscape and replaced it with this new circular stage. The speed was turned up, too, and the patterns of the platforms you jump across became less random.

Now it's set to be the next high-speed arcade game for our iOS devices.

The desktop version of Boson X arrives on August 30th for free, and it will come to the App Store as a paid app soon after.

Boson X, Mu and Heyo's Gold Award winning science-dasher, has been updated with six new levels for iPhone and iPad