On sale for a limited time, too

iOS
| Battle of the Bulge

Shenandoah Studios has just updated its Silver Award-winning hardcore strategy title Battle of the Bulge with one of the features for which its community has been crying out.

That's right: as of today, Battle of the Bulge is a Universal app. So, you can play it on your iPad; iPhone 3GS and newer; and your fifth-gen iPod touch.

Great news for aspiring generals on the go.

Shenandoah has also tweaked the Battle of the Bulge UI a little so it fits better onto the smaller screen. Aside from that, iPhone owners are getting the full historical RTS. 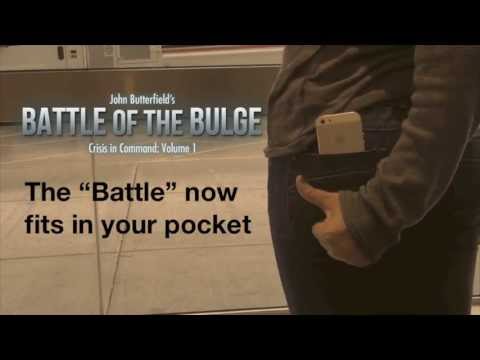 Furthermore, Shenandoah has added two new documents to the game. The first is a free Player's Guide. In it, you are given hints and tips on the best way to play the game.

Then, there's a paid-for Designer Guide. Here, Shenandoah reveals some of the methods the company used to develop the game for iOS.

And if that wasn't enough, Shenandoah has slashed the price of Battle of the Bulge to just £3.99 / $5.99 to celebrate the launch of the update.

If any of that tickles your fancy, head on over to the App Store and pick up the game while it's a bit cheaper than usual.