It was released on iOS and Android a little over two years ago in February 2013. And, since then, it has amounted over 70 million downloads. That's quite a lot.

That's over 50 million downloads on Android and just over 20 million on iOS, if you're wondering.

Anyway, to celebrate this fact, FDG will be rolling out a big update for Banana Kong soon. 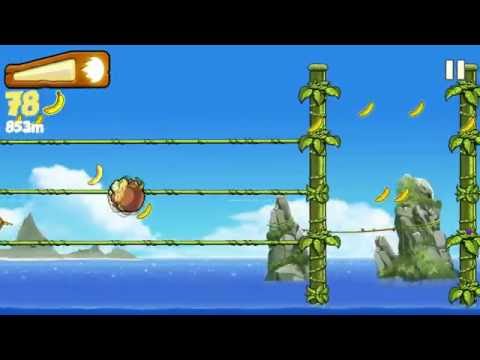 As you can see in the preview video above, it lets you throw Kong into a rocket that takes him to an all-new beach area. While there, you can take on new dangers and challenges.

Riding a snake along a zip line is surprisingly wonderful as it and Kong change poses between jumps. You'll see.

We'll let you know when this update rolls out on iOS and Android.

Can YOU beat the Brazilian Ministry of Defence at endless-runner Banana Kong?