Avernum 2 should also be coming back

Back in April, Jeff Vogel of Spiderweb Software pulled Avernum 2: Crystal Souls from the App Store and cancelled all future iOS development of his RPGs.

Now, in a new blog post, Vogel says that he is reversing his decision and should hopefully have Avernum 2 back out for iPad soon enough.

The reason Vogel pulled the game in the first place was due to an iOS update that completely broke the game. To fix this, Vogel needed to rewrite his old engine but he grew frustrated at the time.

Due to this, Vogel then made the decision to stop porting his games to iOS completely. And after this, he says he "lost several days to depression and self-pity."

After visiting the doctor, getting some medicines, and feeling revitalized, Vogel redesigned his next game Avadon 3 to fix issues present in the series since the first game. 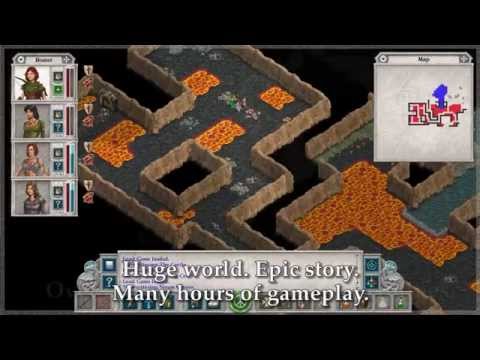 Then he returned to fighting with the iPad. "Not for money or PR, but for simple pride and self-confidence," Vogel writes. "I don't want to have to run in fear from challenges yet."

Eventually, after several days, Vogel was able to get his engine and game working for iPad once again. "Now I think I'll be able to ship the game after all, and be proud of it," Vogel writes. "It should be a happy ending."

So there we go. Hopefully, Avernum 2: Crystal Souls will return, and we'll continue to see more of Spiderweb Software's RPGs turn up on our iPads.