Plus, Autumn Dynasty is headed to Android

It's called Autumn Dynasty Warlords, and it's slated to hit the App Store in October.

While much will stay the same, the camera has been pulled back further to allow for more strategic planning. See: 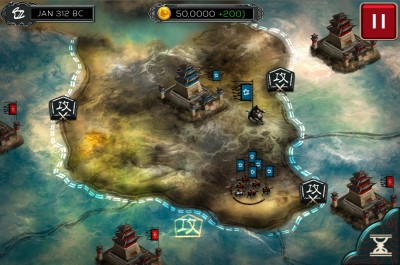 That wide camera view will be helpful for the game's major new features: city building, unit recruiting, and taking on quests. All features that are being added to the original game's focus on tactical battles.

In Warlords, your mission will be to unite China and hastily turn the attention of its armies towards the barbaric foreigners about to invade.

On a related note, a tweet reveals that the original Autumn Dynasty will be coming to Android devices in the near future.

Pocket Tactics
Next Up :
Blast Waves is a roguelike tactical arcade shooter launching for mobile later this month

Autumn Dynasty Warlords is a massive, complex RTS for iPad and iPhone in which you unify a whole country