App Army Assemble: There is No Game: Wrong Dimension - Does this comedic point-and-click provide plenty of laughs?

By Stephen Gregson-Wood
| Feb 6
iOS + Android
|
There Is No Game: Wrong Dimension

There is No Game: Wrong Dimension, despite the title, is a comedic point-and-click adventure game. It initially released on PC but has now made its way over to mobile. It's a quirky title that looks to pay homage to a plethora of different games that have released over the years. We decided to hand it over to our App Army to see what they thought.

Friedrich Nietzsche wrote that the joy of life is Overcoming. This is true for the unrelentingly mischievous puppy I have recently adopted when he triumphantly raids the forbidden things, as it is for the satisfaction of peeling back layer after layer of TiNG to the hilarious objections by the program AI as he tries in vain to misdirect and hinder you.

Before long, more characters join the cast including the nefarious antagonist Mr Glitch. TinG is in the class of Social Experimentation games like The Stanley Parable, it is a love letter to games in a broader sense with many different genres making brief appearances in mini-games. And progress is framed in a compelling Point and Click Adventure Shell where the fourth wall is broken so often that a door is installed for convenience sake. TinG is an easy recommendation.

Being a keen puzzler this game really appealed to me. From the very start, it was full of contradictions. As soon as I saw a box reading ‘no game here’ and pressed it I knew I was in for fun. The controls are simple to use and there is a character inside the game which is amusing to listen to. The puzzles aren’t really difficult, but they do make you think and look around - nowhere, even the opening screens are off-limits when looking for objects to help you move forward.

I’m reluctant to give too much description because it needs to be experienced first hand. If you approach the game reading everything as if it’s in reverse or not as it seems then you’ll do just fine. As a game that offers something just a little off-kilter and a step away from other formats, this is perfect. 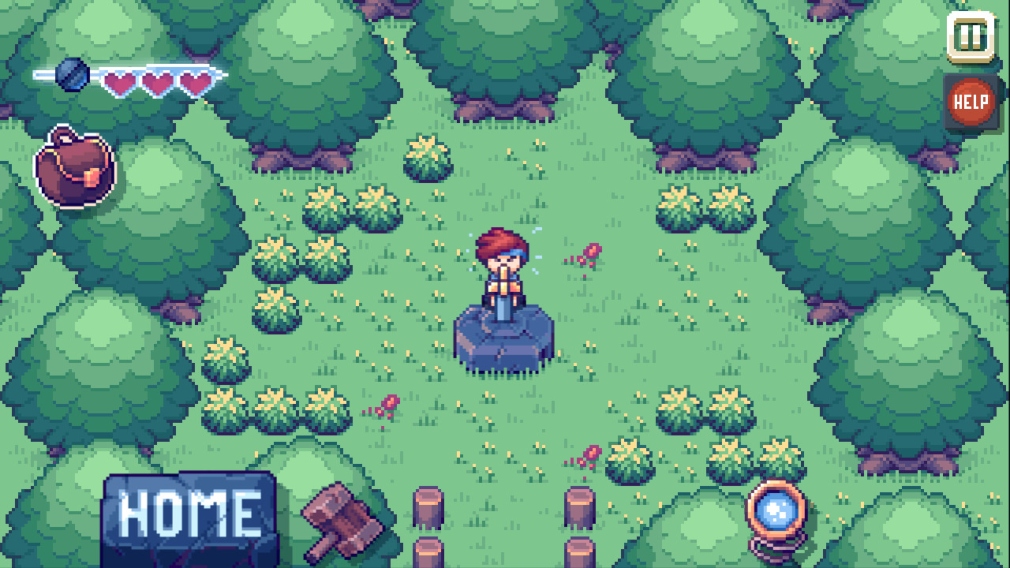 There is no game (TING), iPhone XR: TING is a point-click adventure game, in which the player has to use all of their wits to play (or not play) against a very-well programmed AI that tells you to stop playing because, well, there is no game! ???? I found it really fun, and while it is somewhat short (I played point-click games that were a little longer than this), it doesn't affect the player's experience at all.

There is no risk of being bored, and it is full of references to older games, and the AI is very funny to listen to. The graphics are beautiful, and most importantly the touch screen is very responsive (unlike other games where it becomes a little frustrating to interact with the game itself). Even if you are not into point-click adventures, I think it is totally worth it.

This is probably one of the hardest games to review or provide impressions of. Why, well because... there is no game! On a more serious note, at its core, it is an abstract narrative-driven puzzle game. It’s very clever, doesn’t take itself seriously at all and relies somewhat on the player’s wit to move the game along. It often refers to old, more popular games which is a very nice and welcome touch. Honestly speaking, you can’t really tie this one to a specific genre.

The game starts off by continuously suggesting the player not to play the game. The first thing players will notice is how good the writing and voice-acting really are. They are absolutely top-notch. The gameplay might take some getting used to for some players, as this is not one of your conventional games. But once the player gets the hang of it, it’s truly a very unique experience. The pixel graphics work well for the game. The music and sounds are of the highest quality.

The performance is flawless without any bugs whatsoever. This is a game that doesn’t come around very often. But it is the risking of ideas like these that make mobile gaming truly special. Anyone who is remotely into gaming should definitely play this. It is an experience one would not forget anytime soon.

This is the kind of game that I love to play on my mobile, the only downside was that it became hard to put my phone down! From the very first scenes, the brilliant humour and style shone through compelling me to delve deeper into its strange world. The quirky writing definitely reminded me of the Lucasarts point and click games like Sam and Max or Day of the Tentacle, with interesting and amusing characters to meet throughout.

All of this is accompanied by the constant interaction with the games well voice acted AI who provides company and narration through your journey. I did find some of the puzzles a little bit too much of a case of trial and error, but there is a hint system for those moments of complete confusion! Overall this is an excellent game packed with charm which is easy to recommend.

Boiled down to its essence, this is a very clever and funny puzzle game. Even the menu engages your brain and sense of humour, which is a pretty rare thing on the AppStore. The graphics are bright and fun and the voice acting is hilariously grumpy and cheeky. Controls are simple and effective, and there are plenty of free hints (with just a slight wait time between them) for people like me who are not always great at puzzles. Great job by the Dev and I happily recommend it. 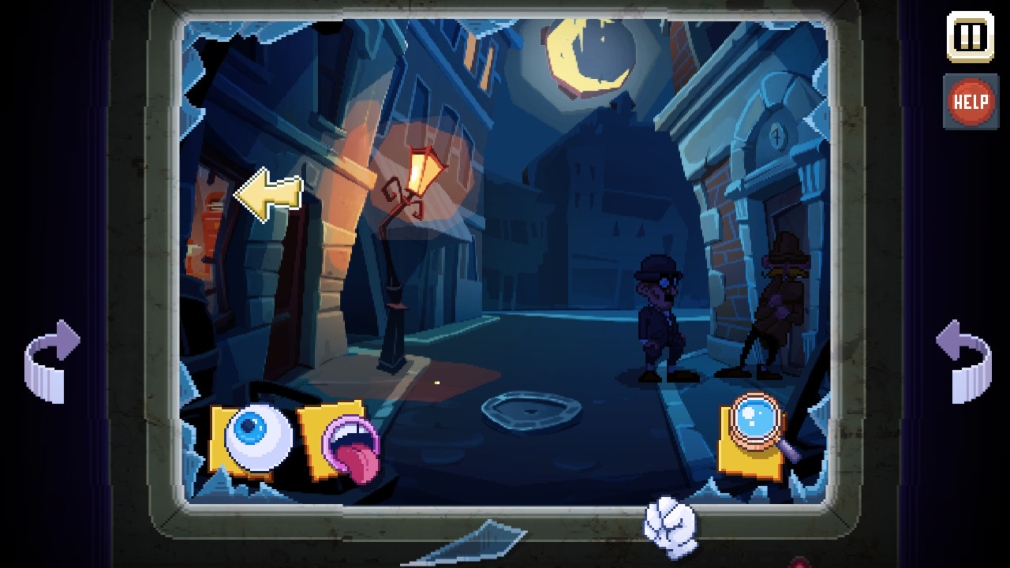 Due to certain circumstances, I have somewhat moved away from mobile gaming scene and in this respect, I am totally in the dark as to all the news, releases and hot trends. In this regard, I started this "non-game" without any expectations whatsoever and, oh boy, how wrong I was about not playing it earlier. TING: WD is a blast from the past, an experience reminiscent of the golden era of iOS gaming, a good reminder of original, breakthrough thinking in terms of mobile game design.

Unlike other modern-day games, this absolutely hilarious, ingenious and smart game performs perfectly fine on my 7-year old device, which makes me feel truly happy. I do not want to spoil all the details of the game and in fact, it does not fit any genre criteria. All I can say is that TING: WD is highly volatile, totally unstable and absolutely unpredictable in its gameplay, setting and narrative. Do not trust the title: there is a GAME here, one that left a long-lasting impression and to some extent made me rediscover my passion for mobile gaming.

I completed it in 2 sessions, starting it the night before: after beginning it is very hard to not continue, and you understand there is nothing more urgent to do than discover the next crazy idea of this gem - played non-stop, the game ends rather quickly, after 5-6 hours maybe (like many other good point & click games), and it is a clever idea you can’t stop playing, for example, you have no time to ask for the refund the game proposes to do sometimes.

The absurd humour, the love-letter for monuments in video games, the very successful voices, the incessant surprises, detract from the comfort of being bored. This is, therefore, a very original non-usual game experience, totally inappropriate for the player who enjoys long, boring Sunday afternoons: a non-stereotypical game to avoid for all players not looking for a great point & click. Finally, There is No Game: Wrong Dimension can contend for the title of one of the best non-games we could dream of!

5 reasons to try Fire and Glory, the strategy game set in fantasy Sparta

Comedic point-and-click adventure There Is No Game: Wrong Dimension out today on mobile

There Is No Game: Wrong Dimension, the comedy point and click adventure, will release for iOS and Android later this month

There Is No Game: Wrong Dimension is a meta point and click adventure game that's heading for iOS and Android later this year