Over a year after its original launch on iOS, Bedtime Digital Games is releasing Figment on Android devices this Thursday, 14th January.

It’s a surreal puzzle platformer where you explore the inner depths of the human mind and the mysteries it holds. It utilises the concept of the left-right parts of the brain, with there being two broad locations dedicated to each half: the Freedom Isles’ puzzles located on the right which require a more lateral approach, and the Clockwork Town on the left which possess puzzles with more logical solutions.

This concept is driven further by a fun “Alice in Wonderland” art style, featuring varied wild landscapes with distorted features and floating islands. Check out this trailer which showcases some of the gameplay to be found in Figment.

But there aren’t just puzzles and exploration, there’s also an action element to it too, with enemies you need to dispatch of. This is happening because the mind has suddenly been plagued by nightmares and evil thoughts, manifesting as monsters, and it’s up to you to face your fears and banish them entirely.

You may know Bedtime Digital Games from its previous puzzle game, Back to Bed, which featured a similar premise of you having to guide a sleeping man through his dreams and safely back to his own bed. Figment has also been released on consoles and PC in addition to its previous iOS launch, and so it’s good to see Google Play users will finally be able to access it. 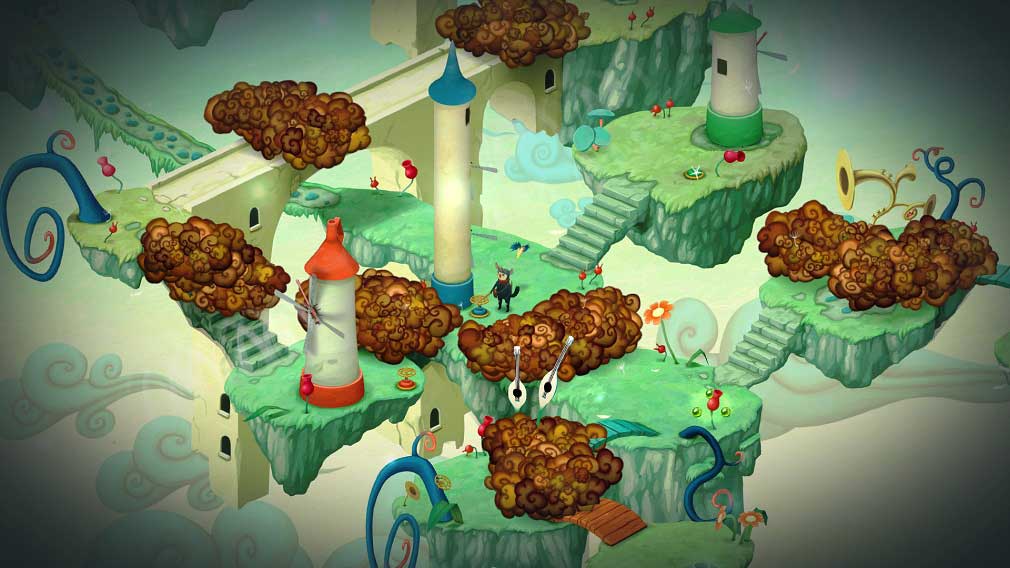 Grab Figment on Thursday from the Google Play for Android store. It’s also available on the iOS App Store and on Steam.

If you enjoy puzzle games, Jon's written up a big list of the best ones you can play on your Android phone or tablet. Read it here.

Want more? Check out our growing collection of Figment articles!