8 brilliant ideas for mobile and handheld gamers this Christmas

Christmas time is coming, which means that it’s time to start thinking about presents! Presents are a huge part of Christmas, though it can be hard to think of exactly what to get gamers - especially gamers who enjoy a variety of games! Fear not, however, we have put together a little list of gifts that you should really consider for those who need a gaming-related gift.

For those of you who don't frequent these halls, we here at Pocket Gamer specialise in devices that you can store in your pocket (yes, we agree that the Nintendo Switch might be a bit big for the average pocket) - that means that most of this article will be dedicated to ideas and gifts based off of games that you'll normally find on Android or iOS devices. As a note, we do include tablets in that, so it's not just based around games that you can play on your phones - although most of them are.

We've tried to keep the list nice and succinct, it's easy to prattle on with these things, especially now that you can effectively run both PC and Xbox games on your phone (through the Steam Link and Xbox Game Pass apps respectively) and now that Nintendo has brought a lot of their biggest games over to mobile there's even further blurring of the lines.

Whether they love playing a variety of games or enjoy a few select games, the gifts on this list fit well for everyone, but especially. if they're a fan of handheld consoles or playing games on their phones. Do go on and have a look! 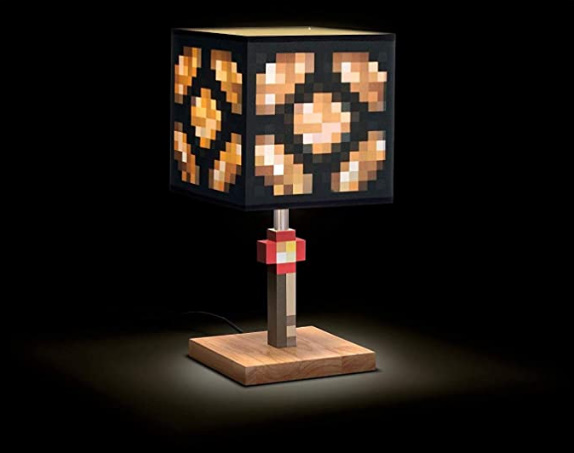 Everyone has heard of Minecraft and nearly everyone has played the game. There are tons of different Minecraft merch, but some of the coolest are the functional, themed items that fit well within your Minecraft world and your own home. The Glowstone Lamp - recently released - is such a high quality item and amazingly themed to the game. A redstone torch lights up a glowstone block - something gamers will recognize from the game. There is a switch to turn on and off the lamp on the cable - perfect for little or big hands alike. 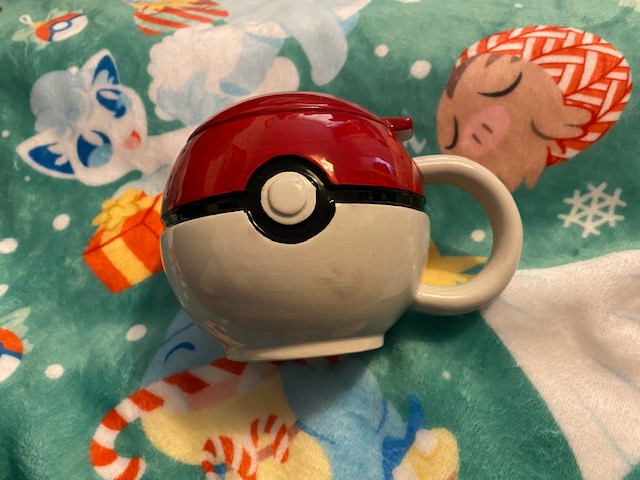 Often, functional items like mugs are seen as great gifts. You can never have too many mugs, right? Well, the Poke Ball Ceramic Mug is the best Pokemon themed mug I have seen out there - complete with a removable lid to keep your contents warm and protected when carrying your drink around. This mug is perfect for soups and drinks alike, holding quite a bit in it’s ball shape. 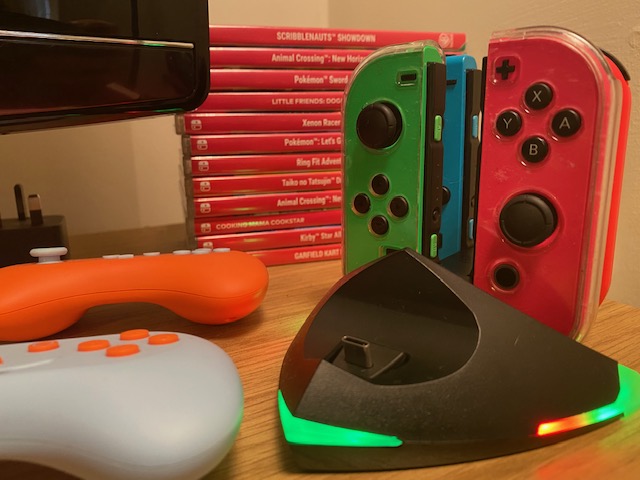 If you are looking for a gift for someone with a few extra Nintendo Switch controllers, there is no better than the Arrow: Charge S - a stand that not only can hold two pairs of JoyCons, but also a Nintendo Switch Pro controller as well. There are lights on the front to show how charged each item is, the stand itself is very compact and well made, and all of these items can slot into the base and charge through just one cable - which is great for keeping spaces organised. 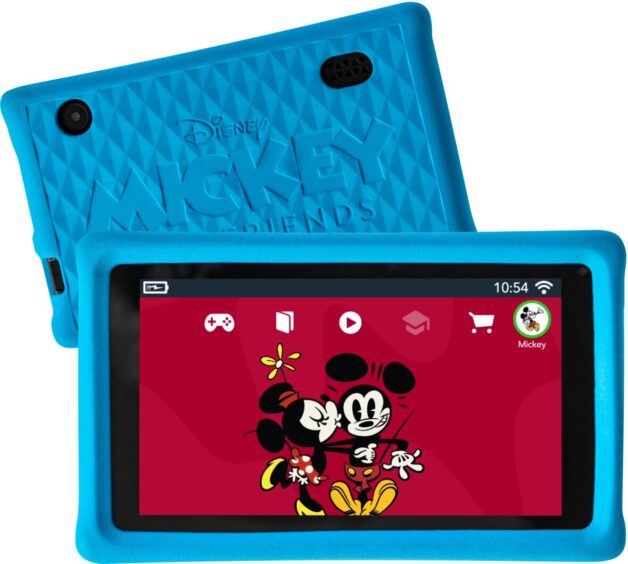 Looking to get a younger one into gaming? The Pebble Gear 7” Kids Tablet range is perfect for getting younger ones safely into gaming. The tablets come in many different themes from Mickey Mouse to Frozen 2, perfect for any child’s interests. The games on the tablet are all free - with no in-app purchases - and are kid friendly. Many of them are learning games with an app store with more games for you to download can allow you to customise what your child plays, all while making sure the games are age appropriate. 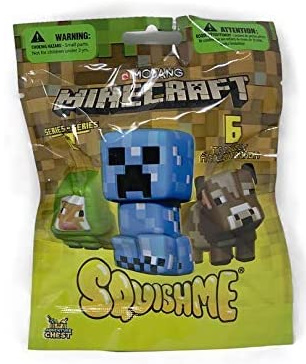 Perfect for stocking stuffers, the Minecraft Squishme range has a bunch of different squishable characters for you to collect! There are 6 different characters, each in blind bags, which can be purchased, wrapped, and placed into stockings or as small gifts under the tree. Squshme is a really fun mix between a toy and a stress reliever that everyone seems to enjoy. 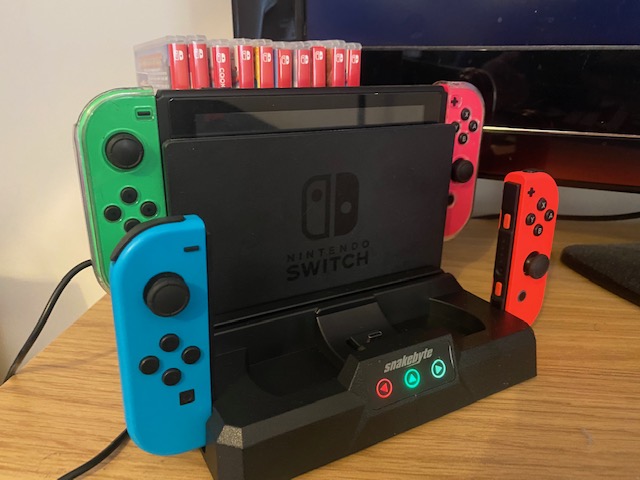 If you are looking for a charging stand that can be easily integrated with a Nintendo Switch and Switch Base, the Dual Charge: Base S, though a bit big, is a great way to organise a full Nintendo collection. There is room on the base to slot on a Nintendo Switch base (to charge a full Nintendo Switch), as well as a pair of JoyCons, a Pro Controller, and a back area that you can slot 10 games into. The whole stand really helps with organisation and showing off a full collection of games. 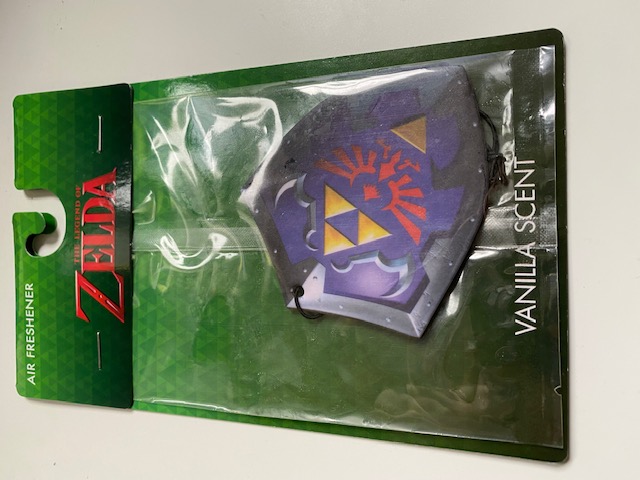 Another item that’s great as a stocking stuffer, Zelda Air Fresheners are great for those who want to customise their car with not only a great scent but also a cool reminder of their favorite game. This air freshener smells of vanilla, a neutral and not too overly powering scent. Air fresheners are something that’s always useful, so it’s great to fill a teenager or adult stocking and to provide a use to them beyond just matching their interests. 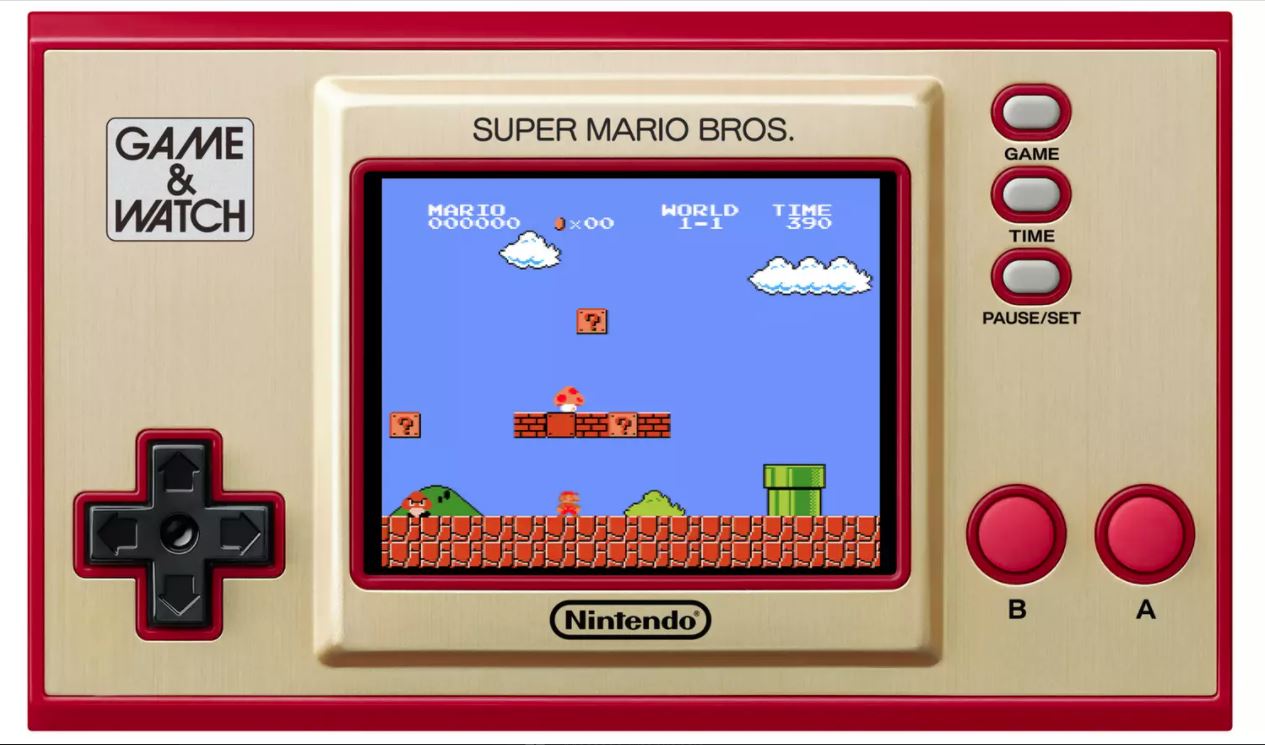 Super Mario Bros is a game everyone knows, just from seeing the characters! Game & Watch have released a gold edition of their micro console, which contains Super Mario Bros, the Lost Levels, Mario Version of Ball and more - making for a fun little handheld device that you can play some classic games on. This is very new, so it's perfect for those who have everything, as they may not have this yet!