Back in July we reviewed the Sony Xperia 1 II, an eye-catchingly well specced smartphone with a prohibitively high price tag.

It was a very accomplished phone packed full of pro-level features, some of which were great for games. But ultimately, we felt you could get an equivalent or even superior mobile gaming experience for less money elsewhere.

Now the Sony Xperia 5 II is here, and if the turn-around hadn't been so swift, we might have suspected that Sony had been reading. The new Sony Xperia 5 II addresses many of the issues we had with its big brother, while retaining most of what we loved.

The Sony Xperia 5 II looks and feels very similar to the Sony Xperia 1 II. It sports the same understated, symmetrical design as its big brother, but with a slightly rounder metal rim filling the space between the glass surfaces.

This is a significantly smaller and lighter device than the 1 II, which makes it more pocketable and easier to use one-handed. The display has lost just under half-an-inch, but at 6.1-inches it still feels plenty big enough for gaming content, even if landscape content does lack a little head room due to the stretched out 21:9 aspect ratio. 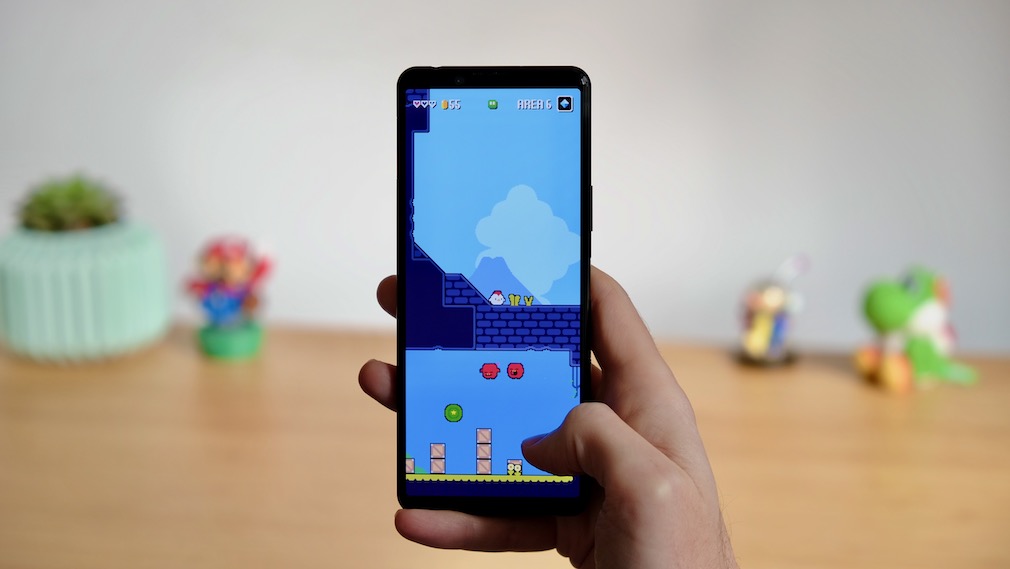 It's still got all the vibrant benefits of OLED technology, though, not to mention Sony's excellent colour processing standards. It's dead flat too, so you get none of the edge distortions of the OnePlus 8 Pro. But the most noteworthy thing Sony has done is roll back the 1 II's superfluous 4K resolution for regular 1080p, and incorporate a 120Hz refresh rate instead.

Other than these tweaks, you get pretty much all the same perks as before, including front-facing stereo speakers, a headphone jack, a really fast and flexible triple-12MP camera set-up, and Sony's unfussy UI. A 4,000mAh battery will get you through the best part of two days of moderate usage, and a comfortable day with intensive gaming. 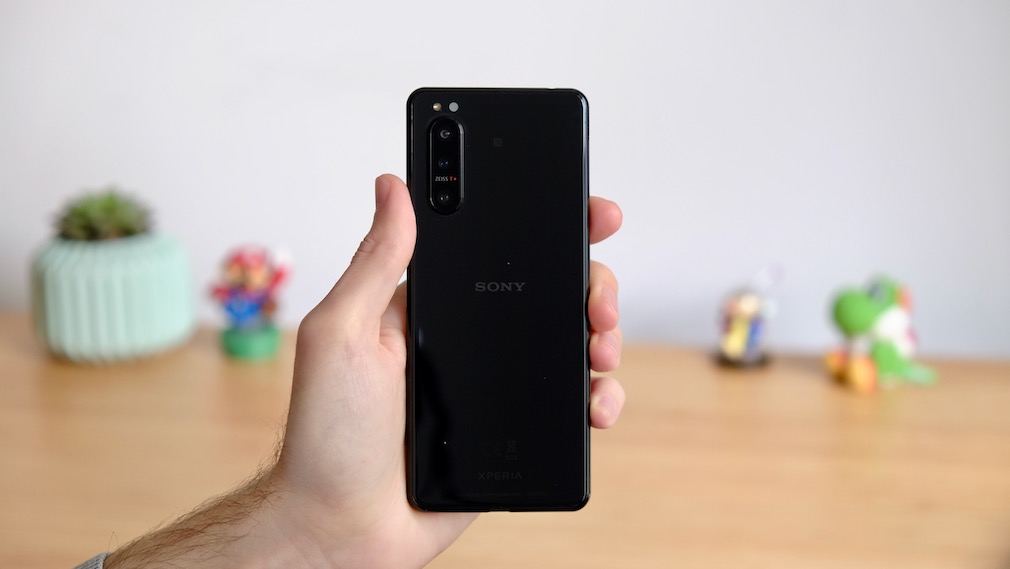 There's no wireless charging this time, which is a bit of a bummer. But we're willing to forgive that when you consider that the Xperia 5 II costs £799, or £300 less than the Xperia 1 II.

The Sony Xperia 5 II might be considerably cheaper than the Sony Xperia 1 II, but crucially it still runs on the same Snapdragon 865 chip, with the same 8GB of LPDDR5 RAM. It's a top performer.

Sure enough, games run brilliantly on full settings here. CoD Mobile can be cranked right up to Max frame rate, with all the additional bells and whistles, without skipping a beat. 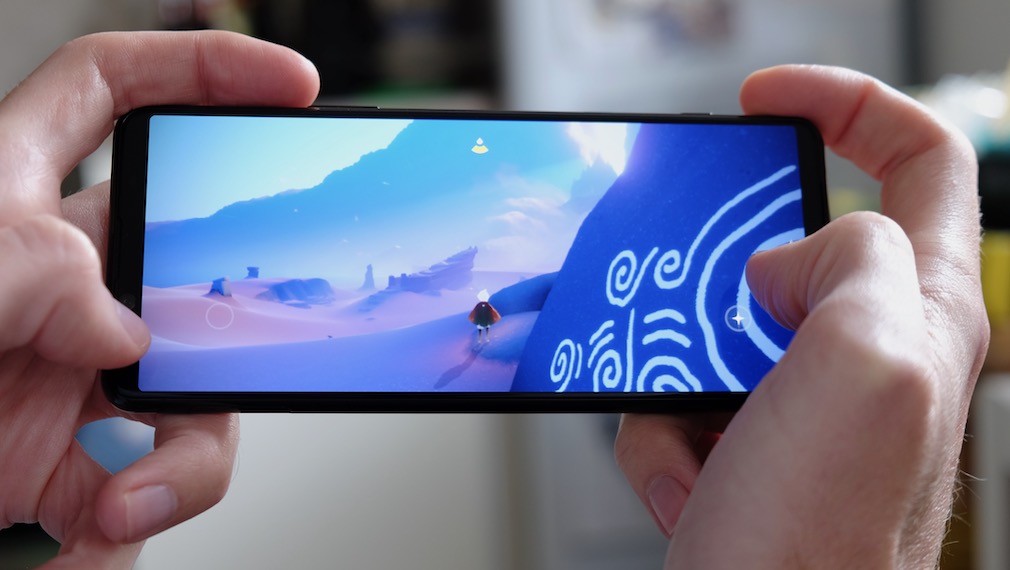 And talking of frame rates, the Xperia 5 ii now has that 120Hz display. This mades for a much better experience all round, with general navigation and web browsing really benefitting from double the frames.

But it also improves games that support higher frame rates, which now move more smoothly. We'd generally take double the frame rate over four times the pixels, and nowhere more so than when it comes to games. Grimvalor and ALto's Odyssey are silky smooth here.

The Sony Xperia 5 II might be playing the role of understudy to the 4K-ready Sony Xperia 1 II. But to our mind, it's a better pick for mobile gamers.

What you lose in screen real estate and pixel count, you more than make up for with that 120Hz refresh rate. And you still get the top performance, front-firing stereo speakers, fast side-mounted fingerprint sensor, and headphone jack. All this and the Sony Xperia 5 II comes in at a much more appealing £799.

That's still not cheap - it's the same price as the OnePlus 8 Pro, and is £150 dearer than the similarly specced OnePlus 8T. But if you'd prefer a smaller, sleeker phone with game-friendly features like a notchless widescreen display, front-firing speakers, and a headphone hack, then the Xperia 5 II is a seriously viable alternative.

The Sony Xperia 5 II is a better-balanced, more compact, and significantly cheaper version of the already pretty appealing Sony Xperia 1 II. When you add in a more fluid 120GHz display, it's a flat out better pick for mobile gamers.
By Jon Mundy
| Oct 16, 2020 |
SEE COMMENTS

League of Legends: Wild Rift's latest dev diary covers a regional open beta alongside a timeline for release in Europe and the Americas