Doing so will net you a Bombay Cat reward on launch

Hellopet House, the casual management game from Appxplore, is now available to pre-register for both iOS and Android. The game has previously been available in Early Access over on Google Play, though that has now drawn to a close as pre-orders have opened.

According to the App Store listing, the game will release on October 27th and those who opt to pre-order will be given a Bombay Cat reward when they first log in to Hellopet House. However, release dates have a tendency to change often on mobile and Appxplore haven't officially announced this themselves just yet, so we'll be sure to keep you updated.

Hellopet House sees players able to renovate and decorate a mansion to transform it into their dream home. You'll have to master both carpentry and gardening to restore this abode to its former glory. But this won't be the only aspect of the game to enjoy.

Players will also be able to collect and adopt a huge variety of cats and dogs. That means alongside up-keeping your new home, you'll also have to care for your pets' needs by bathing, feeding and playing with them. This will increase your bond with your playful pets. 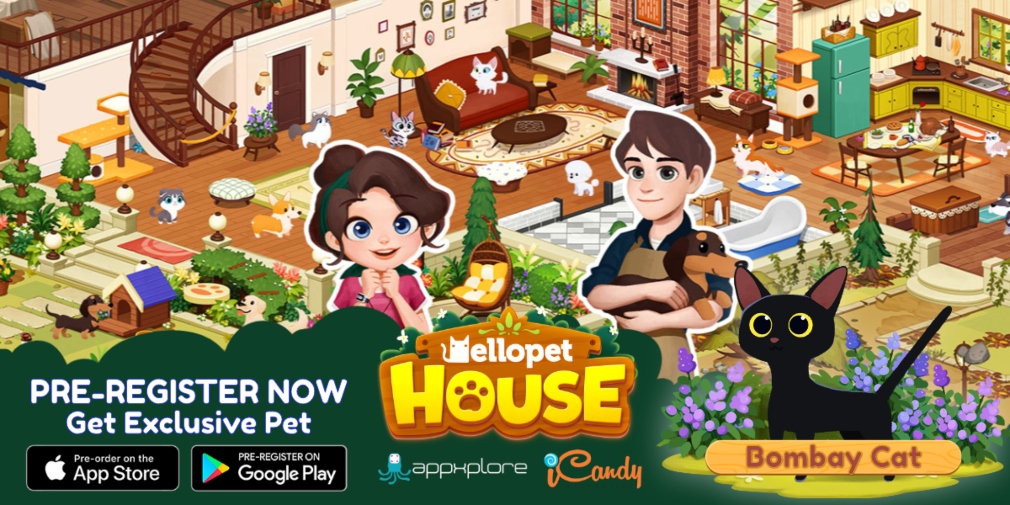 As you complete levels, you'll unlock new areas of the house to renovate and meet interesting characters as part of the story. This includes Mr. James, a handy repairman, Olivia, an expert gardener, and Chris, a friendly pet shop owner.

Hellopet House is available to pre-order now over on the App Store and Google Play. According to the App Store listing the game is set to release on October 27th and it will be a free-to-play game with in-app purchases.

Interested in other upcoming games that haven't fully launched yet? Here are the best available now in soft-launch
SEE COMMENTS