All you need to know about Nubia's powerhouse gaming phone, the RedMagic 5S

A beast of a handset

Nubia Technology is making quite the name for itself in the world of gaming smartphones. The firm’s last flagship offering, the RedMagic 5G, combined hulking specs with unique gaming features and a wallet-friendly price tag, making it a tough act to follow.

Nevertheless, Nubia has returned to the market with a successor to the 5G, the RedMagic 5S, and this handset promises to dethrone its predecessor as the ultimate gaming phone. The device boasts an impressive specs sheet, including a host of improvements over the previous model, and here’s a complete rundown of its hardware and software.

The RedMagic 5S retains many of its predecessor’s hardware specs to ensure it consolidates the brand’s position at the top of the gaming phone pyramid. This includes a powerful Qualcomm Snapdragon 865 chip with 5G connectivity, a meaty 4500mAh battery and up to 55W quick charging capabilities to ensure on-the-go gaming sessions are never cut short.

The handset’s bold 6.65-inch screen was designed with high-end e-sports sessions in mind. Boasting a buttery-smooth 144Hz refresh rate and a 100% DCI-P3 professional colour gamut, the RedMagic 5S will take some outgunning on the display front.

Sonic Silver and Pulse colour options are available, with the former model coming with 8GB of RAM and 128GB ROM, and the other packing 12GM RAM and a whopping 256GB ROM. 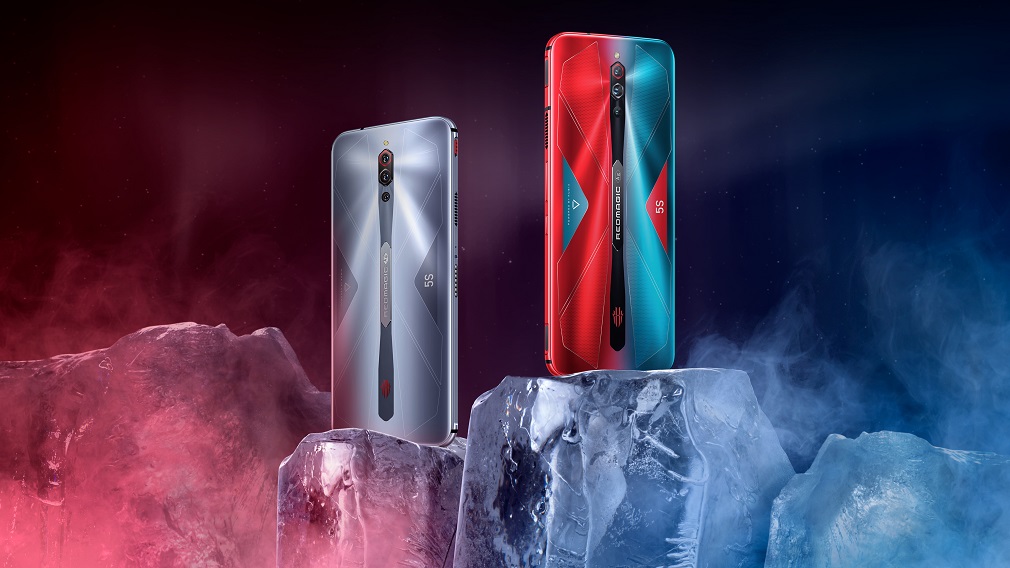 As well as packing powerhouse specs, the RedMagic 5S includes bespoke gaming features to ensure it’s best positioned to offer an unrivalled mobile gaming experience. These include built-in capacitive triggers that can be mapped to on-screen buttons for greater accuracy.

The device is also loaded with specialist software to help optimise it for mobile gaming. Headlining the range is a new version of the Game Space suite, which allows players to customise their controls, manage notifications and record footage during gaming sessions. What’s more, Game Space 2.1 comes with a new performance booster, mini-window support for multi-tasking, turbo fan controls and dozens of other improvements.

The coolest phone around

The impressive horsepower the RedMagic 5S can muster would put most non-gaming handsets at risk of burnout, but Nubia’s latest flagship is well equipped to handle it. This is thanks to the ICE 4.0 active liquid cooling system and a turbo fan that turns at 15,000 RPM.

It’s also been kitted out with smart temperature sensors, 10 of them, to be exact, and they provide real-time monitoring to ensure your handset is always beating the heat. They’ll even activate the fan and cooling system automatically if the temperature starts to spike.

Although the RedMagic 5S is a gaming phone first and foremost, that doesn’t mean it neglects the needs of the average handset user. Case in point, its camera credentials are impressively high end, with a 64MP main sensor from Sony leading the way.

The device rocks a triple camera setup that also includes an 8MP ultra-wide sensor and a 2MP macro. There’s even a Super Night mode for shooting under darkened conditions and Neovision, which is essentially a power pro camera setting.

The RedMagic 5S is hitting the market with a range of accessories in tow. Firstly, there’s the Ice Dock for players with extra cooling needs. Fully optimised for use with Game Space 2.1, this add-on eliminates the threat of overheating during the most intense gameplay fests.

Nubia has also released the Pro Handle so players can turn their device into a fully-fledged mobile gaming platform, an official case, and a HDMI to USB-C adaptor called the RedMagic Cable, allowing users to connect their handset to an external display. Moreover, the US and Asia-exclusive 55W PD Quick Charger will power your device in no more than 40 minutes.

Specs at a glance

Baseball Superstars 2020: Tips to help you power your way around the diamond