The Bonfire: Forsaken Lands proved an indie hit when it made the jump from PC to mobile devices in 2018, bagging a bunch of awards and striking a chord with strategy fans everywhere. Fast forward two years and developer Xigma Games has unveiled The Bonfire 2: Uncharted Shores, a standalone sequel to the popular town building survival simulation, and it’s just arrived on the App Store. 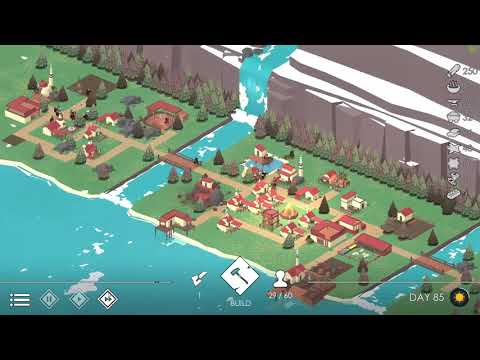 Like its critically acclaimed predecessor, The Bonfire 2 puts players into a procedurally generated map and tasks them with exploring its land and sea in search of resources to build a community. Along the way, they will find other cities to trade with, dungeons to explore and loot to collect.

Every member of your community is unique, coming with their own generated stats for attributes like strength and agility. Players are responsible for tending to their every need, from hunger to health, and keeping them fulfilled will see them level up. As you upgrade your army, there will be new weapons and armour to craft, giving you the tools to access the further reaches of the map.

The Bonfire 2’s survival elements come into play at night when a fearsome beast emerges to prey on your town. To keep it at bay, effective resource, community and defence management is called for.

The game offers plenty of content at launch and stacks of replay value thanks to the procedurally generated maps, but Xigma Games has promised to provide post-launch support. There will be a variety of updates in the future, including new content releases, activities, dungeons and loot.

The Bonfire 2: Uncharted Shores is available now for iOS devices, priced at $4.99 on the App Store. It’s coming to Steam on 21st August if you’re keen to pick it up on PC as well, and for those who want to take a closer look before they purchase, it will feature at Gamescom online later this month.

Want more? Check out our growing collection of The Bonfire 2: Uncharted Shores articles!

Company of Heroes, the classic RTS, will launch for iPhone and Android on September 10th

An exclusive first look at The Bonfire 2: Uncharted Shores