SPHAZE is a beautiful-looking puzzle game from developer SUBPIXELS that sees players embark on a journey through sci-fi and fantasy inspired worlds, guiding robots through a series of seemingly impossible mazes. It's available now for both iOS and Android.

The developer describes SPHAZE as blending together the arcade-style puzzles found in Cut the Rope with the gorgeous design philosophy of Monument Valley. It promises to be a relaxing, exploration experience as you test your reflexes to help out RoBeep.

The controls in SPHAZE are intended to be as easy to use as possible. Players will simply have to twist and drag to solve each of the puzzles, contorting the maze so that the robots can easily make their way through. There will be hints available, however, for those who struggle with finding the solution.

At launch, the game will have four different worlds to explore with over two hours of playtime on offer for the 40 base levels. Once they've all been solved, however, players can then tackle additional levels that are said to be super-challenging. There will be 20 of these more difficult levels available. 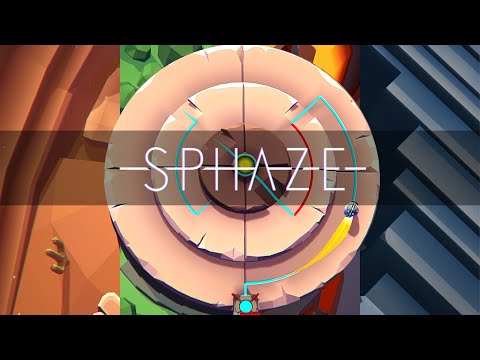 Beyond that, if players look closely, they'll also find additional puzzles to solve within each stage. To uncover these hidden conundrums they'll have to hunt for different interactive elements by searching around the environment.

SPHAZE is available now over on the App Store and Google Play. It's a premium game that currently costs $2.99 for iOS during its first week of release, and will cost $4.99 thereafter. It will be slightly cheaper on Android, due to it launching in beta.