Kingdom Two Crowns is a gorgeous side-scrolling strategy game that challenges you to take on the role of a monarch attempting to build up their kingdom and recruit useful followers to this worthy cause. It launched first in late 2018 for PC and consoles, where it earned itself some glowing reviews for its smart, minimalist design and rather lovely pixel art.

This is actually the third game in the series, following on from Kingdom and Kingdom New Lands, though it's the first to deliver co-op play. The option is there to play while sitting next to or across from one another, with the game switching between standard split-screen and "sky-to-sky" modes to suit whatever seating arrangements you may have.

Trekking through the game's treacherous world with a friend by your side should be good fun, but I'm glad the whole thing is still playable alone.

Another neat thing about this one is that, in addition to the medieval setting, you can also play as a mighty Shogun or Onna-bugeisha. With the new characters comes an all-new setting. Yup, their campaigns will see you venturing through a stunning take on feudal Japan. On top of your standard unit types, these guys are also able to recruit badass ninjas to their ever-growing armies. 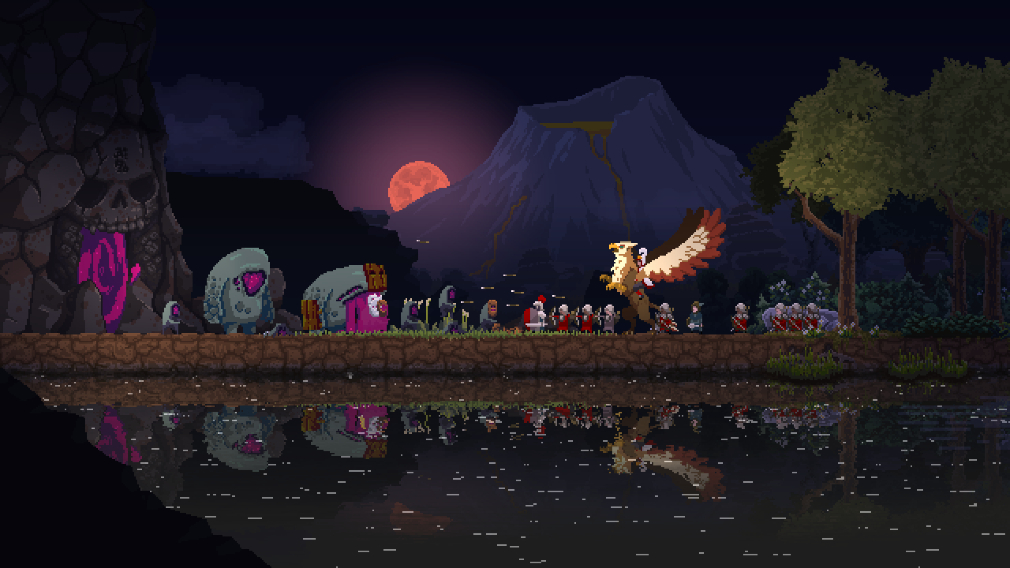 The all-new iOS and Android versions will benefit from significant post-launch support, adding more settings over time that will no doubt help to keep things fresh for longer. This could help to offset any grumbling about its price of 17 NZD (New Zealand dollars).

Kingdom Two Crowns is now available for pre-order over on the App Store. Those on Android can pre-register their interest on Google Play. It'll launch near the end of the month on April 28th. The release date was first spotted by Twitter user @mixtobin.

Starved for a good RPG? Here are 25 of our favourites for iPhone and iPad