The game has been available in beta for a little while now, though the full release brings with it a ton of fresh content to expand on the experience in a number of neat ways. In the full launch, you can expect new missions, characters, achievements, Champion Accessories, Champions Skins, and three fresh maps. 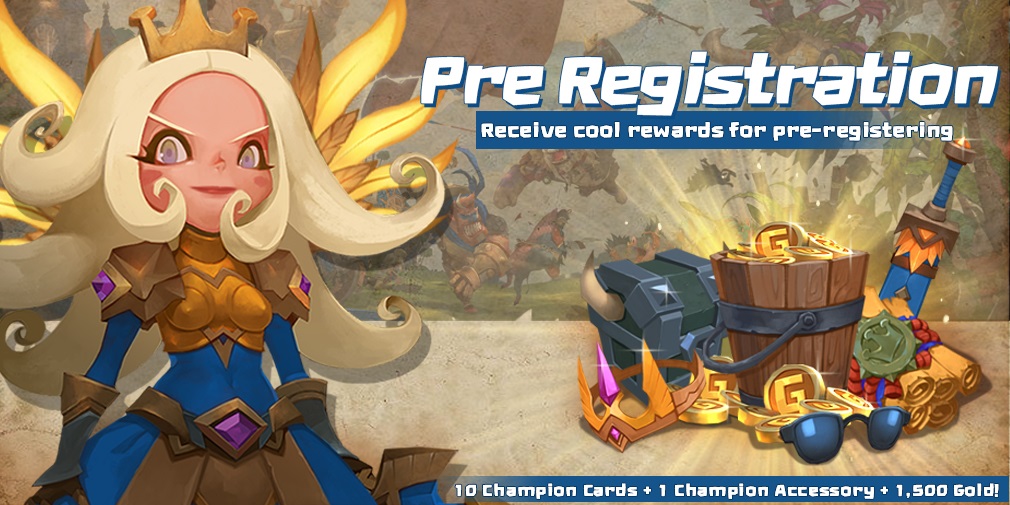 The game takes place inside a mysterious antique shop, which is home to a hidden universe of tiny cartoon characters. For centuries, two rival realms have been engaged in an epic battle for control of the Tinyverse, and it's up to you to choose a side and decide the outcome of this endless war.

You'll pick your favourite Champion and lead them to victory by tactically ordering your troops around the battlefield. Manipulation of the map is key to victory, and you'll have a number of skills at your disposal with which to push back enemy units and turn the tide of battle.

Matches are fast-paced and intense, though you'll also need to think strategically in order to effectively navigate the map and repel attacks from rival Champions.

There's still plenty of time to pre-register ahead of launch, and doing so is a great idea if you want to earn yourself some great in-game rewards, including Champion Cards, Champion Accessories, and gold.

Those looking for a cute and tactically demanding RTS should make a quick trip to the App Store or Google Play to pre-register the promising MINImax Tinyverse.