And you can grab yourself a new set of wings

AxE: Alliance vs Empire is receiving another fairly sizeable update, as it often seems to. This time around they're introducing a new feature called the Awakening System alongside a plethora of other bits and bobs that we'll get into later.

The meat of the latest update is the previously mentioned Awakening System. This new feature will allow players will be able to learn new skills across three stages for each playable character. This will be called Awakening and will be represented in-game by new attack animations, skills and their appearance will also be changed. 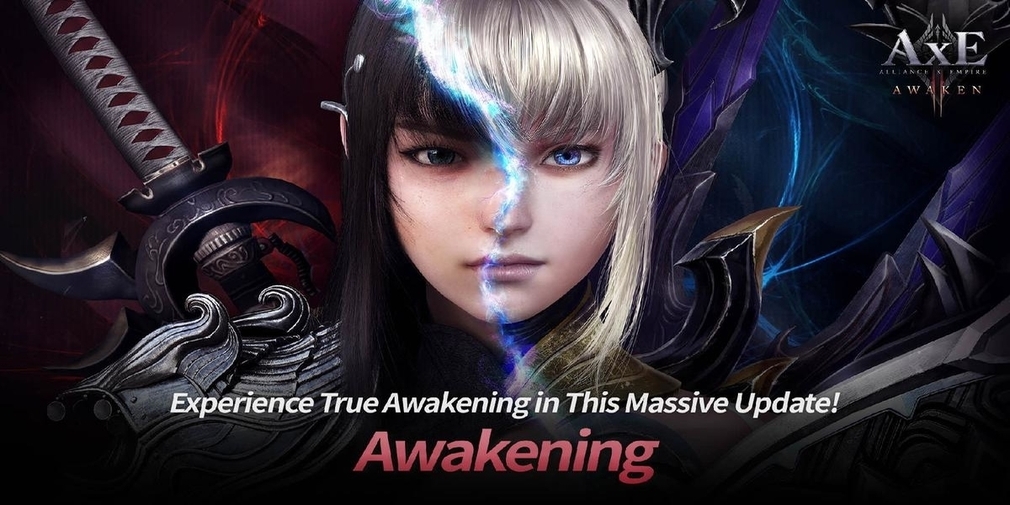 There will also be a new, neutral village added to the game called Sky City Esonia. You'll need to have completed Main Quest 1-2 to visit but once you have you'll find visiting will give your character various buffs and other bonuses. The village will also be home to new merchants and blacksmiths for improving your gear.

You'll also be able to tackle a new raid called Dimensional Tear. This new raid will take place over four stages that will get tougher with each part. You'll team up with between four and eight other players and successfully beating this challenge will earn you Awakened Gear, Augmenter Development Materials and Gold.

If you've been at the level cap for a while now then you'll be able to benefit from all that experience again. The cap has been increased to 150 and is accompanied by the addition of new Gems, Artifacts and Skill Points. The Eternal Sanctum has also added additional floors, bringing the total to 100.

There's also a bunch of new accessories including bracelets, earrings, belts and brooches. They'll be available after each Awakening and can reach Mythic grade using Accessory Upgrade Stones. Finally, you'll also be able to grab yourself a new pair of wings called the Justice Wings.

AxE: Alliance vs Empire is available now for the App Store and Google Play. It's a free-to-play game with in-app purchases.