Konami's mobile football management simulator, PES Club Manager, has received several updates for the 2019/2020 season. It's a lot of smaller the tweaks and changes you've come to anticipate with yearly football updates alongside a few completely new features too.

Firstly, as you'd expect, it brings all the player data for the current season into the game so everything is up-to-date there. Additionally, the 25 partner clubs PES has have also been added to the game. This includes Bayern Munich and Manchester United, so you won't have to manage Man Red if you're a United fan.

Next up there are two new features based around boosts and rewards in the game. The first is called 'Career Record'. Through this new system, you will earn 'Glory Pts' for all of your managerial achievements. The team with a higher total of these points in a match will receive a 'Team Glory' bonus of up to +10 to their team's overall rating for that game.

The second is called 'Manager Pass' and is more focused on players earning various rewards. There are both free and premium versions of this pass available and will give players different rewards as they progress through the season. It's essentially a football battle pass.

There's also a new trophies feature. This allows players to share their achievements with other players which is important because football is all about bragging rights. 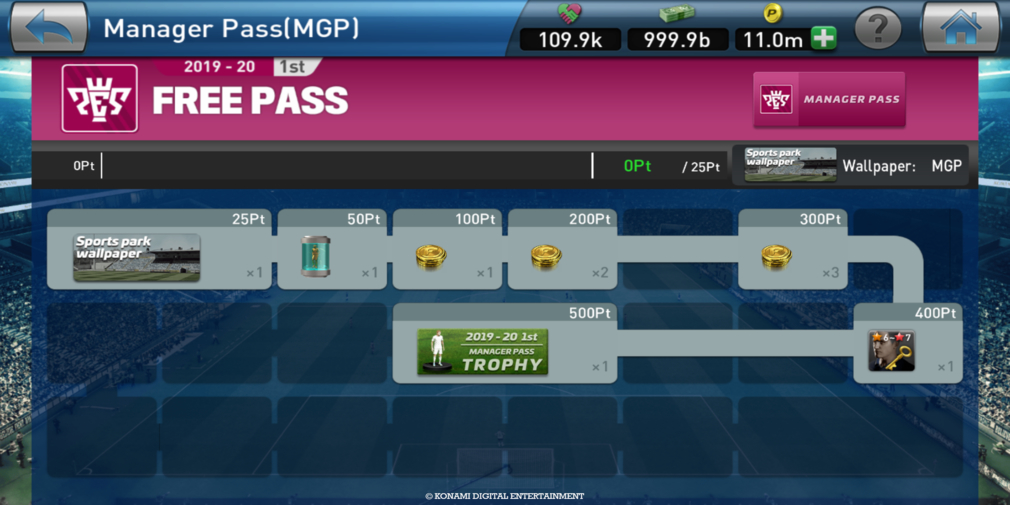 To celebrate the update and new season there are several in-game rewards on offer for both new and existing players. These include Serge Gnabry and a free 7-star FC Bayern player, a free 4-star scout each day and various other bonuses.

PES Club Manager is available now on the App Store and Google Play. It is a free-to-play game with in-app purchases.