Earlier this month, Niantic announced several events in Harry Potter: Wizards unite to celebrate Hallow... er, sorry, Darks Arts month. During that announcement, they mentioned a final quest that will take place on Halloween itself and we now have the lowdown on what exactly that is alongside a few other things to do.

From October 30th - November 1st players will be able to gain entry to the Harrowing Halloween Chamber using Dark Arts Runestones they've hopefully been saving up throughout the month. The more Dark Arts Runes you and your fellow wizards use alongside your level will increase your chances of encountering Slytherin's Basilisk.

So keep your eyes peeled for that, just make sure it's not directly at it. It won't just be a big old serpent that lies in wait in that chamber though. You'll also encounter a Dark Witch and a Dark Ministry Official. Defeating these evil foes will earn you increased Dark Arts Family XP. 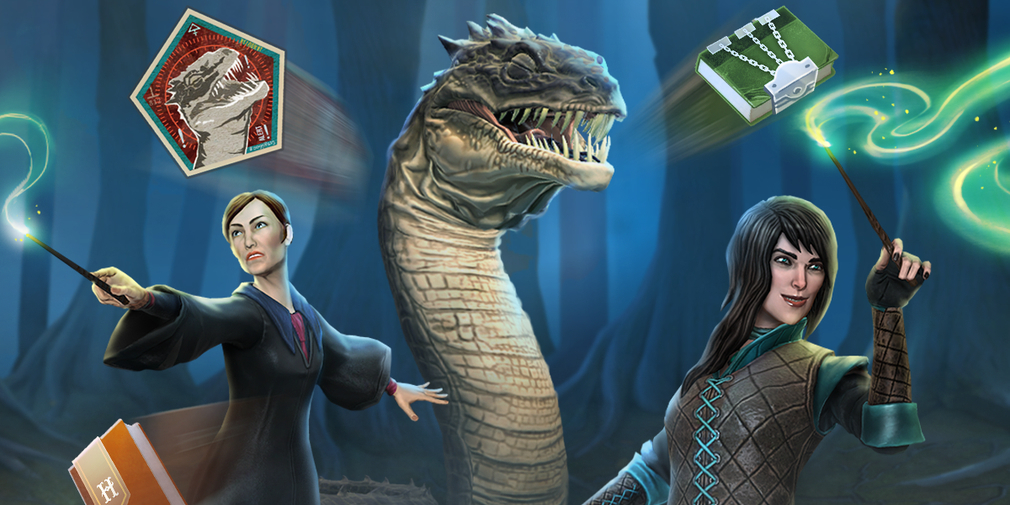 Meanwhile, you'll also be able to complete a limited-time assignment that will give you some exclusive rewards. Among those will be a new Title and Badge for your Ministry ID. There will also be increased chances of seeing Dark Arts Family, Moaning Myrtle and Young Ginny Weasley Traces.

If you're a little short on Dark Arts Runes and Spell Energy, fear not. The merchants of Diagon Alley will be handing out a free store bundle where you'll be able to grab some. If you're yet to give Harry Potter: Wizards Unite a try but want to get started, then check out our guides, which will help you on your way.