Simogo’s Sayonara Wild Hearts has risen to the top of the Apple Arcade launch line-up to become one of the most discussed and acclaimed games of the year. It’s an interactive pop album of sorts, boasting a striking, neon-soaked aesthetic and one of the best soundtracks of any game in recent memory.

As is the case with most games, its 20-odd levels vary in quality quite considerably. Each one features its own original song, hence the “interactive album” description. Even if you’re only slightly interested in giving it a go, I’d strongly recommend playing through Wild Hearts before reading this here list. While there are no story spoilers as such, the levels themselves go in such wild directions that it’s just better going in knowing as little as possible.

So, without further ado, here’s our 100% scientifically accurate ranking of every level in Sayonara Wild Hearts…

Man oh man is this level annoying. In its worst moments, Sayonara demands that you memorize all incoming obstacles, repeating the same 5 seconds of gameplay repeatedly until you win. Parallel Universes is that bad idea at its most aggravating. The problem is that the bike’s turn is too slow to react to obstacles naturally, which, as I say, forces you – at least on your initial couple runs – to memorise what’s coming. I love the idea behind it, with multiple versions of the same road switching on the beat, but by the time you’re dealing with 3 different layouts, you'll be ready to tear your hair out. Subsequent runs have dulled the frustration considerably, but it still feels cheap. 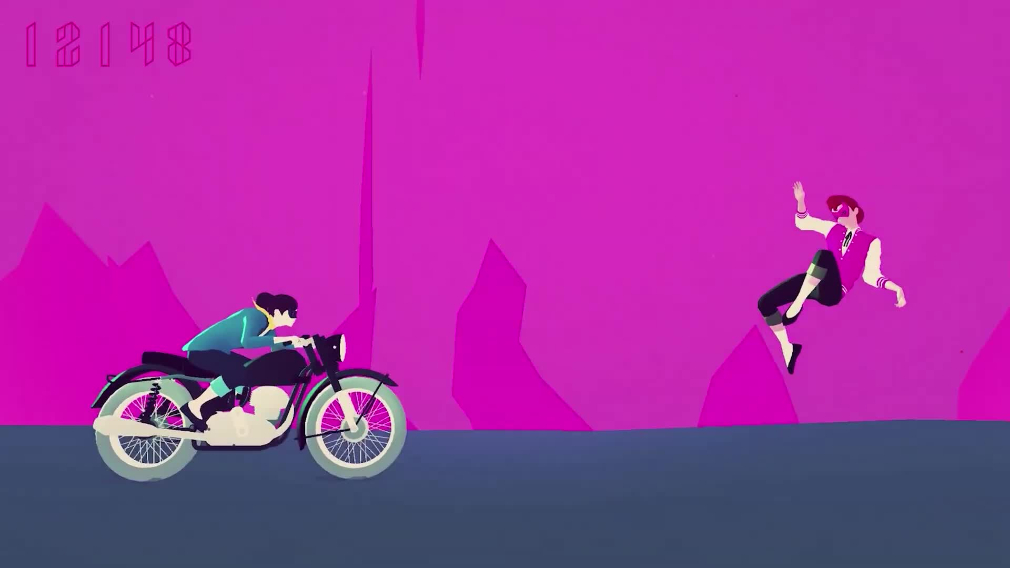 This one suffers from controls which feel a little… off. Driving this hulking, drifting car is a novel experience at first, but my initial run felt largely aimless as I careened haphazardly across the multiple roads. It lacks the assured direction of the game’s best sequences, and ditching the car after a single level means that the concept feels like a total non-starter.

This one’s ok. It’s a sort of “game within a game”, transporting you into the boxy world of a VR headset. It’s all about quickly navigating your way around incoming shapes, desperately squeezing through tight gaps to survive. It’s also one of the slower levels, which could have worked well if the concept was explored more thoroughly.

I sorta forgot about Hearts & Swords until I played through the game for a third time in the arcade mode. It’s a quick, well-paced level which introduces the rapid-fire corners that I quite enjoy.

This one lays a solid foundation for the later levels which eventually kick everything up a gear. I get a kick out of evading its many electric walls, though they’re never really advanced beyond being static barriers. 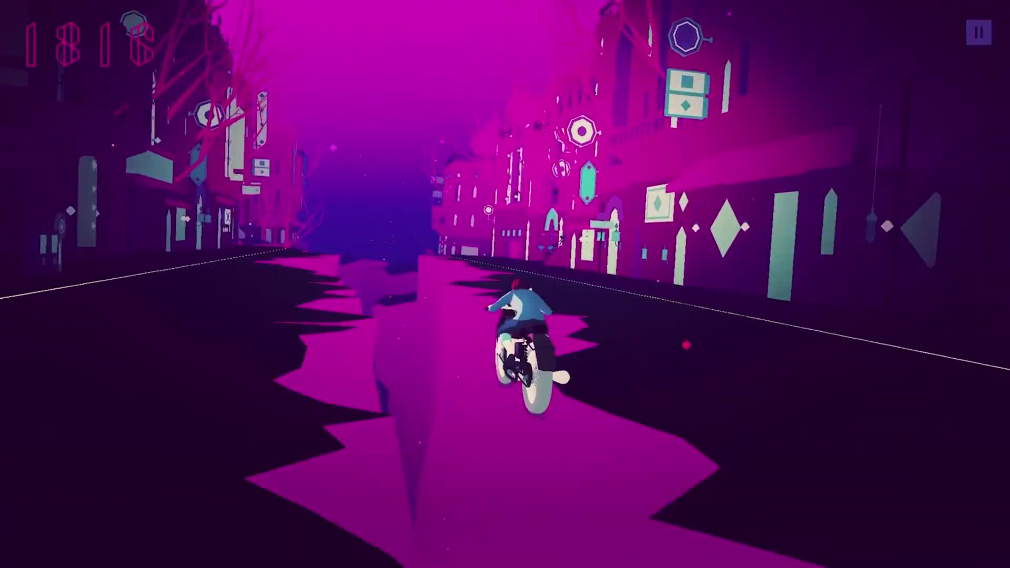 Hate Skulls is good, straightforward fun, introduces the satisfying bow and arrow targeting, and feels like a nice palate cleanser in the lead up to the grand finale. It might even have ranked higher if it didn’t precede a much better level that builds on all of its ideas in satisfying ways.

Laser Love is memorable for introducing some basic shooting mechanics. Chasing down the wolves gets enjoyably intense later on, and, unsurprisingly, the tune itself is great. Not the best combat-focused level by a long shot, but it’s a solid start.

Not sure about you, but most of these bled together on my first playthrough. Having went through them all again, the tower-scaling Heartbreak III is the only real standout. I find the sheer speed of the other levels to be a bit much, and they’re also not terribly interesting from a visual perspective.

Fighting Hearts introduces Wild Hearts’ basic QTEs through an extended combat encounter that doubles as a fun dance sequence. It’s also commendable for knowing when to put the QTEs aside to let you have a quick go on your new bike. 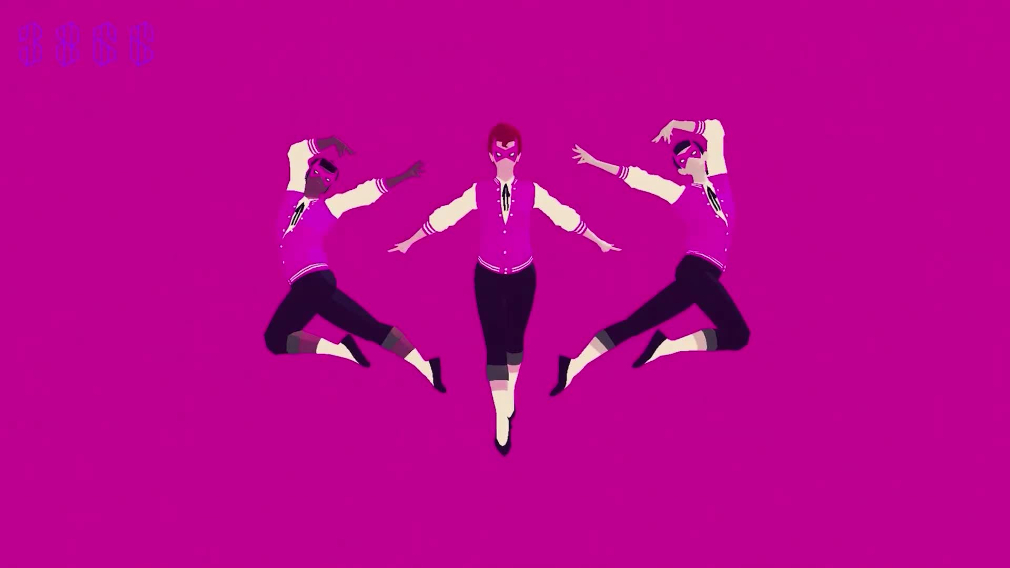 Ever fancied chasing down then riding a magical forest deer? Well, this here level lets you do just that. It’s a fairly brief sequence that nevertheless sticks in the mind thanks to that high-flying deer.

Gosh, I wish this one lasted a bit longer. The woozy visual effects on display are a real highlight, and the all-too-brief mushroom bouncing section is maybe the comfiest marriage of music and visuals in the whole of Wild Hearts.

Doki Doki Rush is a definite early highlight, not least because it acts as our introduction to the game’s lightning-fast motorbike. Following two slightly more mellow levels, it comes across as an exhilarating, ecstatic statement of intent.

On top of boasting one of the best tracks in the game, Begin Again also feels like the level you’d let your naysayer friend play to show them what Wild Hearts is all about. It’s fast, the music is terrific, and it's one of the few levels that lasts precisely as long as it needs to. 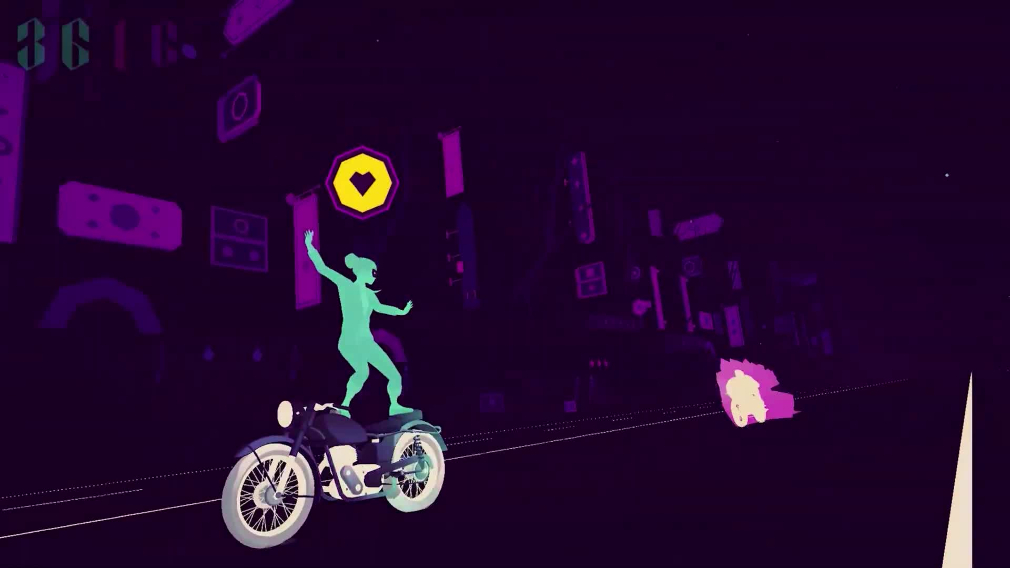 This one’s great – definitely one of the best bike levels. It’s good fun watching your enemies’ swords grow to comically large proportions, to the point where they begin chopping up the bridge you're currently driving on. And it all culminates in a fight atop a fighter jet cobbled together with the transforming swords.

From the Queen Latifa-narrated intro to the slow build of Clair De Lune as your character falls from her floating house to the space bridge below, this one’s pretty much a perfect intro, easing likely even the least experienced players into its 200mph pace.

Easily one of the best levels in the entire game, Inside incorporates pretty much every learned mechanic up to this point. You’ve got arrow shooting, QTEs, flying, bike riding, bridges made out of vomit – it’s great.

Dead of Night mixes up the standard motorbike action by switching to a stomach-churning first-person perspective. Controls definitely feel a little stiffer in first-person, but narrowly dodging obstacles as they fly toward your face at ridiculous speeds is undeniably thrilling. It helps that the level is kept simple to compensate for the switch in perspective, with the brief boss encounters dotted throughout making this one of the most memorable levels of the lot. 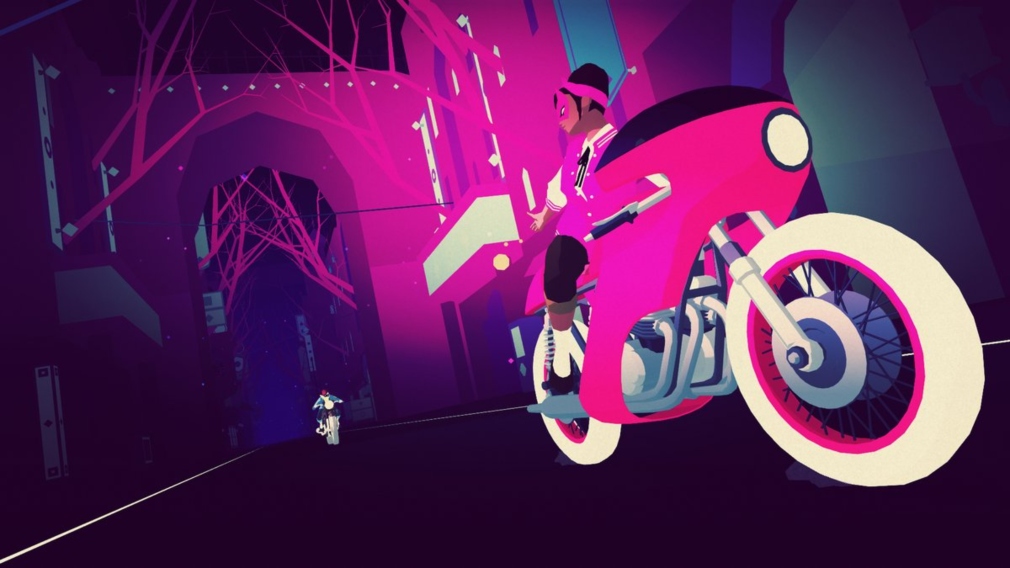 2. The World We Knew

The World We Knew is a huge improvement over Reverie, the level that directly precedes it. It again takes place mostly in a shifting, glitchy VR headset, feeling quite unlike any of the other levels. It’s wild, occasionally challenging, and arguably boasts one of the most mechanically impressive sections in the whole game.

Yeah, it feels a little predictable to put this at number one, but it’s frankly the best level; a beautiful, affecting culmination of all that’s come before – just stunning. And laying a big smooch on that dragon?... Incredible.