Lootbox RPG, from the developer behind acclaimed RPG Silversword, serves up an enticing and hearty meal of old-school dungeon-crawling action. It’s 2D, turn-based, and all played from a top-down perspective – oh, and it’s also really rather good.

As the son of ‘His Great Unholiness’, the task of defending your father’s realm falls to you. This quest will see you travel to hell and back, all while picking up optional missions, meeting NPCs, taking on enemies in turn-based combat, and exploring the various environments for loot and hidden secrets.

Magic runes can be combined to allow for awesome spell casting, and you’ll be able to recruit minions to help carry your items or perhaps even fight alongside you. There’s a treasure chest tucked snugly away in each of the randomly-generated levels, and so your curiosity and exploration will always be handsomely rewarded. 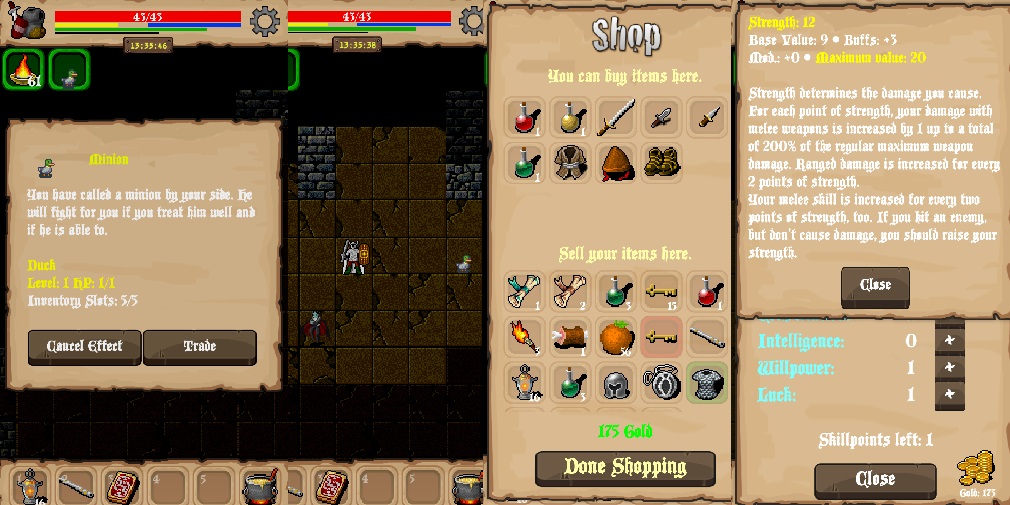 And with the latest update, v1.7, developer Mario Gaida has made a host of smart gameplay refinements. On top of the smaller changes, you’ll now have access to a spell that highlights the path to the nearest level exit. You’ll also be able to delete your saves if need be, there’s a new NPC who’ll happily reset your skill points for free, and a mystical fairy queen has appeared to teach you some important info about magic.

The game contains no IAPs, ads, or freemium monetisation of any kind. It’s already packed with intriguing questlines and dungeons, and you can expect even more free content going forward.

Those on the hunt for an extensive, old-school dungeon crawler need look no further than the superb Lootbox RPG, now available for download over on the App Store and Google Play.