Go back to the future

From Spielberg homage Stranger Things, to Far Cry’s neon-lit expansion Blood Dragon, it’s fair to say the eighties has made a bit of a comeback. Riding the retro wave is Tap Tap Good’s debut mobile game, Super 80s World, released this April on iOS — and coming soon to Android and Steam.

You slip into the chunky pumps of moustachioed hero Dan Camaro (yes, Camaro, like the Chevy), a man tasked with saving the decade time forgot — or rather his nemesis deleted. Dr. Noid Wormser, a geek with a grudge, has used his tech know-how to erase the eighties. It’s up to Dan (you) to jump, flip and dive-bomb through a world as crammed with dangerous obstacles as it is with throwback memorabilia, and save the only decade in which he truly felt at home. 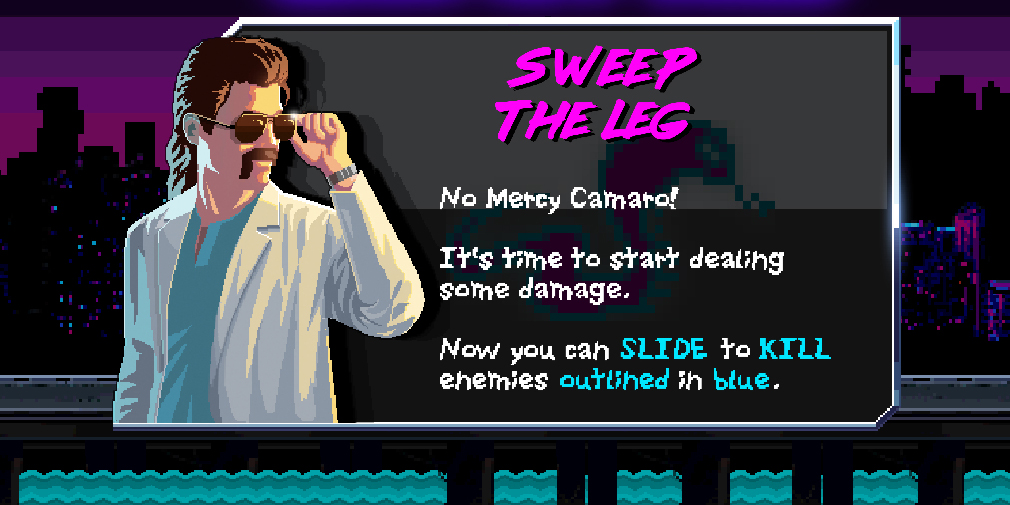 Super 80s World is a runner-come-platformer, blending the most addictive elements of both genres. The side-scrolling maps lob endless threats in your way, from floor saws (who put that there?) to flamingos. But there are interactive elements, too, such as elevating platforms and climbable ladders, which feel squarely rooted in the Sega Megadrive era of platformers. As you work your way through more than forty levels, you can grab up to 1,700 collectables including cassette tapes and VHS flicks — each a nostalgia-inducing eighties reference. You’ll also pick up new skills along the way, which are essential for tackling the six bosses standing between you and victory. Despite the special moves you can make Dan do, the touch controls are all simple swipes and taps, so no tricky finger yoga.

Super 80s World is sure to please fans of the decade mullets were cool and synthwave was hot. But it’s also just good old-fashioned fun, and boasts more than 20 hours of gameplay to keep you grinning. Download Super 80s World from the App Store now.