'One place for all the ways we play'

After Google Stadia was announced at GDC yesterday the gaming world is practically ablaze with questions, concerns, and opinions about this cloud gaming service. Typing in the name today will show you a whole range of articles from large and small platforms alike.

But, going back to basics, what exactly is there to know about Google Stadia? Despite last night's reveal there's still a lot we're waiting to learn, but if you're looking for the TL;DR rundown without sifting through tons of footage and copy, we've got you covered right here, friends.

1
What is Google Stadia and how do I run it?

Google Stadia is Google's newly announced cloud gaming service. This means you'll be able to get stuck into all sorts of AAA games by opening up Google Chrome… and so long as you have a decent internet connection.

You don't need a fancy, high-end console or PC, just a compatible device. As was touched on during the reveal last night, Stadia should work with any laptop and desktop, even the lowest powered ones, Chromecast-compatible TVs, and 'selected' phones and tablets.

How? Because rather than relying on your system to bear the load, Google will have a dedicated data centre.

A cracking interview with Google Vice Presidents, Phil Harrison and Majd Bakar, over on Eurogamer revealed that, despite the recommended minimum internet speed of 25 megabits per second for 60 FPS/1080p, you'll need a higher connection if you want to stream 4K/60 once it's established on launch. 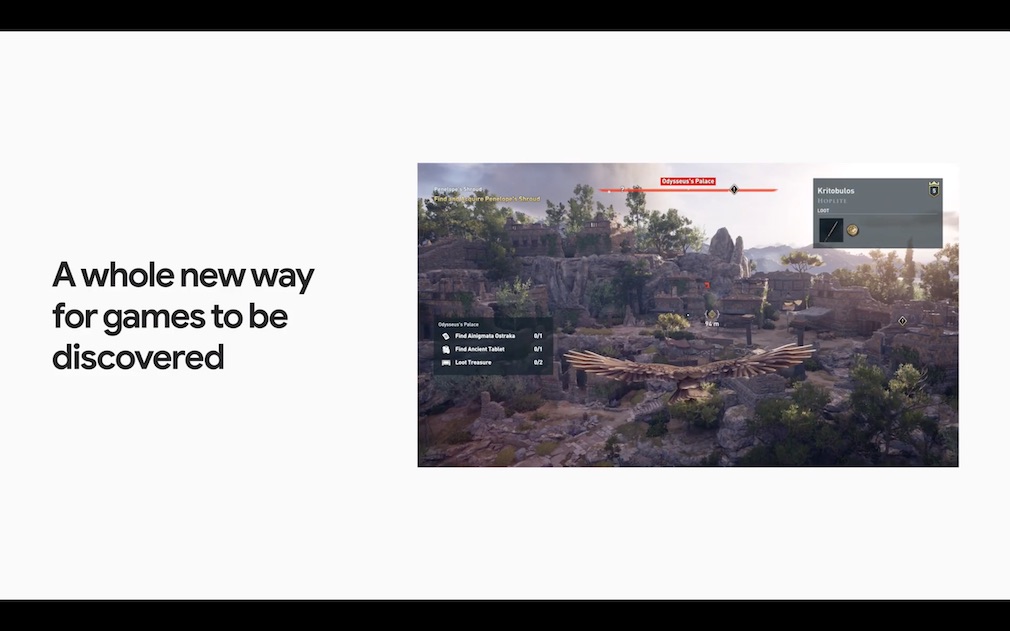 2
When's the release date and how much will it be?

Though no specific date was set, Google Stadia is scheduled for release sometime in 2019. The first release territories will be in the US, Canada, UK, and most of Europe.

Unfortunately, there's no mention of pricing so far. Comments made by Harrison in the aforementioned interview suggest that there'll be a lot more detail revealed in the summer, potentially at E3. 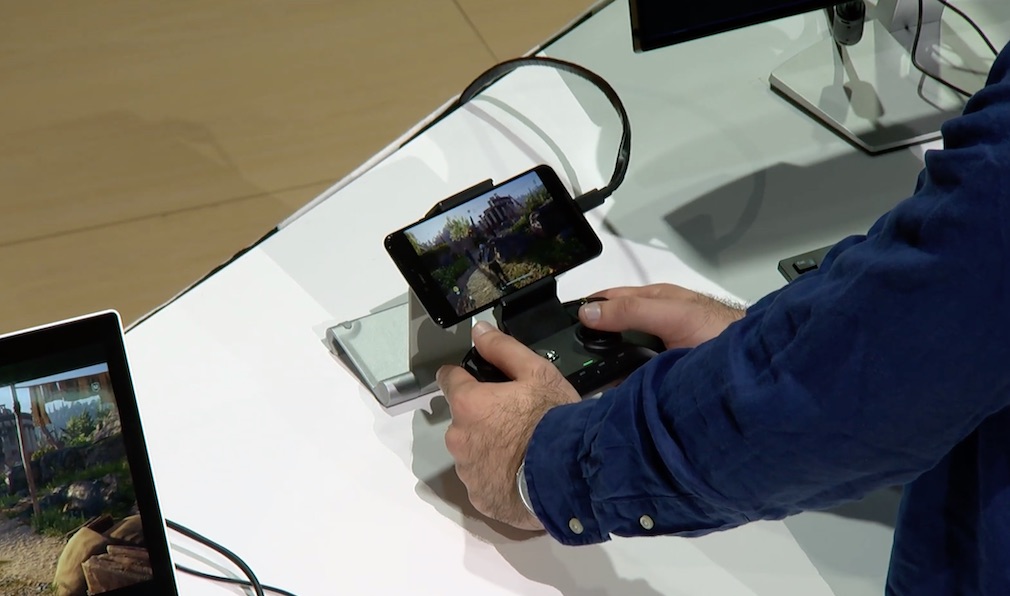 3
What makes the Stadia controller different to the one I have now?

Besides its shape and brand, the Stadia controller is your link to playing on the TV – you won't be able to use the service on your TV without one (though, you can still just use whatever USB controller you have to play on desktop/laptop).

By connecting via WiFi to the game running in the Google data centre, it establishes an instant and intelligent link to whatever device you're playing on. As the controller connects directly to the data centre, it will (apparently) be able to move between devices with ease and without the need to re-sync.

It has two new, distinctive buttons: the capture button, where you can share your experience to YouTube, and the Google Assistance button, which lets you access the in-built microphone and get immediate support when you're stuck.

Again, there was no mention of price so you'll have to wait for the summer for more information. 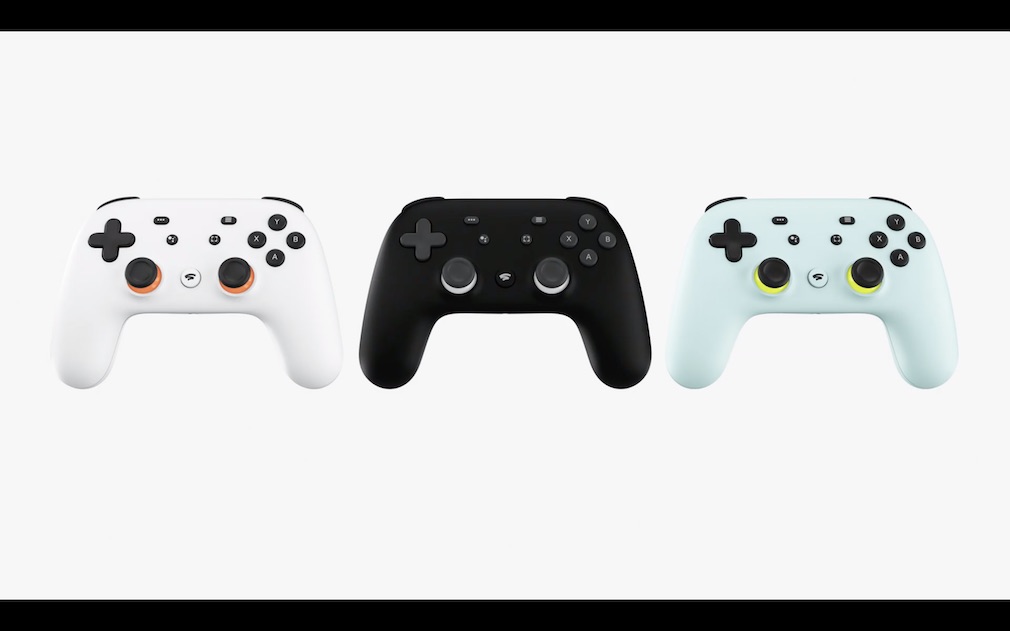 4
What games can we expect to play?

So far, the two game that have been established with the service are Assassin's Creed Odyssey and DOOM Eternal, both of which boast high resolution and buttery smooth framerates.

The reveal of DOOM Eternal came just before the announcement of Stadia Games and Entertainment however, where games will be designed specifically for the new streaming service. Though, with Unity and Unreal Engine throwing their support behind the project, I don't doubt there'll be an intriguing roster shown off later this year.

5
Will I only be able to play with other Google Stadia users?

Nope, Google Stadia support cross compatibility, meaning you're not going to be cut off from your friends online. However, it's down to the game's developer to decide whether they implement the feature or not.

As was touched on during yesterday's reveal, this is particularly interesting since player counts could grow ever-higher in, say, your average battle royale games or other popular multiplayers. Thanks to the dedicated data centre, the predictable low latency/connectivity means a higher volume of players can be synchronised reliably, boosting figures from hundreds of players to thousands. 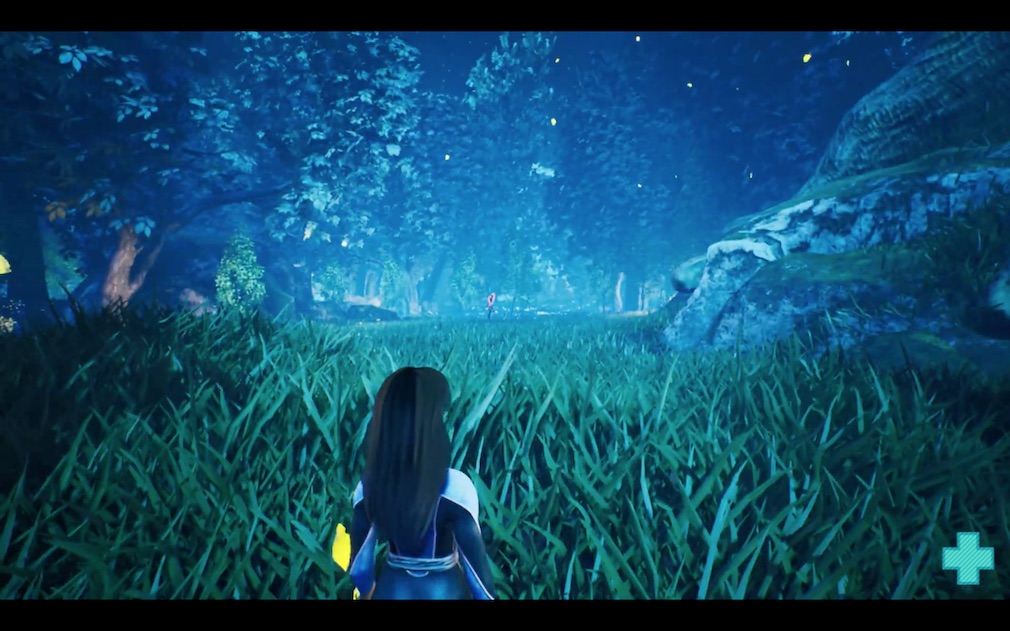