You know the rules of golf, right? Hit ball with stick, get ball into hole. Don't hit at other people. Alligators happen. This is day one stuff, really.

Golf Peaks does away with that. Instead of directly hitting the ball, you're instead given a deck of moves which push the ball a set number of spaces at a time.

And, somehow, it's utterly brilliant. It's constantly playing with its own rules, adding new twists and turns, but in such a way that you'll never feel totally stumped. And that's a hard thing to do for a puzzle game.

As mentioned, Golf Peaks doesn't let you hit freely. Instead, you're given a set selection of moves to choose from and a set number of spaces that your ball will travel along the isometric grid in front of you.

You can either hit a standard shot, which rolls the ball across the floor, or a chip shot, which knocks the ball into the air with wonderfully impossible physics. 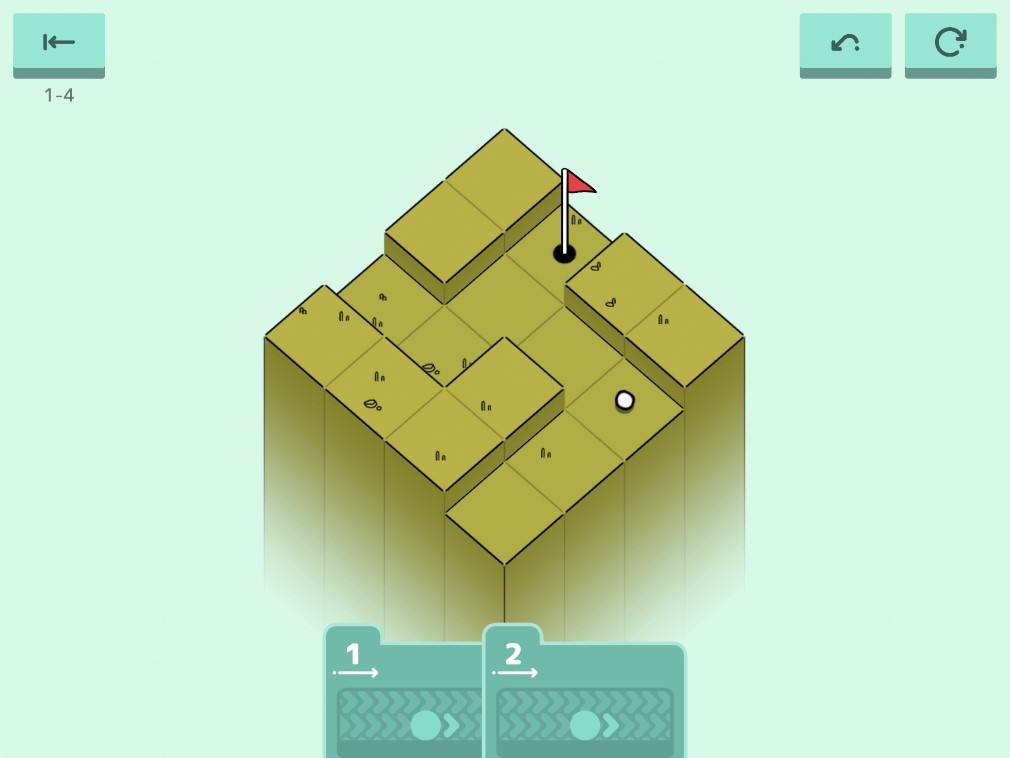 You're also usually given the exact number of plays you need to complete each level. There are no secret routes or par scores to beat here - you have the tools for the job and a particular way to complete it.

What this system lacks in freedom, in makes up for in the sense of reward. When you've beaten a level, you know you've done it to the best of your ability. There's no sense of needing to go back and beat a certain score, and nothing to stop you from moving on to the next puzzle.

These puzzles can get mighty hard as well. Progress far enough into the game and you'll have to contend with sand pits, mud pools, water traps, and even portals.

Each new mechanic comes with its own tutorial level or two, so you've got some space to play around and learn the ins and outs, rather than getting needlessly overwhelmed by something you've never encountered before.

And if you're hammering through the main levels faster than you'd like, there's also bonus levels at the end of each chapter, offering up an even harder challenge for those who truly want to test their brains. 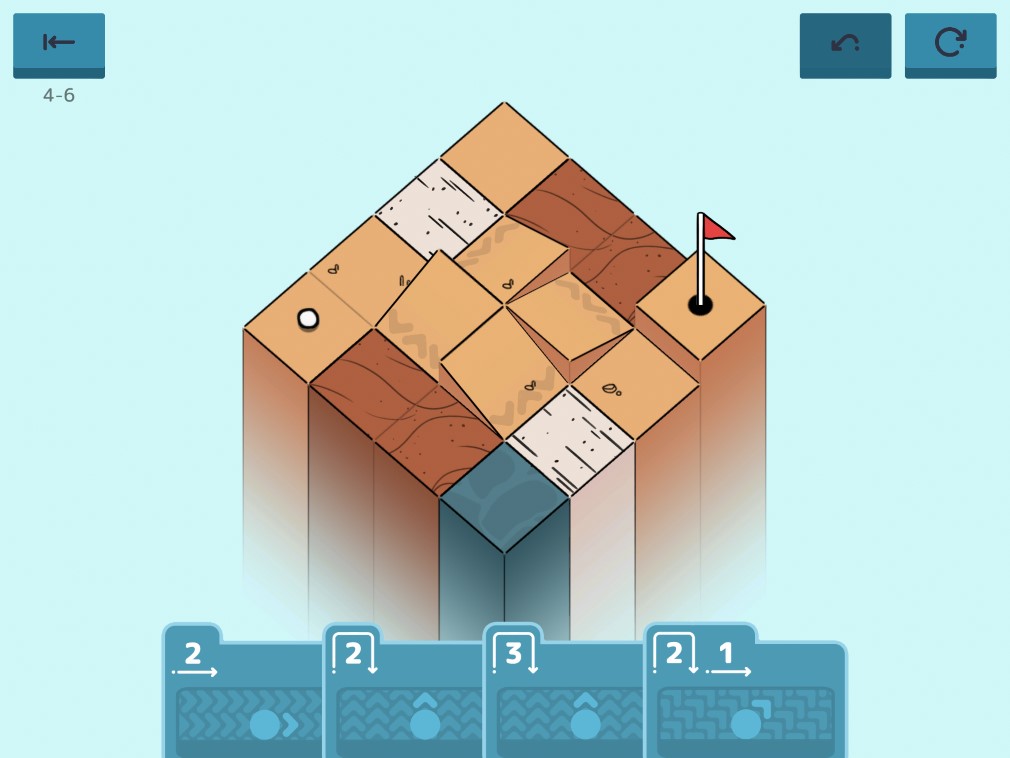 Graphically, Golf Peaks is simple and cartoonish, but its clean presentation helps you understand the entire puzzle at a glance, allowing you to make your assessments and plans as soon as it loads in.

It's a pretty magnificent experience, all told. The only downside is there just isn't enough of it - once you get into the swing of things, it's fairly easy to breeze through the entire game in a couple of hours.

But that's not really a bad thing either. Golf Peaks does exactly what it wants and wraps things up before you get frustrated, and it's a lovely way to kill an evening.

If you like a good head-scratcher and you're looking for a novel look at the sport of golf, you really need to check this out. You won't regret it.

Golf Peaks is smart, beautiful, and sticks firmly to the thin line between too hard and too easy throughout
By Ric Cowley
| Nov 14, 2018 |
iOS
Find out more about Golf Peaks

Age of Empires: Castle Siege says farewell to fans in 2019