We try out the scatalogical dungeon-crawler

Poopdie is a game about, well, poop. The titular character attacks with poop. The questline revolves around poop. If you don't like poop, you won't like this.

The game's scatological focus is no surprise when you consider that everyone's favourite YouTuber PewDiePie is the creative force behind it, having partnered with BulbBoy developer Bulbware to make it.

With that in mind, there's some pretty big expectations behind this game. And based on what we played at the Poznan Game Arena, it will probably hit them for a lot of people.

Poopdie follows the story of a worm living in a world where everyone but him has forgotten how to fart or defecate. Because of this, they can't release tension in their bodies, and have become aggressive and hostile.

Your goal is to try and teach the world how to poop again, largely through doing quests and killing small sentient bottoms that are hellbent on killing Poopdie.

You can't attack enemies directly - instead, you must eat a certain number of ingredients, before crapping out units and sending them in to attack for you.

Combat is super simple. You tap an enemy to send your units after it, and they attack until either the opponent dies or your unit dies. If you have multiple units to hand, you can tap the same enemy repeatedly to send as many enemies as you like after it.

There are different kinds of poops available which you unlock along the way, but our demo only featured the typical brown mess (albeit with a cute smile) which simply dealt damage until it died.

It lacks depth, especially when you've only got the one poop in your party, but it works pretty well on mobile, keeping the action simple and easy and leaving you to focus on gathering up more ingredients to pad out your team later on.

The only issue is that, at the moment, you can't cancel attacks. Accidentally tap on a destructible object and your poops will smack it until it's dead, even if you're getting the crap kicked out of you by an enemy. The build we saw was pretty early, however - it's likely a system will be added in later.

Outside of combat, you'll be talking to townsfolk, picking up quests and levelling up your poops with Poop Coins earned from killing everything in sight. All fairly standard RPG stuff, really. 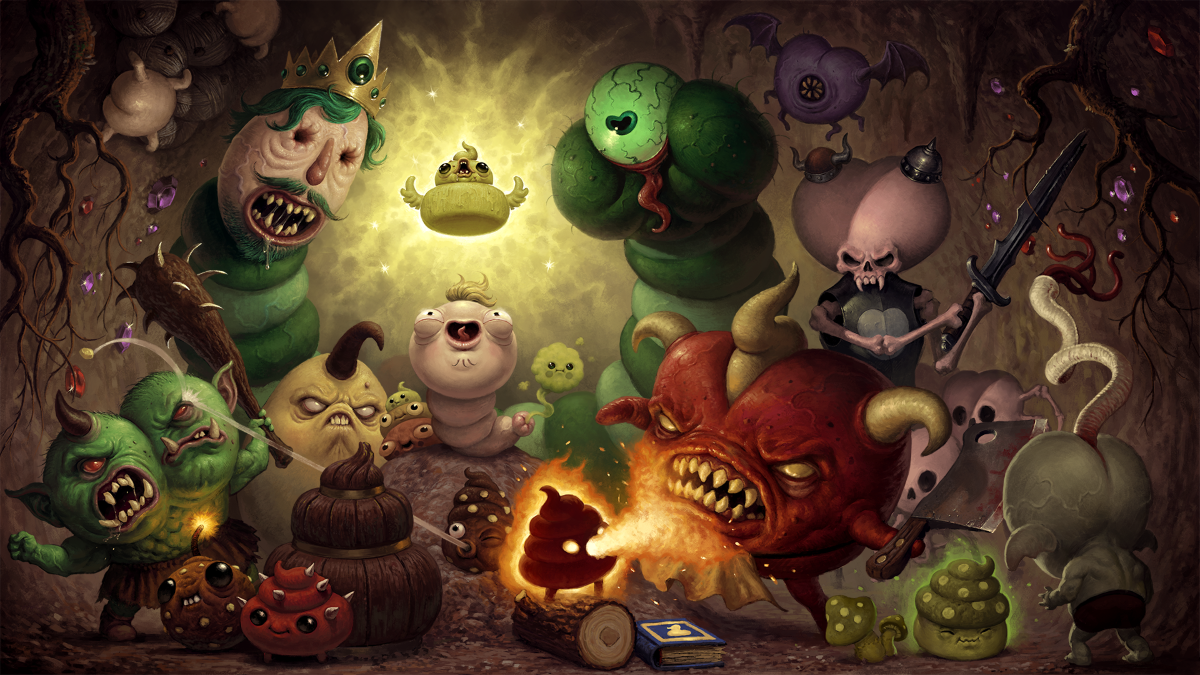 That's no bad thing - mechanically, everything works. And if you really, really love poop jokes, then you're probably going to love this.


Was it something I ate?


My one worry is the free-to-play mechanics. On top of earning coins in-game, you can simply buy them to unlock new upgrades and buy ingredients or watch ads to earn a handful of coins and activate certain areas which grant a bunch of ingredients.

There's nothing inherently wrong with that system - the concern is how it affects progression. Will we see coin gates further down the line, blocking off certain areas? Or will upgrades become too expensive, forcing out a long, tedious grinding session before you've got enough skills to progress?

The devs have plenty of time to work all this out - the game's not due out for a while yet - and done right, the system could actually work pretty well. Only time will tell.

What we can say is this - Poopdie is a solid dungeon crawler with an aesthetic to design a very particular audience. And that audience, based on the laughter booming through the booth as the story was explained to passers-by, will absolutely love it.

Want more? Check out our growing collection of Poopdie articles!

Fortnite kicks into full autumn gear with its 6.10 update

Respawnables cheats and tips - Full list of EVERY piece of gear