Every week here at Pocket Gamer we're going to be picking one game and doing an in-depth review. This week it's the turn of Super Cat Tales 2 from Neutronized.

There's a lot to be said for sticking to your guns. After all, as the saying goes, if it ain't broke, don't fix it. Super Cat Tales 2 understands that. It gets why the first game had so many fans, and it gets why they might want to come back for a second bite at the cat-based jumping cherry.

So from the get-go it drops you into a familiar place. Sure, within seconds the world you saved in the first game has been plunged into mortal peril again, but the cats are still chunky and cute, the level design is still unashamedly retro, and the adventures you're having are all about choosing the right cat for the job.

There's backtracking, hidden secrets, and a lot more going on besides. But for the most part, Super Cat Tales 2 is an interesting and engaging platformer that's dripping with charm and clever ideas.

The hat on the cat

One of the best things about the game is definitely the controls. You're probably used to struggling with on-screen buttons when you're playing a mobile platformer, or you know you're going to have to give over some of your control to the game in order for things to work. 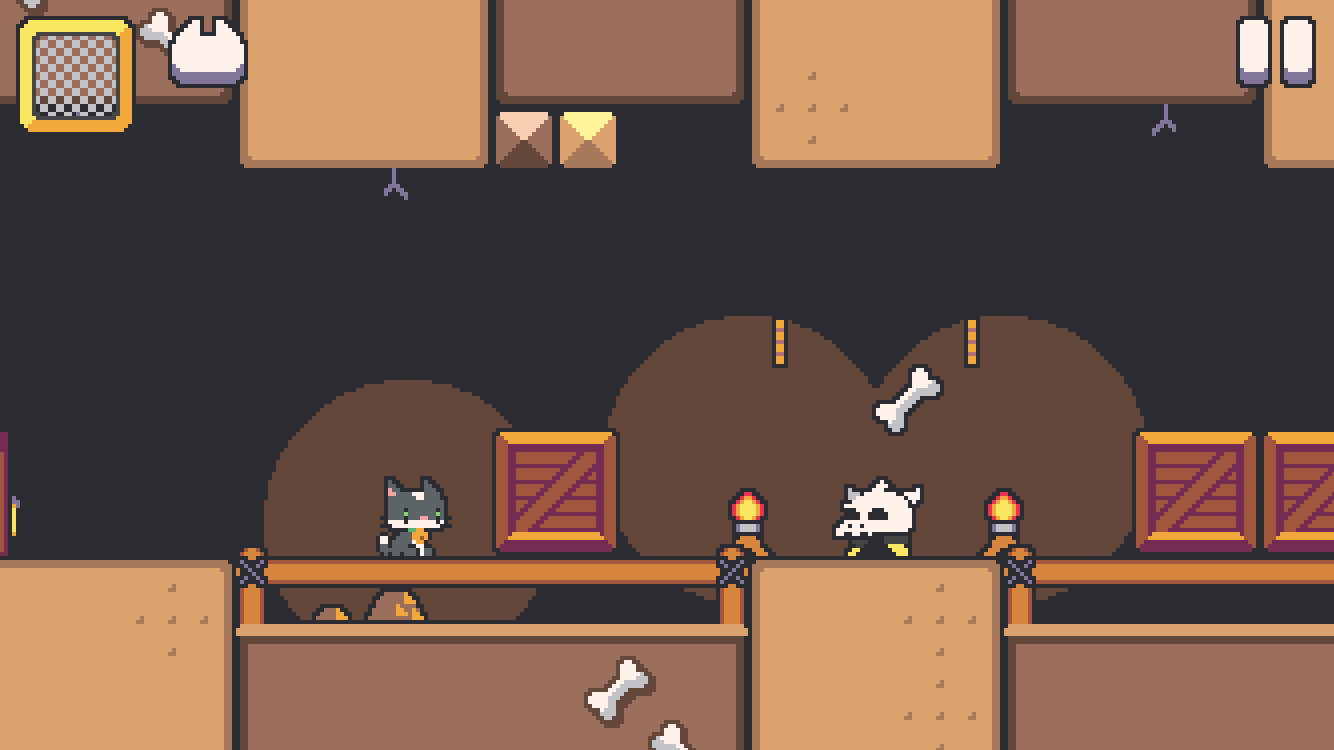 The more cats you have, the more options you have to explore. The second cat you pick up is capable of charging into enemies and killing them, giving you an offensive option. The next cat can swim against strong currents to get to previously inaccessible areas.

With each new cat, the game opens up even more. You'll start to remember the places you couldn't get to in the past, and head back to grab the goodies that were just out of reach before.

It's an interesting system for a number of reasons. For one things it means you can't just play as one cat the whole way through. You need to experiment with the options you're given if you want to move forward. 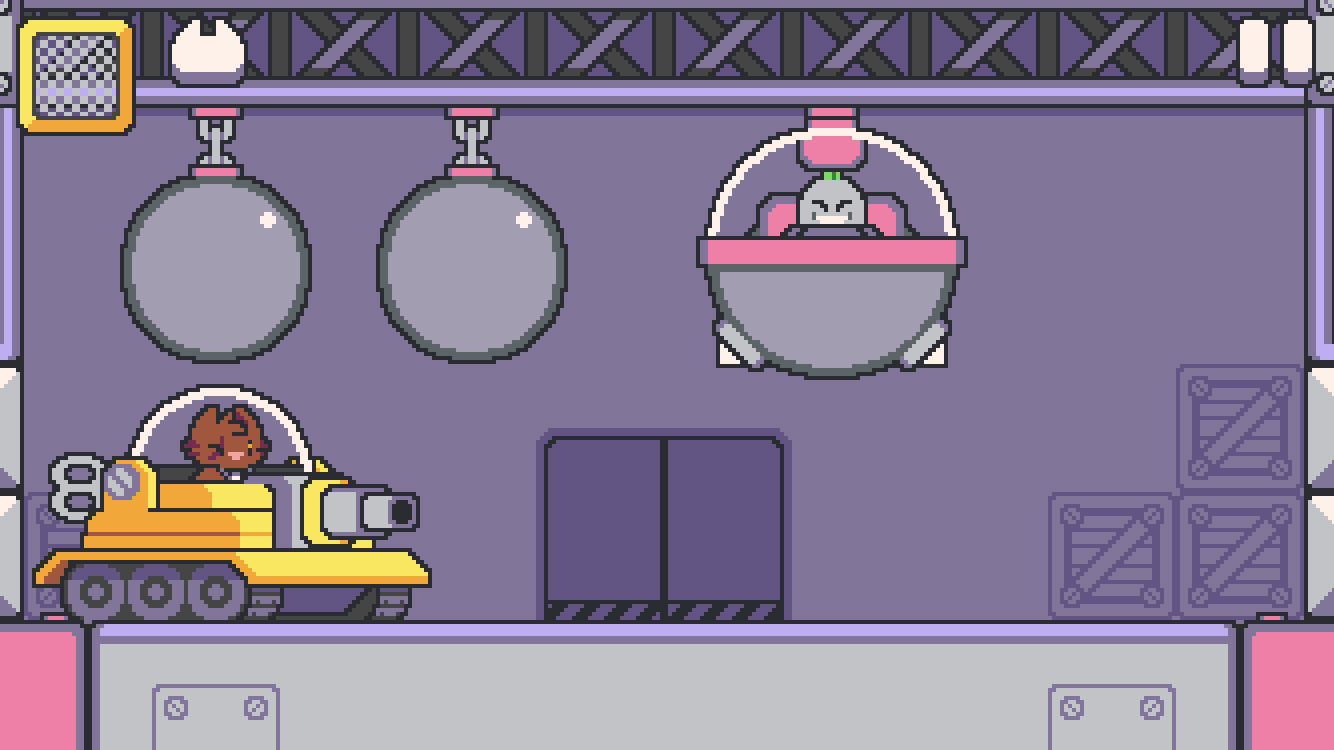 Certain levels are locked behind bells. These are hidden throughout the game, and while finishing a level doesn't require you to pick them up, you'll find yourself stuck when you come up against one of these locked gates, and you'll have to go back to earlier levels to find more.

That's pretty standard practice in games like this, but the way Super Cat Tales 2 manages the grind is really clever- because some of the bells you've missed you couldn't possibly have got until you reached a certain part of the game.

It salves the blow of having to head back, and it means you're always excited to see what your new cat can do, since you'll already have made a mental map of the places you can't get to and the goodies you might have missed. 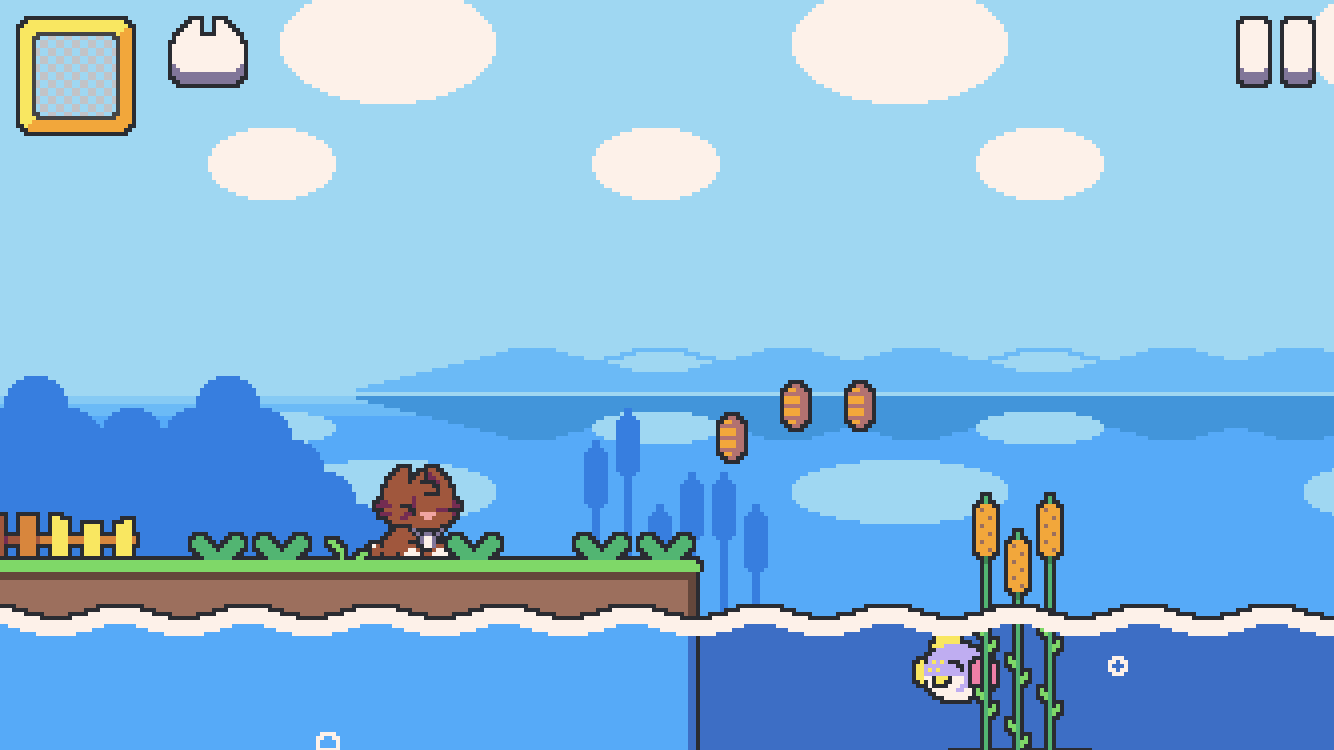 It's interesting to compare Super Cat Tales 2 to other, more traditionally shaped platformers. While it is a decidedly linear game - there's no huge connected map here like in a metroidvania - it still feels like you've got far more freedom here than you do elsewhere.

And a lot of that is down to the cats. Because you can swap between them on the fly, you're going to feel like the way you finished a level is your own special way. Maybe you want to smash everything in the face, or maybe you want to leap past them - the choice is yours.

Yes there are sections where you need to use a specific cat, but once you're through them it's back to running the game the way you want to run it. Super Cat Tales 2 manages to effortlessly blend the comforting knowledge you're going the right way with the desire to see everything the game has to offer.

Cat out of the hat

There are some problems here though, and it's the usual lineup of platforming suspects that get in the way. For one thing, the boss battles aren't the most exciting. They're either too brief or too difficult, and they tend to do little more than break the flow of the game.

Then there's the simple fact that some of the secrets are a little too well hidden. Yes, there's exploration to do, but sometimes trying to figure out where that last bell is can be incredibly annoying. Especially if it turns out that, once you have spotted it, you can't actually get there.

That's the line that the game walks, and most of the time it gets it right. Which makes those moments when you think you've exhausted every option all the more frustrating - especially when you need to find one more bell to move on. 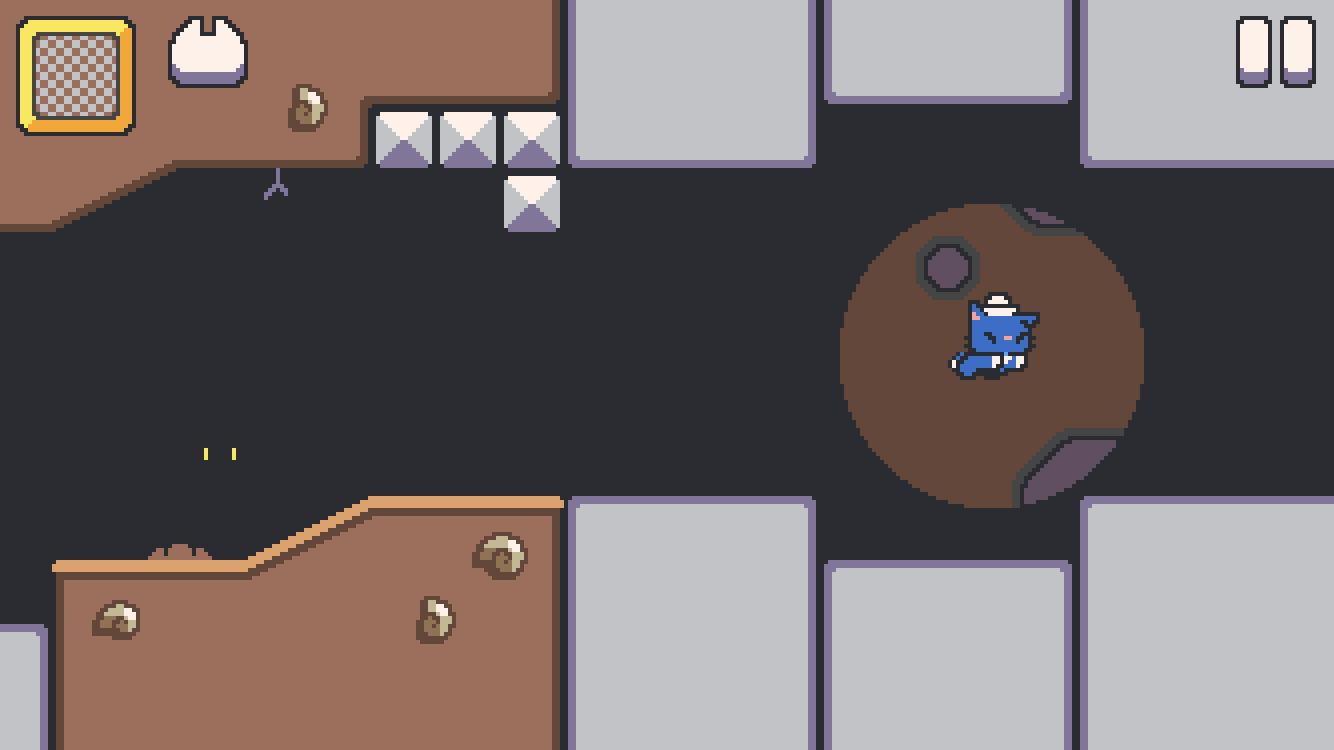 But these are problems that most people are going to be able to get past. They don't tarnish the experience too much, and there's enough great stuff going on elsewhere that you'll soon forget about any difficulties.

Super Cat Tales 2 might play by the rules, but it's not afraid to create its own interpretations of those rules. It's that slightly reckless attitude that really makes the game stand out. It's neither slavishly retro, nor unashamedly modern, and it's perfectly happy to wander that path wherever it leads.

Fans of the original game are definitely going to lap up everything the game has to offer. And if you're looking for a new, intelligent, and well designed platformer to add to your homescreen, you could do a lot worse than checking this one out.

Super Cat Tales 2 doesn't stray too far from the pattern set down by its predecessor, but it's still a right good laugh
By Harry Slater
| Oct 4, 2018 |
iOS + Android
Find out more about Super Cat Tales 2

Civilization VI is finally available on iPhone and it's not cheap