Why aren't there more LGBTQ+ games on the App Store?

Recently, while on holiday with my boyfriend, we found ourselves discussing LGBTQ+ representation in games which, for the most part, has drastically improved over the past few years.

Just look at any Bioware game and you'll find tons of characters that span the whole sexuality spectrum. Assassin's Creed: Odyssey, which is out next month, will let you be gay, bi and even asexual.

Not only that, but we are now increasingly getting more games that are explicitly about being queer: Butterfly Soup, Gone Home, Night in the Woods, and Dream Daddy are just a few examples.

It was in this conversation that my better half told me about Gaydorado, one of the gayest games of all time, where you create a handsome man, go on secret missions, and date your companions.

I usually have my finger on the pulse when it comes to queer games, but somehow, I had never heard of this one, even though it had been out on iOS and Android since the beginning of 2018. 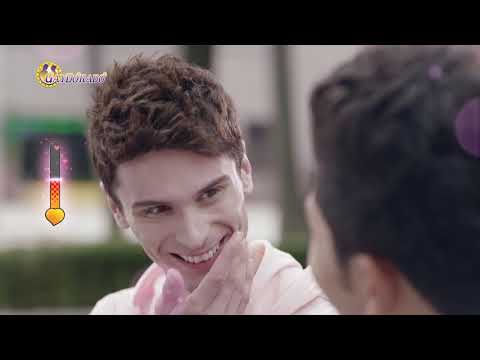 I was immediately intrigued, so I downloaded it straight away, and after almost a month I'm still playing it - which is rare for me, especially when it comes to mobile games.

It's a hilarious game that throws a bunch of genres together, including real-time strategy, dating sim, fashion show segments, and even an actual IRL dating app. Despite this crazy concoction, it somehow all works and is a delight to play.

However, since playing the game and that initial conversation I had about it, I can't help but ask myself, "why aren't there more gay games on mobile?".

Other than Gaydorado (and putting ports aside), I can only think of Pridefest, LongStory, and A Normal Lost Phone. There a growing number of queer games on other platforms - so why are mobile games falling behind?

Games are for everyone

It's no secret the game's industry hasn't been the most accommodating place to be for anyone other than a straight, white, cis, male. For decades main playable characters would almost always be the "macho man that always saves the girl" archetype. And there's a rather vocal subset of the audience surrounding video games that come with homophobic, misogynistic, and/or racist attitudes.

Even some of the biggest problems in the world right now, such as the political establishment of the alt-right, originally found its roots in video games - GamerGate being a prime example. The games industry is not always so supportive of the LGBTQ+ community and perhaps mobile games are still falling behind because of this.

Some efforts are being made make for a more inclusive industry. Google, for example, has set up the awesome Change the Game initiative which supports female game developers.

It's a great programme, but can't massive corporations like Google be doing the same for the LGBTQ+ community? Where are the programmes that helps queer devs make queer games? 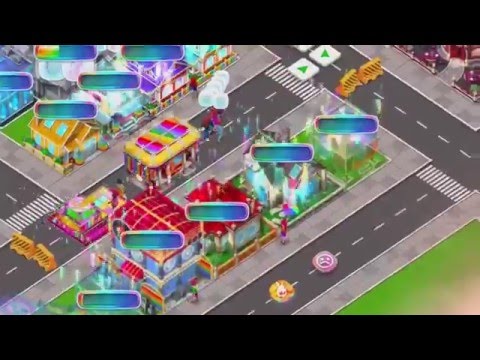 Something that plagues all apps on mobile is discoverability and accessibility, but these issues are especially tough for LGBTQ+ centric experiences to counteract.

Actually finding queer games in the first place is a challenge - it's not like the App Store or Google Play have an LGBTQ+ sub-section in the games category (although that would be sweet if they did) and, unless you know a title, manually searching for something quite specific often doesn't offer great results.

Let's take Gaydorado as an example. The game came out in February this year and I hadn't even heard of it until August. That was only through word of mouth, which is an effective form of advertising, but not exactly the most direct.

Unfortunately, ad space on mobile seems to be dominated by companies like Voodoo and Ketchapp, leaving very little room for more niche apps.

It often feels like for a game to make any sort of impact on mobile, it has to appeal to the broadest possible audience. If anything is vaguely different, or would appeal to more niche audience, then off it falls down to the bottomless ocean of unfound mobile games - leading us back to our discoverability problem.

I'm not surprised that devs aren't producing dedicated LGBTQ+ focused games on iOS and Android. If no one is going to be able to find them, then why bother? The games that do find their way on mobile devices are usually ports from other consoles, and the mobile-only entries are few and far between.

If Apple and Google really do care about queer content on their stores, then the least they could do is advertise it. Actually let us know that these things exist, make it easy for us to find them, and encourage us to download them.

During Pride month Apple, Google, and various other companies will support the LGBTQ+ community, which is great, but when July comes to an end all this support dies down and is forgotten about until next year. Would it really hurt to extend this all year round?

But it's not just the distributors to blame - game devs themselves need to step up. Gaymers want to support devs that support the LGBTQ+ community but doesn't mean we'll take anything we can get - we want good quality games too.

There are quite a few dating sim style games that feature queer characters, but more often than not the storylines are rather dull and trashy. It's not enough to just include gay characters or themes for us to like it.

We need to believe that game actually cares about its audience, so it needs to be a high-quality game that respects our time and community. Oh, and it has to be fun to play… that's kind of important when it comes to games.

Mobile games are more important than ever, so we should treat these games with the same high standard that we do with mainstream games.

Demanding that distributors make it easy for developers to sell their LGBTQ+ games and encouraging devs to make them in the first place will lead to better progress for our favourite medium.

So, queer gamers, don't settle for mediocre LGBTQ+ game. Expect better from mobile games, fight for inclusion, and they'll eventually come around. Be passionate, be loud, and of course, be proud.

Experience magic when The Tower of Egbert releases this October