When the latest iPhone shares its name with a Ford car, we have a marketing problem

Why Jon Jordan won't be buying a new phone

By Jon Jordan
| Sep 17, 2018
iOS + Android
Welcome to the latest in our series of Pocket Gamer columns. We're taking the best games writers in the industry and giving them a platform. Veteran journalist Jon Jordan is here each week examining the trends shaping your mobile games scene. This week, he's considering the new iPhones.

It's not the first time Apple has served up a confusing alphabet soup when announcing new iPhones. Before it jumped over iPhone 9, changing iPhone 10 to X, we've seen C, SE and Plus models come and go.

But the announcement of the XS, XS Max, and XR iPhones seems to have created more confusion than usual, at least within my easily distracted skull.

The fact each of these new three devices is an 'X-something' doesn't help much either. When announced, the naming of the iPhone 10 as iPhone X stood out from the iPhone 8 and all previous iPhones for a clear reason.

Cupertino, I think we have a problem...

Too many phones, too little differentiation

Of course, this isn't only an issue for Apple. Samsung's Galaxy range also confuses with A, J, S and Note families, each phone within also having its own number identification.

Probably the worst of all is Sony. Its phones are 'Xperia X'-something, including additional letter, numbers and descriptors ranging from 'Compact’ to 'Premium' and 'Ultra' also thrown into the mix.

The bottomline is 10 years into smartphone development and marketing, there are too many, too similar devices for anyone to name them consistently or for users to care.

Notches aside, they look the same as they ever did - even specialist releases like Razer's new gaming phones are just black bars. 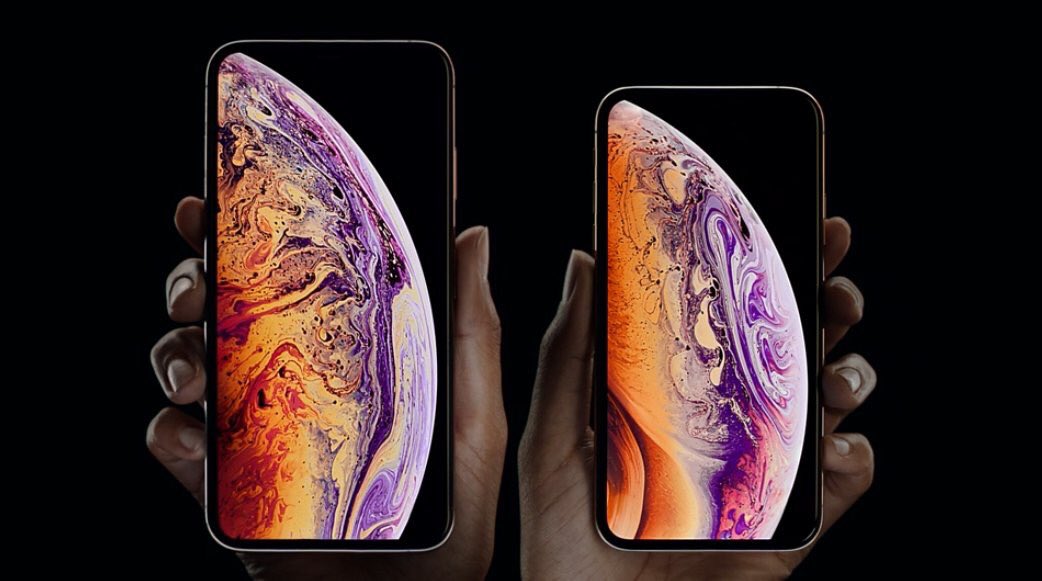 So despite Phil Schiller's huffing and puffing about "Neural Engines", "Smart HDR", "Bionic chips" and "Super Retina displays", all anyone cares about is the price.

And when that comes in at various levels of eye-watering - £749, £999 and £1,099 - it's clear buying decisions are never about features or value for money (although Jon Mundy may disagree) but whether I'm the sort of person who always has the latest Apple, Samsung etc device.

It's the selfie culture reflected back and taken to extremes.

No-one ever switches from iOS to Android (or vice versa) anymore either, hence there's no reason for Apple and Samsung to try to compete on price. The endless round of hardware upgrades has become another route to price gouge the global 1%.

But maybe change is coming. Certainly the long awaited arrival of flexible screens offers something new in terms of form factor. No doubt these devices will be even more expensive, but at least you'll be getting something new for your money.

Whether this will change how people use their phones is something else entirely though. In that respect, the most requested feature would be mundane - battery life that actually lasts a day.


The solution to our problems?

Increasing handset size helps in terms of enabling a large battery, but larger screens and faster processors always seem to eat up the difference.

Conversely, there's a growing cultural movement for us to disentangle ourselves from our constant companions. Whether driven by concerns about always-accessible social media on growing brains, to the inability of people to get to sleep or - in the case of the Chinese government - endemic myopia, the mobile phone is coming in for a lot of criticism.

Maybe simpler devices such as Nokia's reborn 3310 that does the very basics and doesn't need charging every day is the answer. You'll also save yourself up to £1,060.

Opinion: The iPhone XR is Apple's most exciting 2018 phone

4 reasons the iPhone XS is great news for pocket gamers