As an avid fan of Overcooked the prospect of getting my hands on the second one made me so excited, but also rather sceptical. After all, how do you top an experience like that?

Having played it now I'm surprised and delighted to find that it exceeds expectations and sets you up for yet another hilarious culinary adventure. You'll laugh, you'll cry, you may ruin some friendships, but it's so worth it.

How do you like your eggs in the morning?

If you've played Overcooked you'll know the gist of Overcooked 2. Either independently or in teams of two, three, or four, you'll rush about a kitchen and make food to order for awaiting customers.

That sounds easy in black and white, but some of these kitchens might contain flooding floors and monsters, floating airships that always catch fire, ever-changing positions on a swamp, rotating centre consoles, and much, much more. 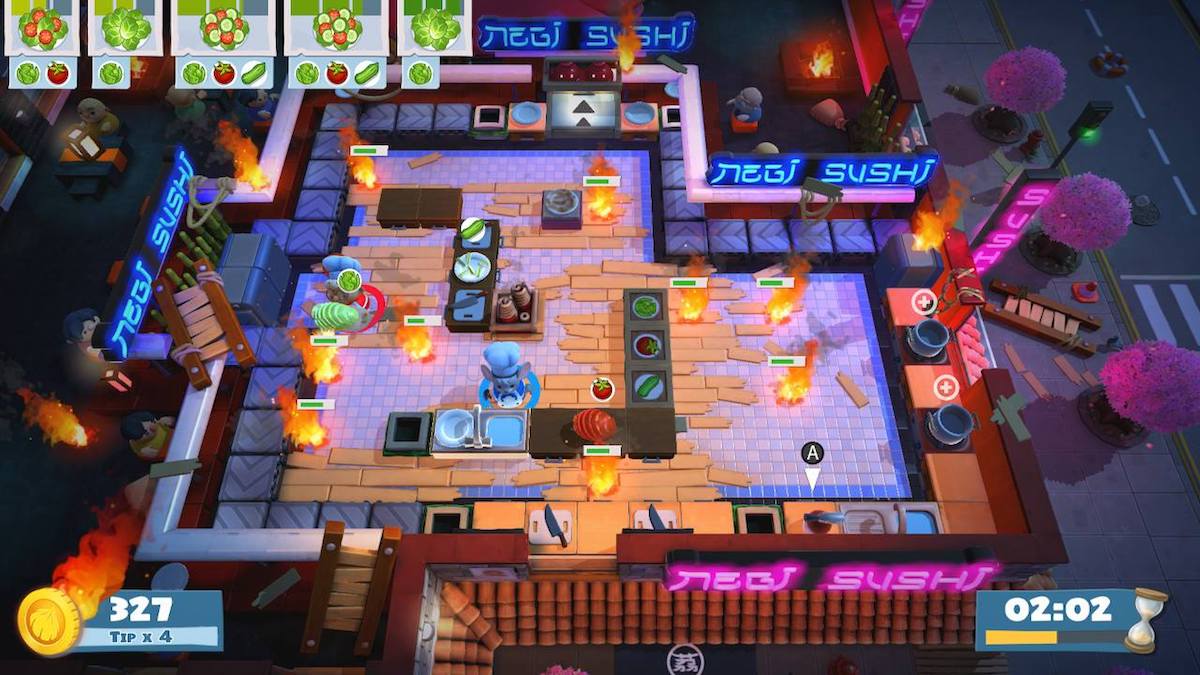 Though it's possible to play on your own, it's a lot more fun with a friend as you work through different dishes and hilarious scenarios. It also gives you someone to yell at.

The cake levels in particular are a hugely tricky scenario since you have to gather ingredients – some required to be chopped – and put them in a stand mixer. Once it's done, you then have to transfer that mixture into an oven, then off on a plate to be served. That's right, there are multiple levels of cooking.

As well as enjoying a series of new recipes, new levels, and adorable new chefs, the most useful element of the game is a brand new throwing mechanic. This allows you to chuck food at your fellow chef, across gaps, and even into cooking appliances if your basketball skills are on-point.

Honestly, after falling off many a' ledge in the first game this is a very welcome sight. That's not saying it's impossible to plummet to your death since you can't chuck plates or cooked food. No, it's still possible and just as fun.

One of the best additions to the game is the inclusion of online play. My pals and I often spoke about how we wished Overcooked could be played online since we live in different cities, and Overcooked 2 now makes it super easy.

The process of joining or hosting a game between friends is super slick and easy, and you can choose between playing randomised levels or working your way through the story together. Either option is great.

If you don't have Discord or Skype to chat with, you've got an in-game option to emote what you're up to. From cursing, through cooking and preparing.

Since I do use both of the aforementioned channels via phone or laptop I've got no real use for the option, but it's a quick and easy way to keep on top of things if you're radio silent. 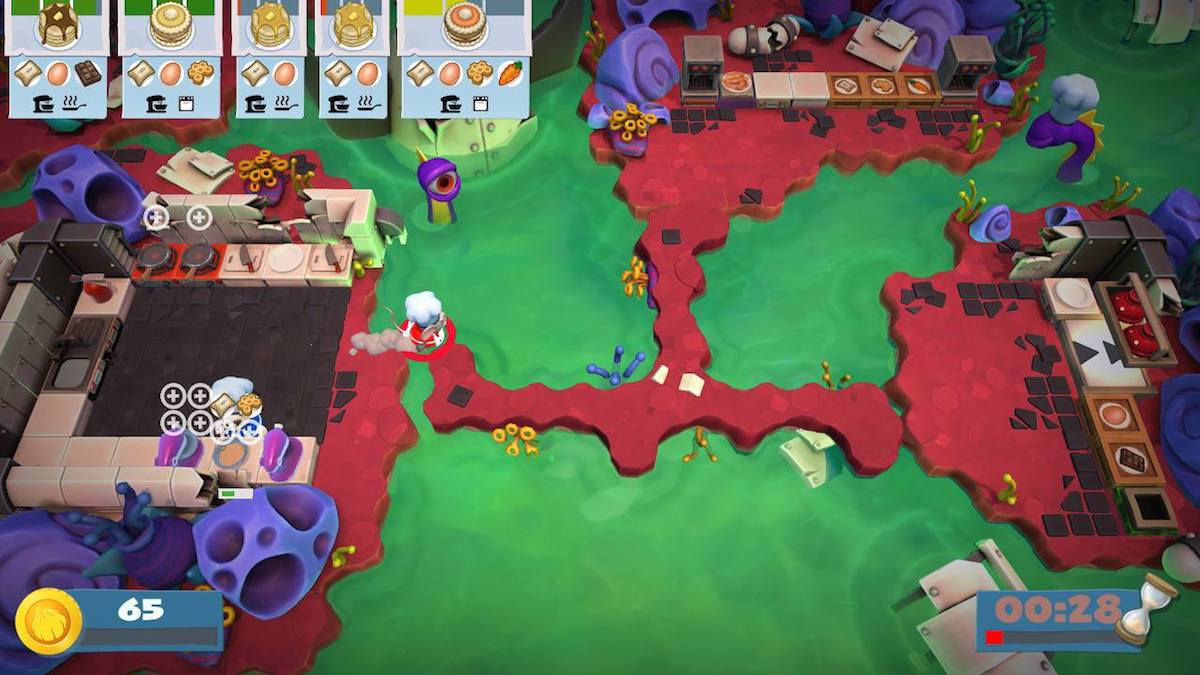 While the game runs like a dream, I did experience a bit of bugging in one of the levels. I suddenly got stuck in one of the corners before being ripped away past the top right part of the screen. Granted, I laughed like a maniac when it happened and it should be fixed with the game's 'Day One' patch.

It may take you a hot second to get used to the controls again and the inclusion of the new team speak emotes make it easy to accidently swear at your in-game colleagues, but it's nothing a little practice won't work out.

Overcooked 2 surpasses its predecessor, not only because it adds so much more into the mix, but also because it supports long-distance friends with its online mode.

You'll be testing familial bonds and relationships to breaking point, but you'll be laughing with wolfish grins as you do it. Just make sure you're wearing your wrist straps.

Want more? Check out our growing collection of Overcooked 2 articles!

Overcooked 2 is an excellent addition to the series which delivers and surpasses expectations with ease
By Emily Sowden
| Aug 7, 2018 |
Switch
Find out more about Overcooked 2

Overcooked 2 is getting a chilly new 'Free-zing' DLC