It's interesting how two of the biggest genres in gaming at the moment are all about survival. Where battle royales are all about being the last person standing, the truer survival genre is all about persevering, and then thriving, against the odds.

Ark: Survival Evolved certainly fits into the latter category. It's about crafting, building, foraging, and all the other Bear Grylls fantasies that the genre thrives on. It has two aces up its simple cloth sleeves though.

First, it's got dinosaurs. And second, and perhaps most importantly, it doesn't instantly try and murder you. Where some survival games tighten the noose around your neck from the word go, Ark at least wants you to stick around for a few hours.

After waking up on a desert island, you start a tutorial of sorts that shows you the basics of survival in this new and strange land. You're building fires, making weapons, and trying to find some layers to cover the pants you're stumbling around in.

Within a couple of hours you're going to have a respectable looking shack, a spear, and the desire to wander around the vast space the game has created for you. You're also going to want to go and tame some dinosaurs. 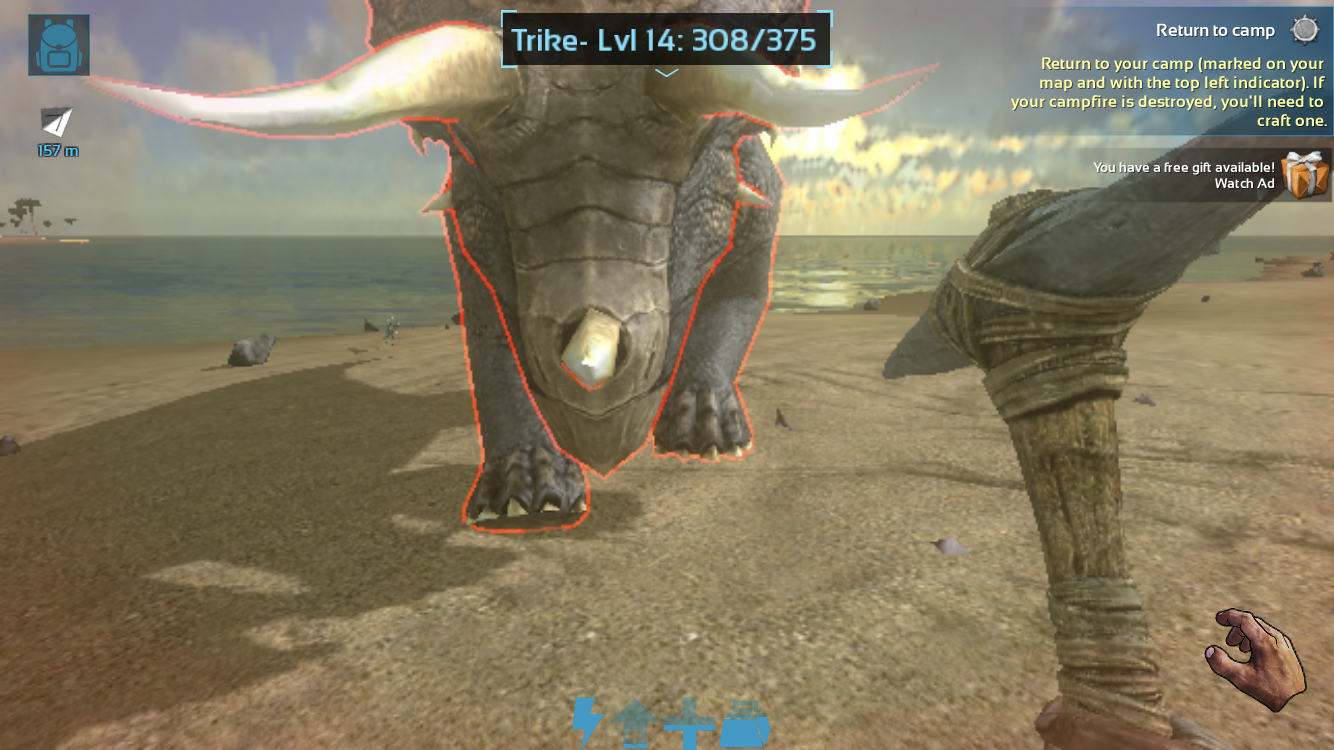 Yeah, you read that right. One of the key parts of the game is building up a menagerie of ancient beasts and using them to do your bidding. Even typing that out makes it sound pretty damn awesome.

This is the sort of game you need to put hours into, building up not just a horde of Jurassic monsters, but also starting a tribe with other players. It's nothing if not ambitious, but there are some problems here. 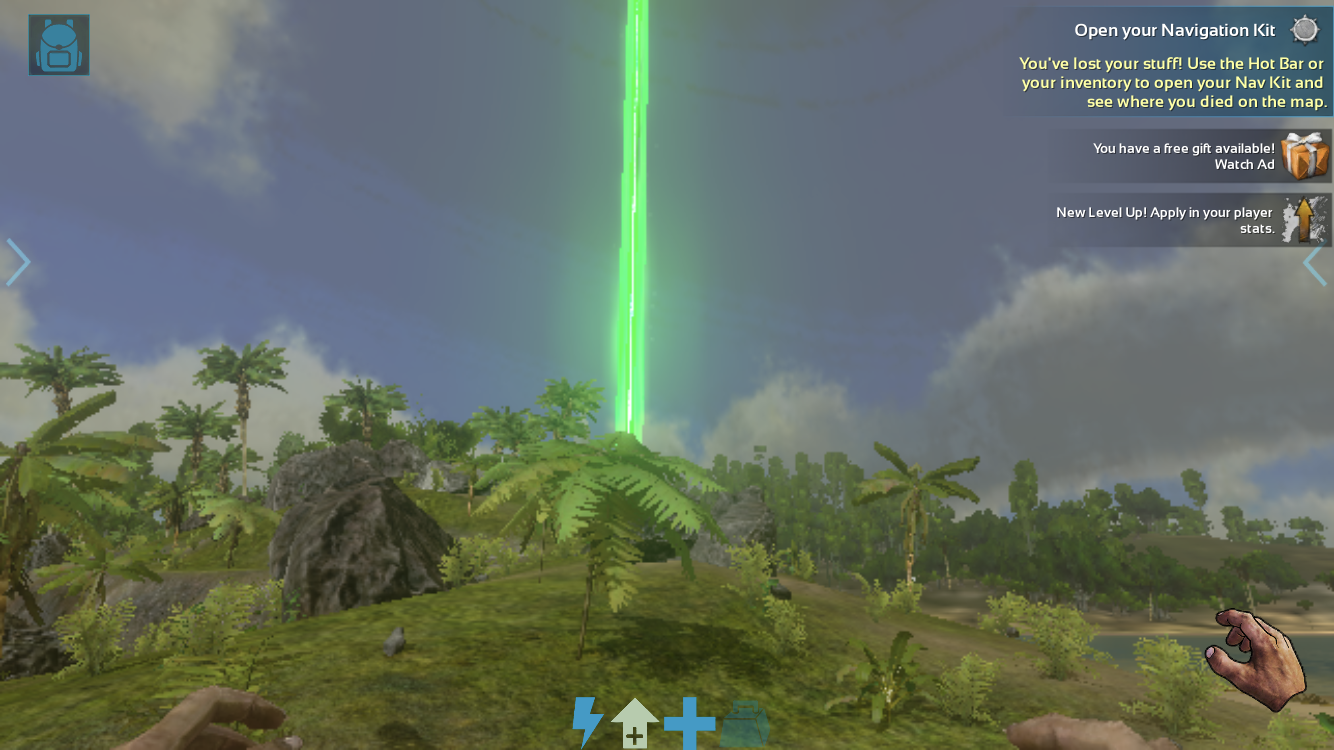 The controls are alright, but they can get a bit fiddly as soon as you come up against a creature that wants to kill and eat you. And the save system isn't great for mobile play either. During my playthrough I lost a good chunk of progress because I had to put my phone down and do something else.

But these are problems that are all too often par for the course for something with this sort of scope for mobile. And while they are annoying, they don't detract from the overall polish that's been layered on here.

To put it bluntly, this is the best first-person survival game that the App Store has to offer. It's enormous, it's well put together for the most part, and there's a lower bar to entry than many might be expecting.

At the same time though, it's definitely just anohter first-person survival game. Sure there are a few new ideas here, and the dino-farming and tribe-joining add a couple of interesting layers, but if you're sick of wearing animal skin and hacking down trees with bodged together pick-axes, there's nothing here that's going to bring you back into the fold.

Ark: Survival Evolved has some nice ideas, and it works surprisingly well on mobile, but it's still shackled by the problems of the genre
By Harry Slater
| Jun 14, 2018 |
iOS
Find out more about ARK: Survival Evolved