I need an adult

Octopath Traveler is by far and away one of the strangest, most intriguing games currently on Nintendo's slate.

Developed by Square Enix, it mixes 2D sprites with 3D environments for a hardcore JRPG experience which already got us excited almost a year ago when the initial demo first launched.

A few major changes have come since that demo, and we had the chance to sit down and get our hands on a new and improved version of the game to see how things are coming along.

In our demo, we got to reunite with demo stars Olberic and Primrose, along with two new characters, H'aanit and Cyrus, the latter of whom took the lead this time around.

When you enter a location, you get to choose which of the characters' stories you want to play through – or you can just ignore them and have a wander around, if you'd rather just explore for a bit first.

In this instance, Cyrus, who is apparently too handsome and blissfully unaware of it, was tasked with finding some missing villagers who all disappeared under mysterious circumstances. 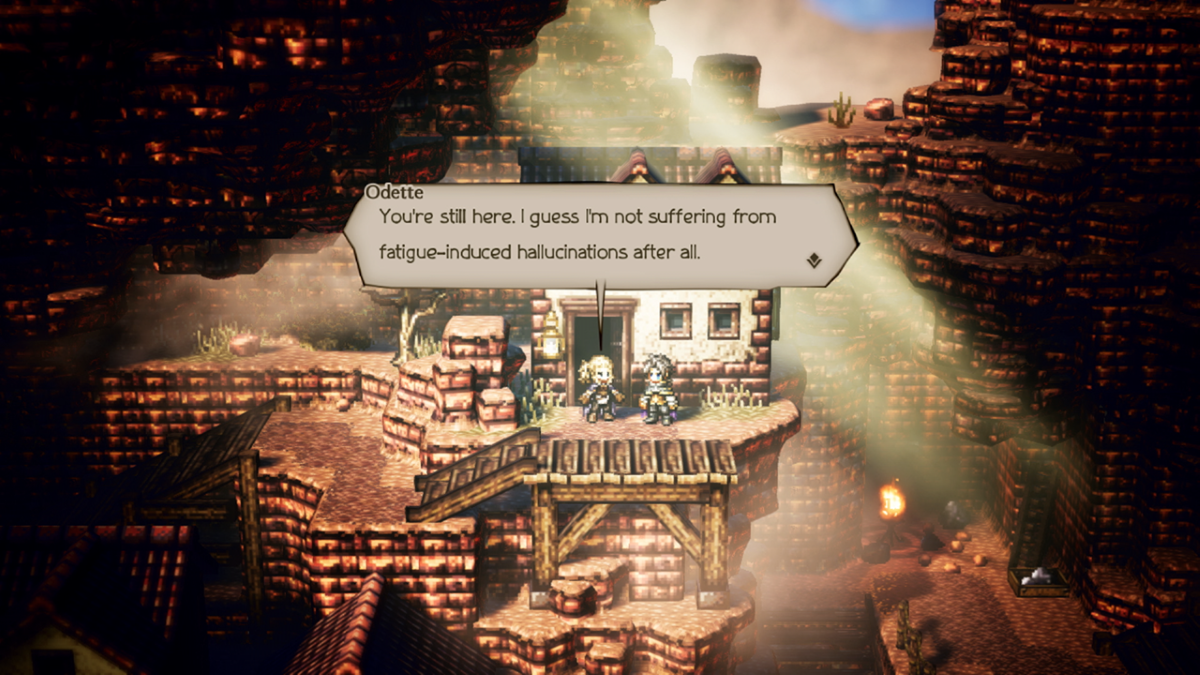 This meant walking about town, chatting with the folk and using Cyrus's special ability to gather witness testimony to uncover the cause of the missing folk.

Each hero in the game has his or her own special ability – Cyrus can glean extra information from people, Primrose can attract a villager to follower her into battle, and Olberic can challenge literally anyone to a duel if you so please.

With all the information gathered using Cyrus's ability, the game then ran a quick pop quiz to make sure you'd actually been paying attention to what information you gathered, which is a nice touch and will trip up anyone looking to storm through the quest as quickly as possible.

Once all that was out of the way, it was down to the sewers for some random battles and dungeon crawling, and this is where Octopath Traveler takes a very, very sharp turn into JRPG land.

Rather than stumbling across a bunch of random encounters on your path to the boss, you'll only have one or two – but these battles are almost as hard as a boss battle in another RPG.

Even six hours into the campaign and with our characters at level 25 or so, each random encounter was really, really tough. Basic battles took around 15-20 minutes to complete, and that's if players were able to win the battle at all. 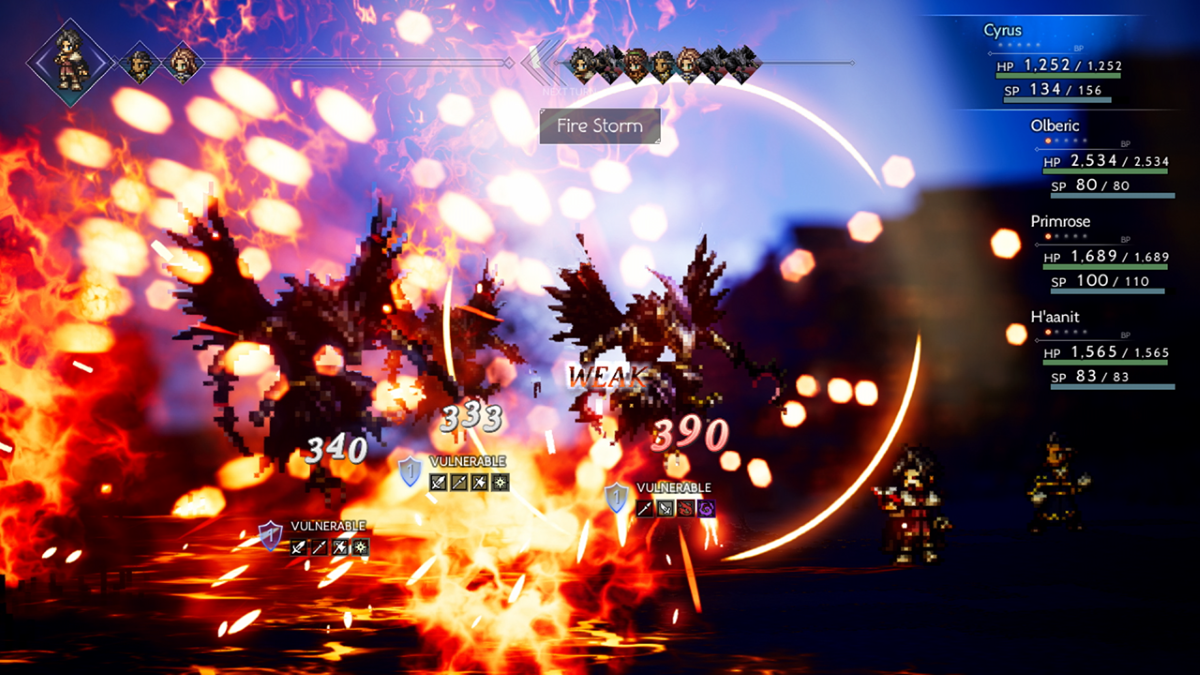 The core combat mechanics are fairly straightforward – you take turns performing actions, such as attacking, using spells or items, or defending, and you'll need to exploit your enemy's weakness to deal more damage.

Enemies have a shield counter which is reduced by hitting them with attacks they're weak to. Breaking this shield will stun them for a round, allowing you to take off huge chunks of health.

But getting them down to this point is hard enough as it is. Enemy health is astronomical and they can seriously hurt your party if you're not paying attention and buffing every other round.

You can add Boost Points to your turns to chain together more physical attacks or buff the power of magic, but this is more of an essential tool rather than a get-out-of-jail-free mechanic - if you don't boost, you're going to lose.

That level of difficulty is definitely going to appeal to the core JRPG fans of the world, and to be honest, that's no bad thing. Octopath Traveler is designed in almost every way to appeal to this niche group, and it does everything it sets out to do pretty well.

Only time will tell how the whole thing holds up as one complete product – playing an RPG in small, disconnected chunks is hardly how it's supposed to be done, after all – but all signs are pointing to this being another game you absolutely need in your library when it launches later in 2018.