Axe.io review - A chop and slash arena game that shouldn't be as good as it is

Axe.io probably shouldn't be as much fun as it is. Even the sight of that .io tag at the end of the game's name has likely made you wonder whether it's a game that's worth downloading.

But here's the thing, it's actually an incredibly compulsive arena battler with a whole bunch of interesting ideas, as well as plenty of axes to hurl about.

The idea here is simple. You're controlling a character, sprinting around a fenced in space, chucking axes at anyone who moves. Hit someone and they go down.

As you kill and collect coins you'll level up. As you level up you'll be able to carry more axes, and collect different items that are scattered around the floor of the arena.

You get swords, you get shields, you can set your axes on fire to do more damage. Buying new characters unlocks different skills that power up all of your fighters too. 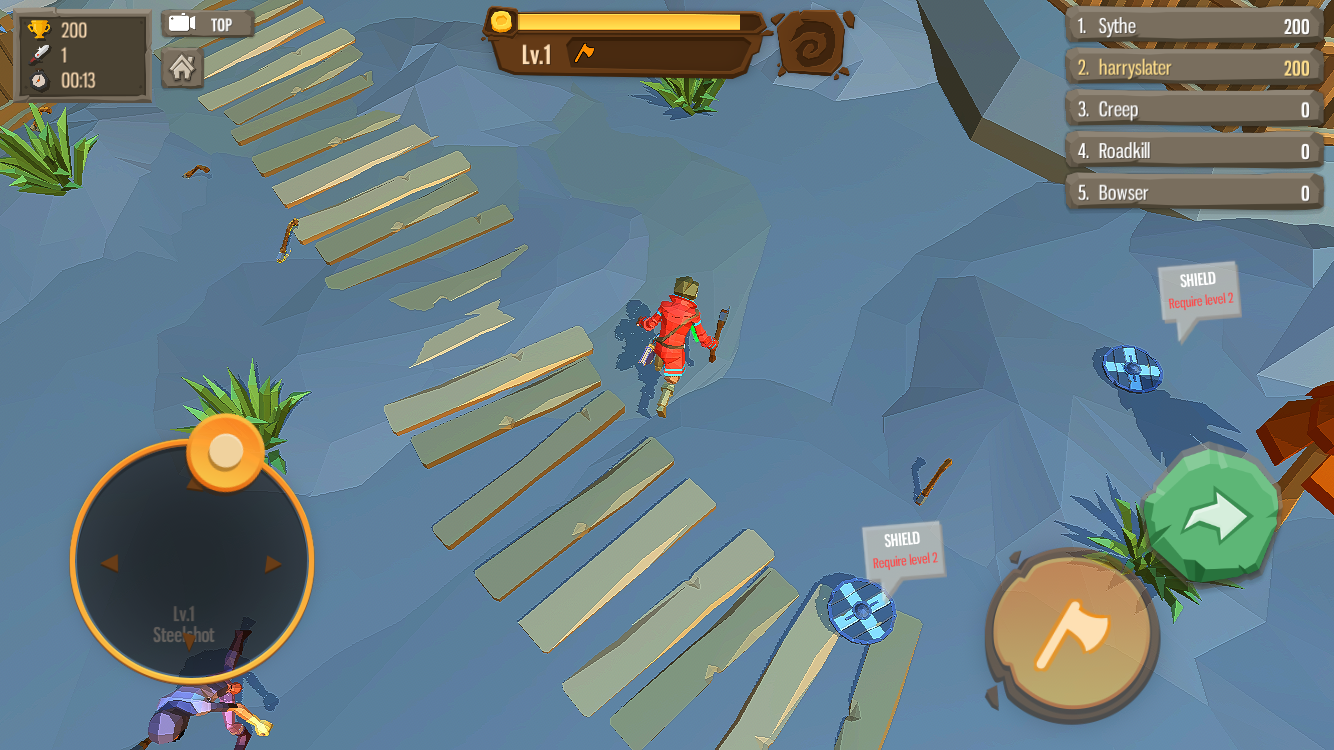 There's not just the one game mode though. You can play offline deathmatches, online deathmathches, or engage in the now ubiquitous battle royale.

You get a PvE mode as well that sees you and a bunch of other players taking on a giant dragon that spouts fireballs in your direction.

And it's all an immense amount of fun. Getting a hit feels brilliant, and a roll button lets you dodge out of the way before you get smashed. It's not the deepest of games by any means, but there's a punch to it all the same.

It might not stick around on your phone for the longest time, but of all the games bearing the .io moniker, this is the one I'd definitely recommend.

It's polished, it's packed with action, and although it's not the weightiest game in the world, it's still well worth picking up.

A surprisingly brilliant game of throwing axes into people's heads
By Harry Slater
| May 8, 2018 |
iOS
Find out more about AXE.IO

We're finally getting Cloud saves with Nintendo Switch's Online service, but you've got to pay for it