If you're not an established JRPG fan, the idea of spending nearly one hundred hours in front of your TV to work your way through sprawling fantasy worlds with tons of lore and ever expanding lists of characters seems daunting.

JRPGs are some of the most rewarding gaming experiences out there (getting the credits to run after sinking 115 hours into a game is an amazing feeling by the way), but sometimes it's hard to allocate a sizeable chunk of your time to them.

Thankfully enough, many Japanese developers have released ports of some of their most beloved games, in turn making them accessible for whole new audiences. Now you can play some of the most critically acclaimed JRPGs on the go and at your own pace. Don't know where to get started? Here, let me help.

Square Enix's beloved 1995 RPG classic Chrono Trigger is widely regarded as one of the greatest RPGs ever made.

Originally released for the Super Nintendo, Chrono Trigger follows Crono as he travels through time and recruits a revolving cast of characters in order to save the world.

It's a complex game plot-wise, where your decisions effect which characters join your party and how the plot unfolds. Because of this, it has tons of potential replayability, and it can almost feel like you're playing a different game every time.

The mobile version of the game optimized the graphics from the DS version (which means they just blew up the visuals to fit the aspect ration of a phone screen) and fixes a lot of the really bad translation issues. A lot of them.

While the controls are a bit fiddly, and outright infuriating at points, the story is what makes Chrono Trigger a worthwhile purchase.

Click here to read our Chrono Trigger review The World Ends With You: Solo Remix - download for iOS / Android

The World Ends With You came out for Nintendo DS in 2008 and it's an IP that has received very little love except from me and like two other people.

TWEWY tours Shibuya, Tokyo's major shopping distract, where the main character Neku buys super trendy fashion but, y'know, is also an unwilling participant in a game that will determine whether he lives or dies. But still, really cool clothes!

Solo Remix, following Square's penchant for smashing “remix” with a bunch of different words to title their remakes and remasters, takes TWEWY's original two screened stylus-driven combat and smushes it onto one screen. Which ends up makes the game a lot more manageable than the original.

The story is still just as riveting as the first (or fifth, if you're me) time around, and the soundtrack still bops. This isn't just a slapped together port, it's a thoughtful remake that's perfect for mobile.

Click here to read our The World Ends With You: Solo Remix review The Secret of Mana - download for iOS / Android

Opening up The Secret of Mana port is like stepping back to a simpler time. Specifically 1993, when you still had to blow into a SNES cartridge to get it to work. I'm not joking when I say that The Secret of Mana is genuinely one of the best games of all time.

It established some of the most important RPG mechanics and tropes, like an unexpected hero suddenly tasked with saving the life force of the world to save everyone else.

The port itself is clunky (mostly because the touch-screen movement takes some getting used to), but it doesn't matter. It still captures the spirit of the original and allows modern audiences to experience what I experienced as a kid.

The Secret of Mana is genre defining for a reason - the story, the characters, the bold colours, and setting make are all going to be instantly familiar to anyone who's played even a single JRPG. It's a must-play for any RPG fan and, frankly, any gamer.

Click here to read our Secret of Mana review

Yet another Square Enix title, but when it comes to porting JRPGs to mobile, Square Enix is pretty much the boss. Final Fantasy IX is one of the greatest titles in the series even though it's out-shadowed by Final Fantasy VII and VIII.

IX returns back to the series' medieval fantasy roots with Zidane and his merry theatre troupe sparking a revolution by kidnapping of a princess and ultimately saving the world.

The mobile port fixes the low-res polygonal backgrounds and character details of the original Playstation game, while bumping up the resolution.

Unlike a lot of other Square Enix's mobile ports that just fix the aspect ratio and throw it in the app store, FFIX flat out just looks better than the original.

And on top of that, the mobile port improves the battle pacing and movement controls without sacrificing the integrity and spirit of the original game.

Sega's Phantasy Star II is an incredible JRPG that's worthy of the number of hours that you end up dumping into it. Initially released for the Sega Genesis (or Mega Drive in Europe) in 1989 for Japan, it's a little shocking that a game that old still holds up. 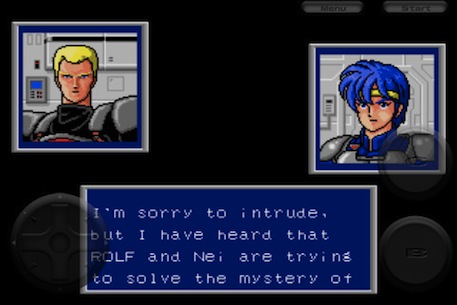 The port is no nonsense, no trickery, with no fancy mobile upgrades. It's straight and to the point - it's Phantasy Star, but this time you can take it with you.

There are a few problems with the port. The pacing is a bit off, and movements, battle progression, and the text could all do with speeding up.

Although, thanks to the generally measured pace, Phantasy Star 2 manages to dodge a lot of the bugs and problems that Sega's more fast-paced ports have had to deal with. So swings and roundabouts really.

Click here to read our Phantasy Star 2 Classic review Love RPGs? Of course you do. Click here to check out our list of the best ones for Android
SEE COMMENTS

There’s a new premium gaming subscription in town but what does that mean for players?