You can finally capture creatures in Animal Crossing Pocket Camp! Find out how here.

Capturing creatures in Animal Crossing Pocket Camp has finally been fleshed out, and we have all the information you could need in order to capture absolutely all of them.

It all revolves around growing flowers, and we’ve got a bunch of tips to quickly turn you in to a capture master. 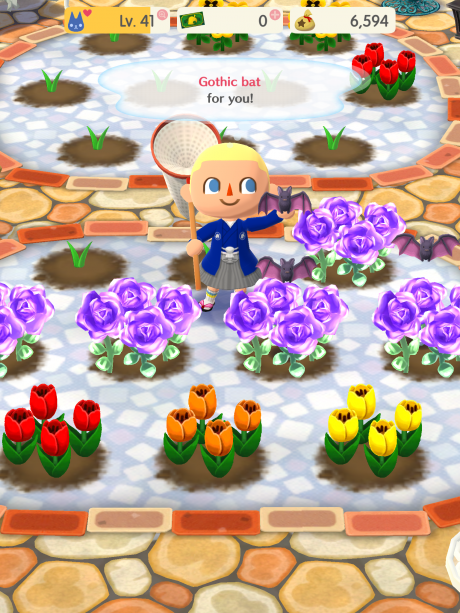 Where can I capture creatures?

You’ll find creatures hovering over the flowers in your flower garden. Currently, the standard seeds you can get from the gyroid won’t be very good for attracting creatures, but that could change in the future.

For now, you’ll need to use event-tied seeds which will grow event-tied flowers. You can earn the seeds by fulfilling requests as usual, or completing goals.

When creatures have been attracted, you’ll see them hovering above the fully grown flowers. 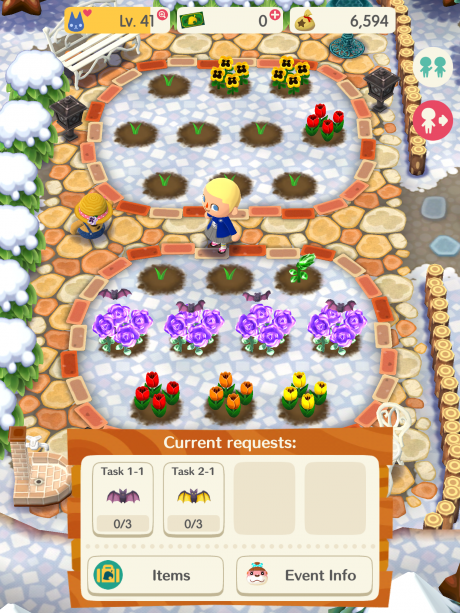 How do I attract different kinds of creatures?

In the future you can expect to find a variety of different creature types hovering over different unique flowers, event-tied or otherwise.

Right now though, you can’t cross-pollinate event-tied flowers, so don’t worry about having to breed rare varieties. 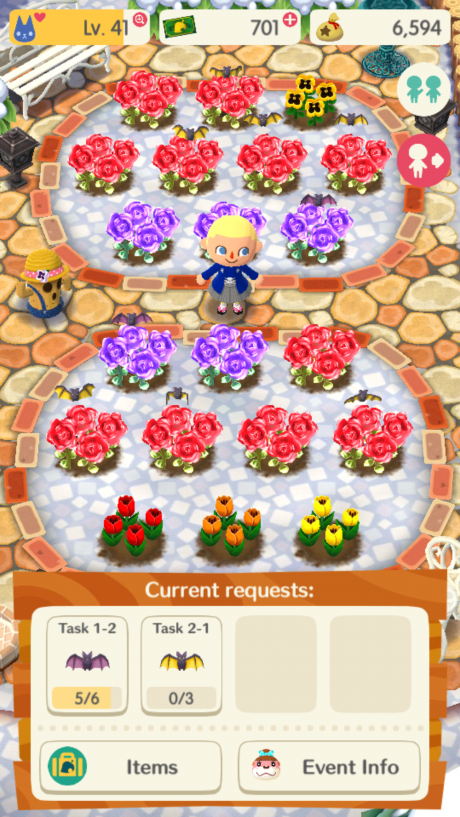 What can I do with creatures?

Lottie wants 60 Gothic Bats, and 50 Golden Gothic Bats to get everything she’s offering with her task rewards.

In the future you can expect similar amounts of creatures required to fulfil new tasks for future events and other creature related tasks. 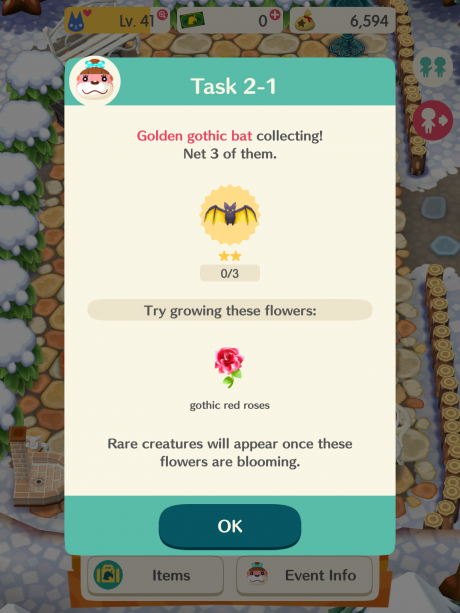 Unfortunately growing a big garden full of flowers and leaving them won’t help in this situation. You don’t need rare flowers left out for cross pollination, and creatures won’t return to flowers after they’ve had previous creatures hover near them.

What this means, is that you’ll need to harvest all of the flowers you used to attract creatures, and re-plant a full field.

Of course to speed this up you can use flower food. Be warned though, just because you see a creature you want hovering near a flower bed, it doesn’t guarantee you’ll be able to capture it. The success rate seems to be around 2/3. 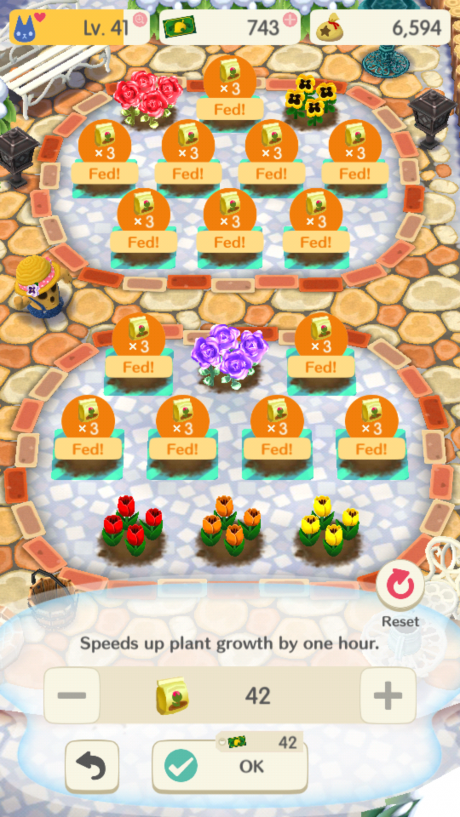 Speeding things up with Leaf Tickets

If you’re willing to get spending your premium currency, Leaf Tickets, then you can greatly speed up the process.

Leaf Tickets will allow you to use flower food that vastly speeds up flower growth, and the gardening gyroid will even capture creatures for you, at the high price of 10 Leaf Tickets per creature. Although, this will remove the chance of losing them.

If you have loads of Leaf Tickets it’s an option, but in general, as always, our advice is to save them for when you need them most.