In another piece of Animal Crossing: Pocket Camp news, the latest data mine has revealed that there're more characters and loads of new items coming to the game. 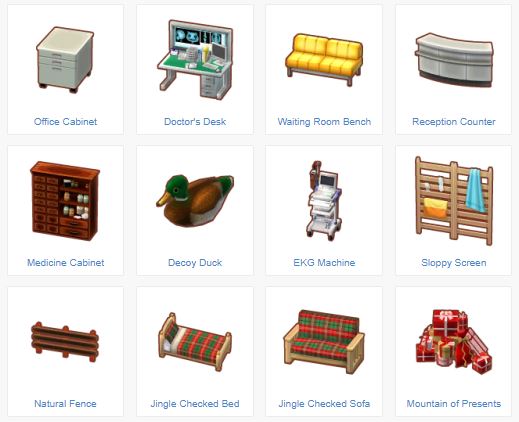 Having only been out for a week, this is a significant haul buried between the lines, and will be a heck of a first content update if all of it comes to light.

Aside from the nine animals on the way, there are also six new furniture categories, seven new catalogue categories, one new theme/essence, and a new, informative banner, 20 clothing items, three craft materials, six more amenities, and over 70 bits of furniture according to the blog post.

That's a fair amount to look forward to in the holiday season, especially since it should be launching a little before Xmas (I'd assume).

Of course, one of the biggest question remains whether we'll still be as invested in the game by then, especially since we'll probably have enough furniture built by then to fill a couple of rows of storage units.

What do you guys think? Are you looking forward to getting more seasonal and welcoming Bluebear, Vesta, and more to your campsite? Let us know in the comments below.

Don't forget, we've also got a HUGE guide of everything you could ever want to know about AC: Pocket Camp. Tips, tricks, hints, hacks, you name it.

Eight-Minute Empire, the brilliant bite-sized strategy board game, is on sale for iOS