Updated 19th July, 10:13 AM: After the developer got in touch with us this morning regarding the below article on Shadow Fight 3, we now know that while there are beta codes for those who signed up to the beta test, the soft launch is available to ALL those who live in the Canada area.

Please accept my apologies for the misunderstanding of information regarding this soft launch.

So, if you're currently living in Canada feel free to check it out on the App Store, no code needed (you lucky things), and let us know your experience in the comments below.

You've got to love a decent mobile fighter, and especially one that looks as gorgeous as Shadow Fight 3. Lucky for some of you the game's soft launched on iOS in Canada, but not everyone will be able to play it.
Subscribe to Pocket Gamer on

The first thing you'll notice about Shadow Fight 3 is that it's dropped its defining aesthetic for a more familiar style fighter. It looks like the team's given up the 'shadow' side of things as contenders fight in full display. Though, given the fluidity of the trailer it's hard to stay mad at something so good looking.

This fighting RPG offers up three different fighting styles. You can collect moves, perks, weapons, gear, and combine it all to make a style that fits you.

Like I said, even if you live in Canada you might not be able to play the game in its soft launch. As it turns out, even if you create a foreign iTunes account and download the game, SF3 throws out a pop-up asking for a beta code. Nekki only sent these out to people who'd signed up to the beta test.

Our ex-News Editor Killercow did find a small loophole in the system where you fire up airplane mode before launching the game. This should get rid of the beta code pop up for a short while, but it won't let you play too far in. 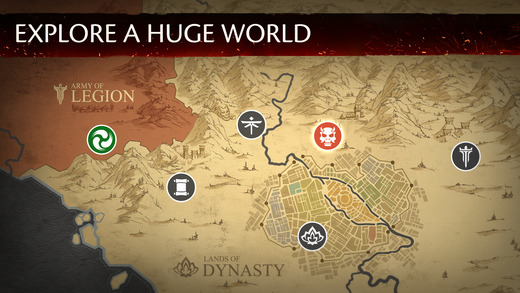