The game has already been on on PC and mobile, and now the Switch version has come to light. But how does it stand up to its predecessors when you can't use a mouse or a touch screen?

Bulb Boy is a stylistic point-and-click horror game which takes the already strange and makes it stranger.

Bathed in a wash of glowing green and blackened shadows, our little bulb-headed protagonist has to scour his house, defy the demons that now reside in it, and find his beloved Grandpa and Mothdog. 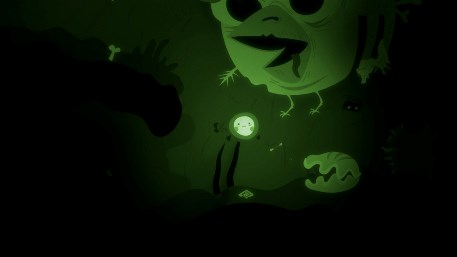 The game eases you in with a brief puzzle all about collecting bugs for a spider. While that doesn't sound so bad, as soon as you leave the room all sorts of weird stuff starts to happen.

From hands poking through the floors and ceiling to a horrendous turkey monster, these creatures aren't for the faint-hearted.

Though, the style of the game seems to stick to a more unconventional horror style as you have to battle other things like - erm - poo monsters.

The art, music, and atmosphere are all top-class. You'll creep through level after level, not knowing exactly when or how you might be killed.

In terms of the Switch, however, it runs better than I'd anticipated. Rather than clicking with a mouse or tapping on a screen, you control your character via the left Joy-Con stick and it feels entirely natural.

Much like multi-layered side scroller like Never Ending Nightmares, there are 'levels' on the 2D field which you navigate with ease.

Objects that you can interact with are also highlighted, even when they're way above you, so you needn't click around endlessly.

You can cycle through your inventory by using the left and right bumpers which actually makes it the most convenient of all of the versions. 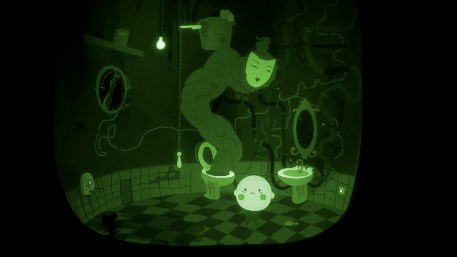 Both handheld and docked mode handled the graphics and gameplay with ease with very little lag and only a couple of iffy glitches, including a disappearing head.

In terms of the game's negatives it certainly doesn't lie in how it played or felt on the Switch. It felt right at home.

However, the usual 'buts' are present. While the levels are short enough to keep your interest, they can occasionally be a little slow to work through, especially if you've had to backtrack a little.

Turn on the light

Bulb Boy isn't a new game, but it has adapted to the Switch comfortably and with little change.

It's nice to see that this isn't just a hashed together port, but rather one that's been tailored to the necessary specifications.

Bulb Boy makes itself at home on the Switch to give us a spooky puzzler to play at home or on the go
By Emily Sowden
| Jul 6, 2017 |
Switch
Find out more about Bulb Boy

The Legend of Zelda: Breath of the Wild DLC review - worth forking out the extra cash?