Coming to iOS and Android this week

If you're a bit partial to huge combat adventure games, you might want to keep an eye on the App Store and Google Play later this week as Panthera Frontier makes an appearance.

Panthera Frontier is an endless space exploration game with tactical, ship-on-ship combat. Featuring a huge, fantasy universe it's up to you to recruit, train, and control a large variety of crew members to give you the edge and come out on top in battle.

Whether you're playing with the assortment of available guns or racing against time to defend and repair your ship, there's a ton to do here. Not to mention a ton to craft, customise, and upgrade while you're at it.

Just to keep things fresh, there'll also be daily missions to take part in and updated content as time goes on. 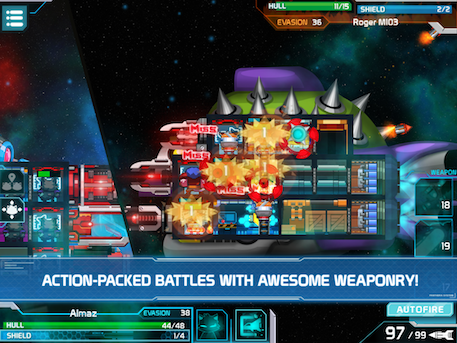