There's nowhere to hide on the internet

On the lead-up to E3 the most rumoured and leaked game so far has been Mario + Rabbids Kingdom Battle. However, the rumour train just keeps on rolling as a Tweet by Japan Expo may have accidentally dropped the ball. 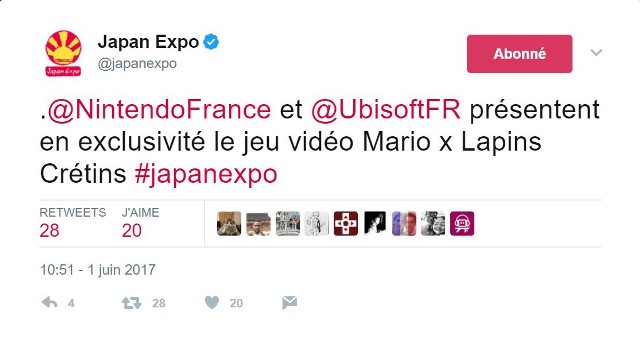 Mario + Rabbids Kingdom Battle is the so-far unconfirmed crossover between the two franchises that we've seen quite a few newsbits this past month after the game slipped back into the spotlight. Only last week the apparent marketing images were leaked, showing off the details of the game's characters, weapons, and general gameplay.

Today, Japan Expo's Twitter account Tweeted out: "@NintendoFrance and @UbisoftFR presents in exclusivity Mario x Raving Rabbids #japanexpo", before it was deleted not too long after. Of course, nothing really gets deleted on the internet.

Take everything with a pinch of salt as always, but with E3 arriving in under a fortnight, the possibility of it being legit is looking pretty good.

Bouncy Hoops review - An easy to pick up basketball experience