Tempest is an open world pirate RPG which just launched on iOS and Android. It was originally a PC exclusive, but us scurvy dogs have got the complete version ported onto mobile. Impressive stuff.

You play as an ambitious captain who wants to be the most feared pirate on the seven seas. To achieve that, you'll need to rob, plunder, and complete a bunch of quests to earn some cash.

And with that cash you can buy a new ship, upgrade an existing one, or hire crew. There's a bunch of different weapons, rigging, and decorations to buy that will allow you to build a ship that plays and looks exactly as you'd like.

At review, we had mixed opinions of Tempest, saying: "There's a big idea in Tempest, but it gets lost in the swells and eddies of its empty seas".

We also asked the App Army for their thoughts, which are detailed below.

This is pretty great! The graphics are fantastic and it plays like the ship sequences in Assassin's Creed IV: Black Flag.

It controls extremely well and it's really fun to travel around the map battling other pirate ships. 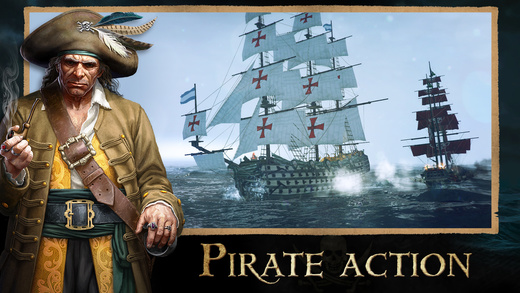 The tutorial was a little bit awkward though. I felt like it could be a little clearer.

So far this is great. The graphics are nice and the music is exciting.

The tutorial is weak though. It doesn't cover the features very well, so I found myself stumbling around a bit at first.

It handles well enough, though the button to raise and lower sails was a little tricky to press. It's right on top of the navigation button.

When you enter the world of Tempest, you are instantly living in the middle of a blue sea full of cargoes and pirate ships.

I love the open world here - it's huge, and feels like you're taking a risk to explore it. Monsters (like the Kraken) can suddenly attack you.

There are a lot of upgrades, weapons, and ships to buy. You can freely upgrade and customise your ship. 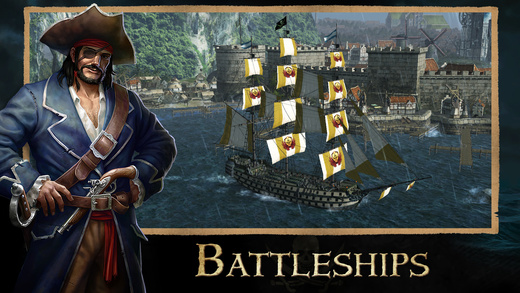 Tempest combines the combat of Assassin's Creed Pirates with the living world of Sid Meier's Pirates. It really feels like the world is breathing at times - especially when you're sailing through a storm that stretches as far as the horizon.

My first couple of encounters left my ship in tatters, at which point I'd limp to the nearest port. I had to adopt tactics to outmaneuver the enemy, dropping my sails to fall out of the line of fire.

It's not perfect though. I've encountered a bug that doesn't allow me to purchase new cannons despite having the gold at hand to afford it. I also wish I could commandeer abandoned ships. That's what pirates do.

Either way, I'm having plenty of fun with it.

I've got mixed feelings toward this. It's supposed to be an action RPG but it moves at tortoise pace. You'll slowly but steadily start to win if you're patient enough.

The graphics are nice and there is plenty of stuff to do and see. But the battle system is not challenging enough and there's no real action.

To put it simply, it lacks spark. 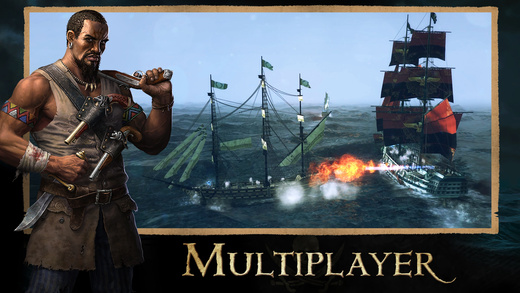 Ahoy, me hearties! Pirates love to loot and this game offers exactly that. Looting to upgrade your captain, crew, and ship is what being a pirate is all about. You're driven forward with a revenge tale that feels plucked right out of Moby Dick.

You have to find the sea monster that sunk your precious vessel and separated your crew. It's enough to make a pirate out of you.

When you fire up Tempest, it throws you straight into the tutorial. It's a surprisingly cool introduction to the game. It does a good job of showing you the ropes, but I felt that pressing the help button on the top left corner was more helpful most of the time.

It's looks great - particularly the water effects. There are many mysteries to explore on the high seas, many of which you can see from a distance during random encounters. It captures the feel of danger and adventure brilliantly.

You can visit towns to buy upgrades for, or repair, your ship. You'll do the latter a lot.

There are a bunch of side quests to complete, but I'd recommend doing a few main quests first to unlock a few officers. These give your ship and crew some nice stat boosts.

Overall, Tempest is a great game, but some might be turned off and walk the plank by the asking price of $7.99. 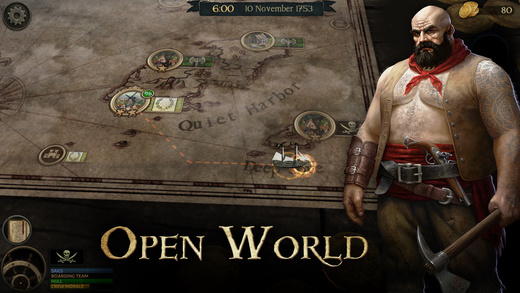 It's a unique experience though, which you can't find anywhere else in the App Store.

Tempest is a fun game to play. I like it very much but it's a bit slow and never picks up pace.

You go back and forth between destinations to rescue people and loot different ships. Pirates love the loot.

Tempest shines in the combat department. I love shooting cannonballs and seeing the enemy ship get destroyed.

It's a gorgeous game as well. The water effects are nice and you can adjust the settings if your device can't handle it.

Overall, Tempest is a really nice game with plenty of quests to keep you engaged for a while. And there's nothing else out there like it really. 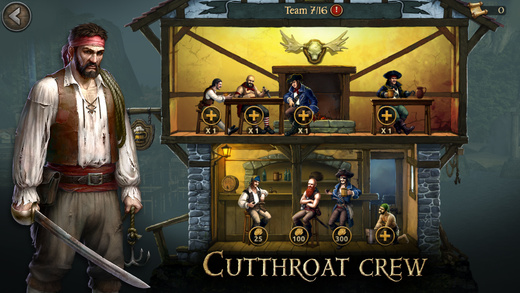 Screw your bosses over in the clicker Office Space: Idle Profits, out now on iOS and Android

There's a kraken in these seas and it's coming for you