Oxenfree Review - rich in content or just a load of white noise?

By Emily Sowden
| Mar 20, 2017
iOS
|
OXENFREE
Get OXENFREE on...
Find out more about OXENFREE
Available on: iOS + Android
Subscribe to Pocket Gamer on

Oxenfree is a narrative mystery adventure by Night School Studio, but don't be fooled by its artsy aesthetic - this game's got the creep-factor, for sure.

Though its controls can be a little temperamental at times, Oxenfree feels right at home on mobile and this port doesn't feel like it's lacking.

You play as Alex, a spunky teenage girl with blue hair, and you're headed to Edwards Island for an annual beach party with your friends and step-brother. It just happens there's an abandoned navy base on the island. 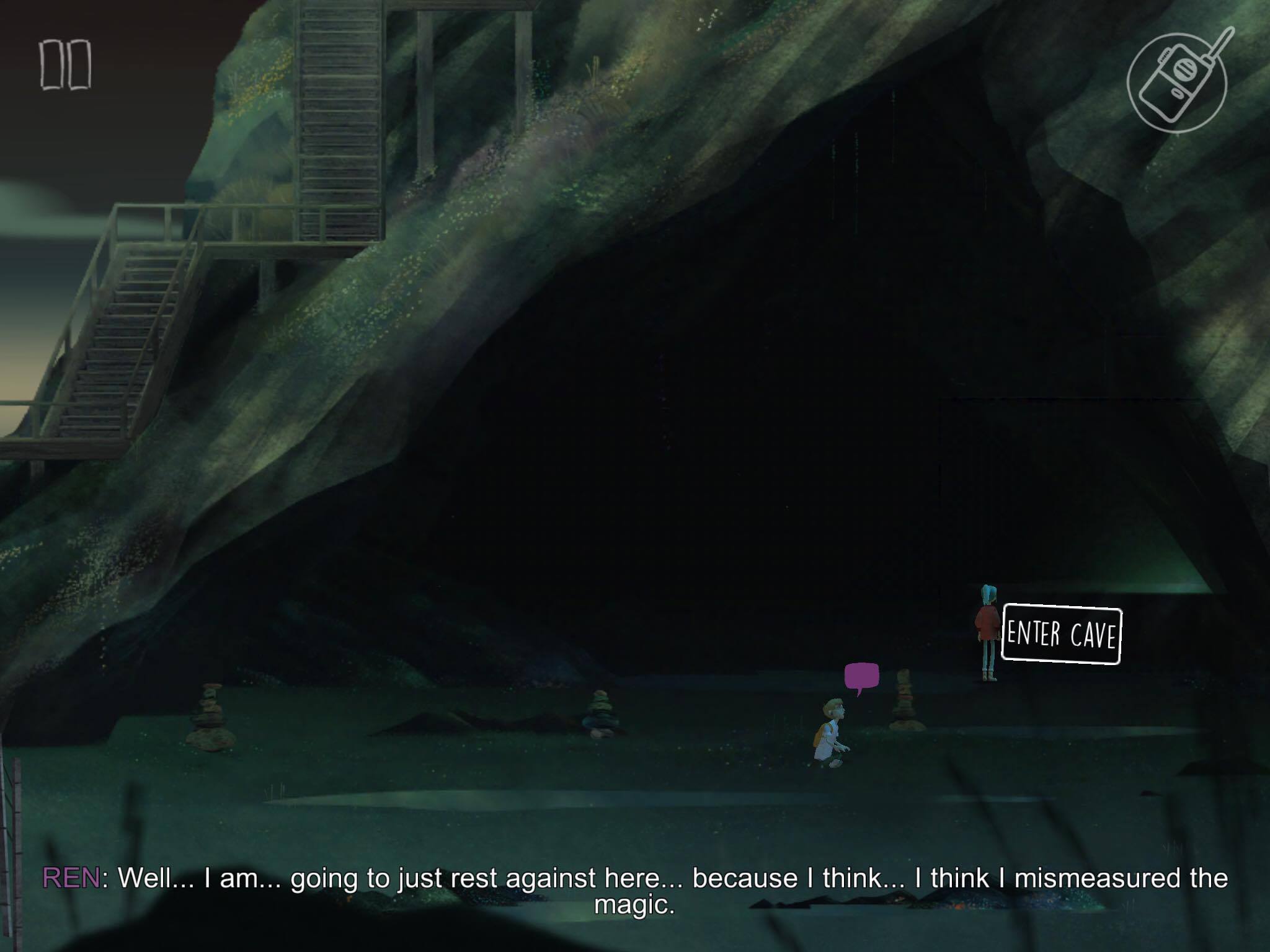 Of course, it wouldn't be a supernatural mystery game without someone doing something stupid to kick things off, so you end up using your radio and accidentally open up a portal to an alternate world - no biggie.

After waking up on a different part of the island, with your friends scattered to the wind and no recollection of the last hour, it's up to you to figure out how to get the eff out of there, pronto.

Thanks to the excellent writing, top-notch voice acting, interesting characters, and some nicely timed wit, the story itself is enthralling.

Its use of multiple choice is also a nice factor. Even the smaller decisions effect the way your friends perceive you throughout, and can alter the ending in one way or another.

You can come out now

The 2.5D aesthetic used for the game is wonderfully deceptive. Given that it covers paranormal and supernatural elements, the game manages to avoid cliche pretty darn well.

Yeah, it's an abandoned navy base - but it doesn't look abandoned, and that's the benefit of using a view with so much negative space. A lot of the level design is haunting, but it's also beautiful.

Where Oxenfree gets its creep-factor is its audio, which makes perfect sense. By using pieced-together voices, stuttering static, and bassy, horn-like tones, it really does make the experience unsettling once it gets going. 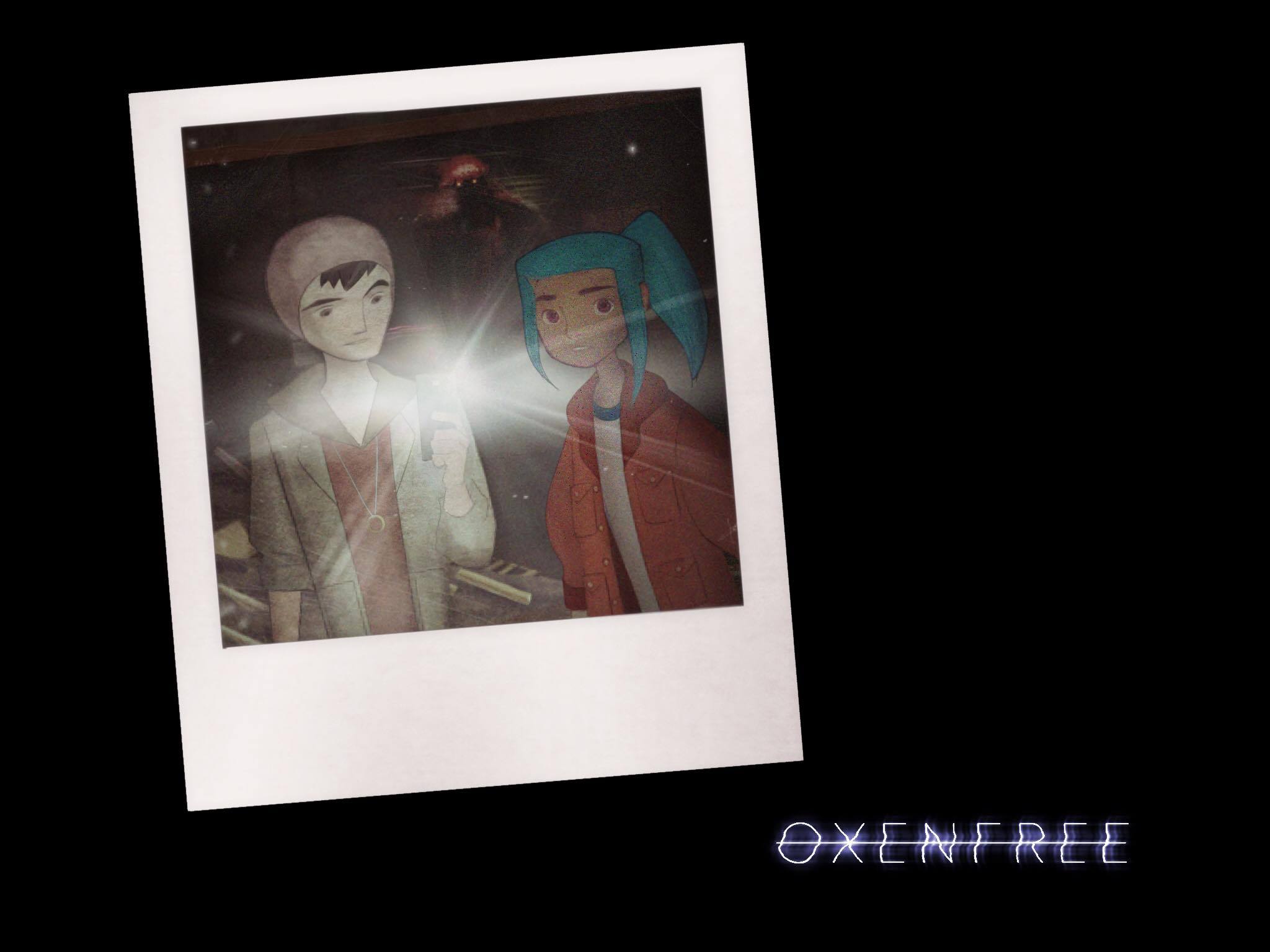 Its only negative are its controls. Whether you're tapping or holding your finger down to make Alex move, it doesn't always register, and sometimes takes a few attempts to actually get going.

If you're the sort of gamer who doesn't particularly like a ton of narrative, it's likely this won't be for you.

With little action, plenty of rich story, and a lot of walking, things can be a little slow at times. But Oxenfree is well deserved of its positive reviews and BAFTA nominations.

Though it may not have exactly the same finesse as its console/PC versions, it's a game that's equally creepy as it is hilarious, and it's an absolute must-buy.

It may not be a particularly long game but Oxenfree is the right kind of creepy without relying on visual cliches
By Emily Sowden
| Mar 20, 2017 |
iOS
Find out more about OXENFREE

The BAFTA-nominated adventure OXENFREE launches on iPhone and iPad