9 iOS and Android games to play on Boxing Day

Picture the scene: 'Tis the day after Christmas and all through the house, not a creature was stirring... because you're all suffering from a food and booze hangover.

You still want to play some games though because, well, it's Boxing Day - the day to relax and feel guiltless about it. But that doesn't solve the problem of how you can even play games when every movement is pain, and thought agony.

Don't worry, we've got you covered with these nine games that barely need your input.

Bitcoin Billionaire - Get it on iOS or Android (free-to-play)

You start from the bottom and rise to the top to bathe in money and success in this incessant clicker!

Here you create your very own success story by starting your own YouTube channel.

You'll tap away to make videos, gain views, gather subscribers, and climb to the top of the YouTube scene to kick Pewds off his throne.

Pocket Trains - Get it on iOS or Android (free-to-play)
Nimblebit's cracking little management sim will have you managing your own rail in no time.

Haul important cargo around the world and build up your train while you're at it - all with the tap of a finger.

Probably as chilled as a game can get, The Trail is an exploration game where you travel around, collect goodies, trade, and eventually settle and build your own place. Ahhh, relaxing. 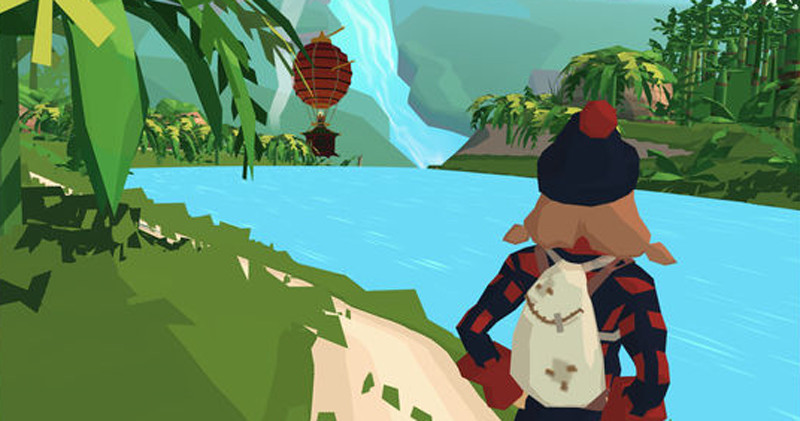 The Oregon Trail - Get it on iOS or Android

Just like the trail, only with a little more wild, wild west, The Oregon Trail has you travelling for a place to settle down. Ahhh, relaxing...again.

Easily the best Telltale game to date, Tales from the Borderlands is a narrative joy from the first minute to the last.

With brilliant humour, an exciting array of characters, and a story line that continues to grip you hours into it, this game'll definitely help you through the headaches.

In terms of story, this one takes the cake. Sure, the multiple choice / decision-making may be a little off but long-term fans of the series are probably still trying to get over this first instalment - I know I am.

Burly Men at Sea is a super simple and pretty little game that requires only two things of you: pick a direction and read some story.

Oh, and a third thing: smile like a child as you're led into this magical little world.

There's a reason this won so many awards. Her Story is an adventure in its simplest form.

NimbleBit announces the release date for Pocket Trains over the tannoy

This is special. THIS IS SPECIAL!